The Diabòlica de Gràcia grew out of the Diables de Gràcia, following a split in 1982. One of the two groups it produced was the Colla Jove de Diables de Gràcia. They wanted to differentiate themselves from the other diables, who were more traditional and based on the Penedès model. The Colla Jove decided to include women in the festival, to take part in the correfocs and make their fire and gunpowder displays more spectacular. They adopted the name Diabòlica de Gràcia in 1984.

The colla has its own tabalers. This percussion section was created in 2006 and the drummers are arranged by instrument: snare drums and other side drums of various sizes and pitches, and bass drums. When the Diabòlica perform, the tabalers provide traditional rhythms plus some of their own compositions, such as "Jo vaig de blau", "Oye como va" and "Pollastre a l’asum".

In 2006 the colla acquired new outfits, consisting of blue coats, yellow trousers and a hood decorated with two yellow horns.

The Diabòlica's shows are a common feature of the Gràcia neighbourhood's programme of cultural and festive events, and they often help to organise them. 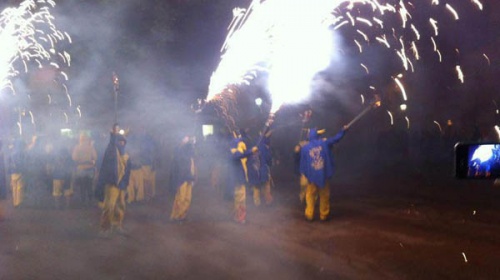 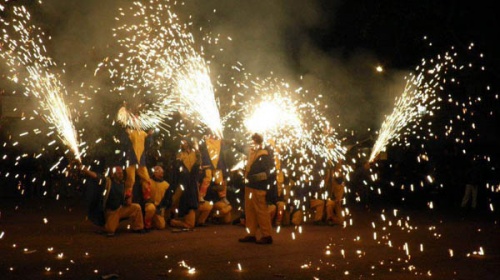