Aside from the adult diables, La Satànica has a children's group of diablons and a group of tabalers, who accompany the shows with a variety of percussion instruments including cowbells, snare drums and various other side drums. They also have a dragon, Bretolàs, which has its own dance and a theme tune that can be heard when it appears.

Since the Satànica was created, they have been very active in the social and festive life of Sant Andreu. They have introduced some new festival events, such as the Tres Tombs Infernals – based on devil celebrations in other Catalan-speaking lands – and satirical verses for the correfoc fire run in the annual neighbourhood festival, the festa major. They are also responsible for bringing the Canigó Flame, which the diablons collect from Plaça de Sant Jaume, to Sant Andreu each year. And since 1997, they have handed out coal in the Three Kings procession in Sant Andreu.

The group's fire spectacles went as far as the German cities of Hanover and Wolfenbüttel in the summer of 1995, when they attended the 8th Aplec Internacional de la Sardana i Mostra de Grups Folklòrics de Catalunya, an annual event that takes Catalan dance and folk traditions to other countries. The following summer they attended the 9th edition in Luxembourg and in 1998 they went to Hall in Tirol, in Innsbruck, Austria. They also performed in Toulouse in 1995 and 1996. 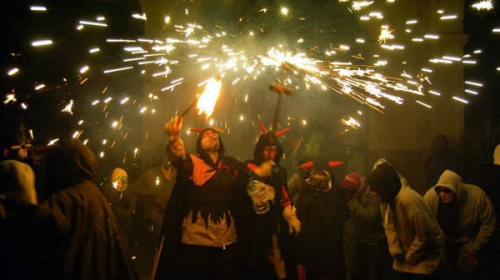 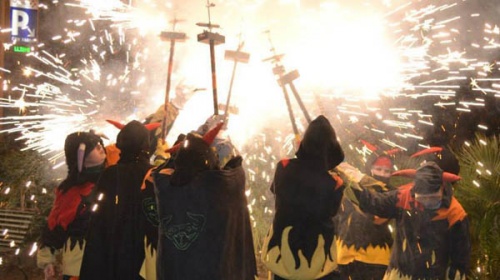