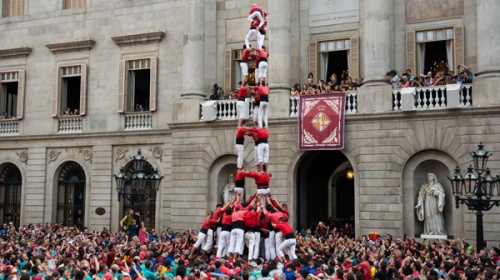 Festival human constructions aim to create architectural structures in which the basic building blocks are people. They are spectacular constructions, some very spectacular, of varying heights and shapes but with a common denominator: they all essentially require effort, technique and teamwork.

There are various traditions around the world that are based on human constructions. Those furthest away can be found in India, where the Govindas build human pyramids to beak the handi, an earthenware pot containing butter and other food products. In Europe, more precisely in towns in southern Italy, the Pizzicantò build towers that turn to the rhythm of the songs sung by the people in them.

We can also find examples of these constructions in the traditions of the Catalan Lands. The moixigangues in Valencia, also present in Catalonia, and the Taüll pila are good examples.

But the big constructions are those built by the castellers and the falcons, and both types are enjoying a big growth across Catalonia.

In Barcelona we have all three: six groups of castellers, one of falcons and one of moixiganguers who build spectacular structures that reach for the sky. 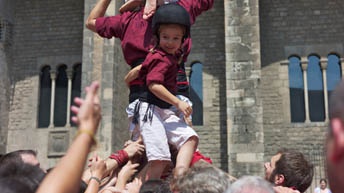 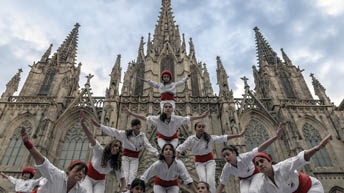 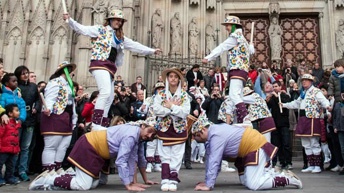