It is the only colla falconera in the city and follows a tradition that sprang up in the first third of the twentieth century, in the counties of El Penedès, Garraf and Anoia. Since 2009 they have had their own centre at the Casa dels Entremesos, the Centre for Promoting Traditional Popular Culture, where they rehearse in summer. In winter they rehearse at a local secondary school, the Institut Príncep de Viana.

Falcons de Barcelona members have performed all over Catalonia as well as in the Basque Country and in Poland. Like all the falcon groups they wear white shirts and trousers, but with a red waistband and their badge on their shirt.

The falcon groups do two types of figures, static and dynamic. The Falcons de Barcelona build the more usual figures, such as the pyre, the stairs of nine and the flight of three, but they have also introduced some new, more complex ones, such as the fir tree, the walking stairs and the peacock.

They have an official mascot called Nikulau, aka Niku or Niku Nilku, to call the falconers, the people who build these human pyramids, together. This resin, fibreglass, papier-màché falcon also keeps the children entertained and livens up the performances. 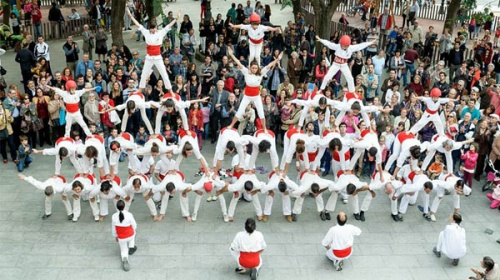 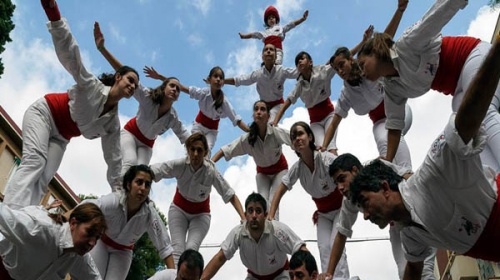 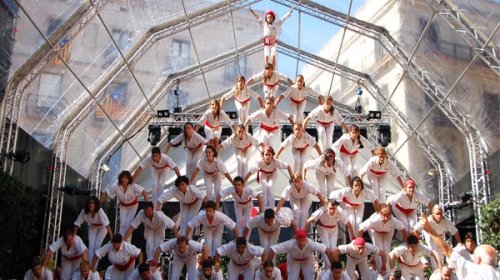 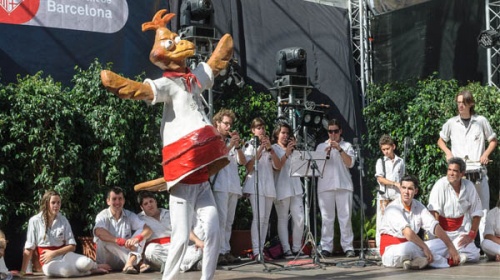 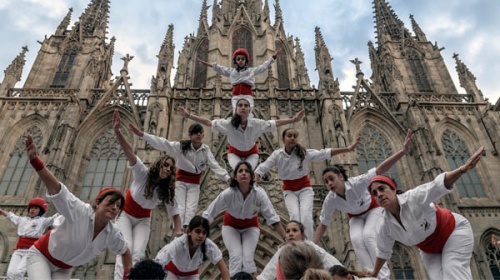 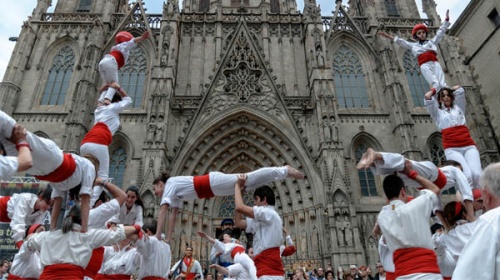