Pillow or bobbin lace is a textile art that consists of making fine, complex, delicate work from a card template, thread, bobbins, pins and a pillow. It appears that it originated in Venice in the 16th century. In Catalonia, from the 18th century onwards, the pillow lace technique led to an industry that survived until the middle of the 20th century. Some lace workshops were famous, for example, Casa Castells in Arenys de Mar.

With the disappearance of the lacemaking industry, the technique of making blonde lace, lace cuffs, handkerchiefs, etc., remains the know-how of lacemakers, puntaires, who continue to make them for their own enjoyment and pass on their knowledge to those who want to learn.

Today there are lots of lacemakers gatherings, trobades de puntaires, around Catalonia, with some in Barcelona. Apart from producing their own work, lacemakers get together in associations that belong to a national association, the Associació Catalana de Puntaires. 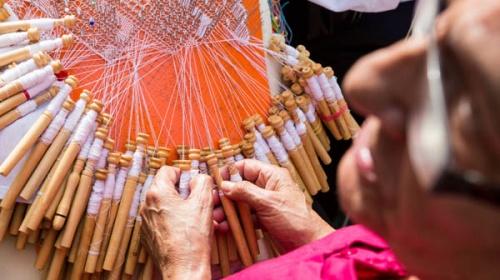 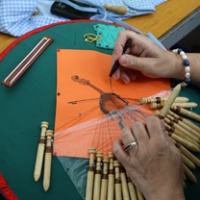 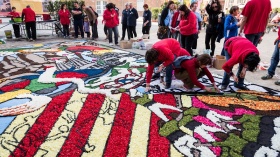 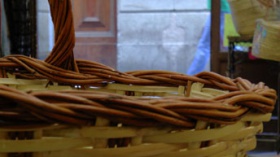 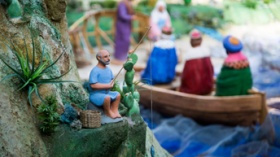 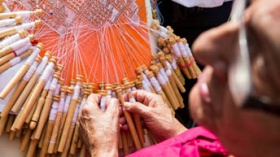