Why we are declaring a climate emergency 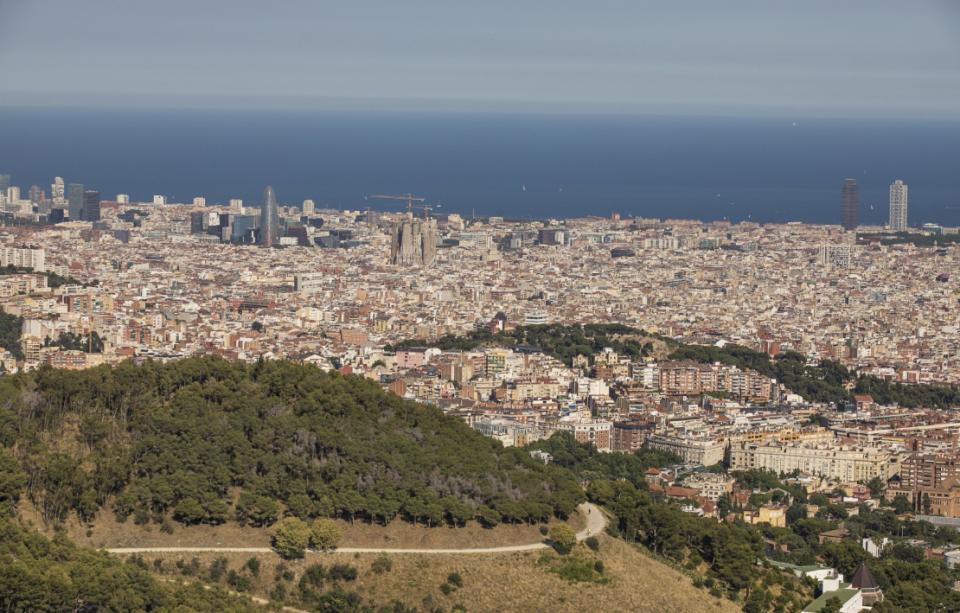 We are not on the right track for achieving our targets

We are facing one of the most important and complex challenges that humanity has ever had to face. According to the latest studies of the Intergovernmental Panel on Climate Change (IPCC), if drastic changes do not take place and greenhouse gas (GHG) emissions are not reduced, it is “extremely unlikely” that the targets of not increasing the average global temperature of the Earth by 1.5% set in Paris will be achieved.

In fact, this increase in temperature can already be seen in Catalonia, where the average annual temperature has gone up by almost 1.2ºC in the last 65 years.

If the current rate of emissions continues, it is probable that the average temperature of the planet could rise by over 3ºC by the end of the century.

The mitigation and adaptation challenges are huge. We need to rethink our model of production and consumption, our culture, our lifestyle. In fact, the national contributions agreed to in the Paris Agreement (2015) are not enough to achieve the targets set. We need to be more ambitious and establish the mechanisms and instruments that are necessary for decarbonising the economy and becoming carbon neutral by 2050.

We have 10 years to reduce man-made GHGs by 45%, which would allow us to become carbon neutral by 2050, if we don’t want to exceed those temperature increases and their effects to be irreversible. That gives us little margin of time to act. So we need urgent, drastic and effective measures. We have to act without delay and by involving the public.

Just 5 countries emit almost 60% of global greenhouse gas emissions. Furthermore, a mere 20 multinational companies emit 35% of them. Climate justice is to do with those people who have more responsibility, as the ones causing the climate crisis, being the ones making the most effort to tackle it. There is no way we can offload that responsibility onto those suffering the worst consequences and who have fewer options for adapting to it. It is related to the unfair distribution of negative impacts between countries and regions, between generations, genders and species. In short, it has to do with inequalities and what determines our capacity for managing and adapting to the crisis.

To reduce inequalities and take care of people who are vulnerable

The climate emergency forces us to recognise that we are vulnerable and very eco-dependent. Given that it greatly increases social inequalities, now more than ever we need to take care of those people who, either because of their socio-economic situation (it is estimated that 10% of Barcelona’s population is in a situation of energy poverty) or their condition, health or age (older people and babies), suffer the effects of climate change more directly. For example, women are more vulnerable to the impacts of the climate crisis. As many as 80% of the people displaced by it are women, yet they are the main caregivers. So, if we are to tackle the climate emergency, we have to transform an economic model that is unsustainable and unfair. We need to champion values and policies guided by shared care work and fraternal or sisterly relations with other human beings, other living beings and ecosystems, in private, public and community spaces. Moreover, the measures that are taken must not call for more effort from the most vulnerable sectors but rather from the most privileged.

Cities have a lot to say and a lot to do

The revolution is clearly an urban one. Cities are the big consumers of resources and energy (they generate 70% of global GHG emissions) but they also have a large part of the solution in their hands. In fact, cities have enormous potential and a strong will to change things.

Barcelona City Council is firmly committed to implementing locally the climate policies agreed on at a European and international level. It has signed all the important agreements, including the Covenant of Mayors for Climate and Energy, and is networking with other cities to march together towards the energy transformation.

We need to join forces

Irrefutable scientific evidence and the climate change effects we are already suffering have created a big social movement all around the globe which is calling for strong and urgent measures. This demand is an opportunity for us to make the necessary changes in the way we live. Tackling the change requires all of us to be involved. We need to join forces with all the players involved.