Egypt evokes a world of magical echoes, fabulous adventures, legendary dynasties and wisdom hidden behind hieroglyphics. While it is true that the interest it continues to awaken in us is based on the same motives that dazzled our predecessors, it is also the case that it has returned wrapped in different meanings, the consequence of a process that started with the Egyptomania of the 18th century, which later gave way to the Egyptian Revival style of the late 19th century and ended up becoming a mass cultural phenomenon in the early 20th century. The book, which is the fruit of an exhibition held in 2021 at the Museu Etnològic i de Cultures del Món, looks at the way in which the idealised image of a distant, mysterious past has become a part of our collective imagination through the interpretation of vestiges of this fascination that form a part of Barcelona’s history, such as obelisks, sphynxes and pylon gates, and also everyday objects, through travel literature, stage sets and the films of Cleopatra or mummies. 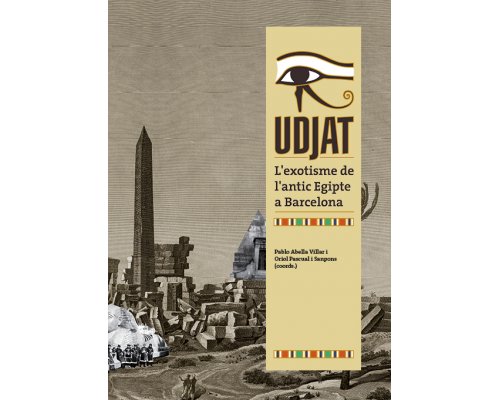