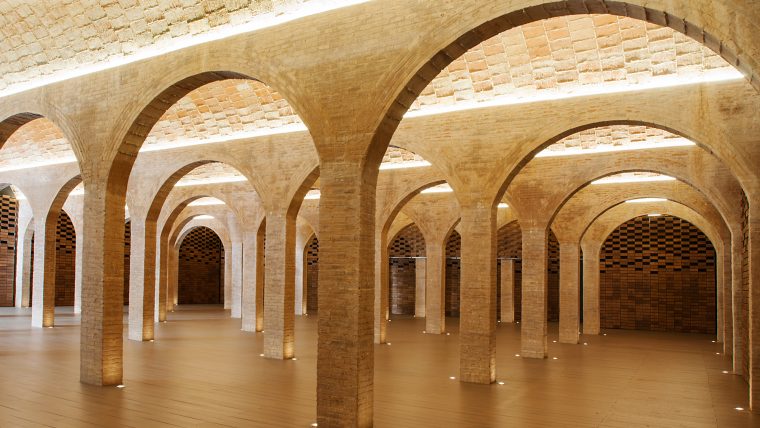 The cistern is located underground between the streets of Jaume Càncer and Bellesguard, and was originally used to collect rainwater. The City Council has now recovered it after many years of disuse and is currently converting it into a multi-use cultural centre, which is scheduled to open in 2016. The cistern is referred to in historical documents dating back to 1361.

A mine of water

The construction of the cistern is linked to the existence of a water deposit that crossed the site: historical documents explain that in 1361, the Crown ceded the property and the use of its water to Bartomeu de Climent. At the beginning of the 19th century , a royal concession was awarded to Jacint Roig, and years later, in 1876, this was acquired by Salvador Homs i Roca, under the obligation of improving the property.

Next to the torre del bellesguard

The Rei Martí Cistern was discovered in 2001. It is very near Bellesguard House, the unmistakable castle-shaped building designed by the architect Antoni Gaudí, which was built on the remains of the fortress where King Martí I l’Humà (Martin the Humane) spent his final days from 1408 to 1410. The cistern was named after this fact. The site measures 585 square metresand has seven longitudinal chambers with arches and 30 pillars. It is located underneath a green area which is to be turned into a leisure area for local residents.