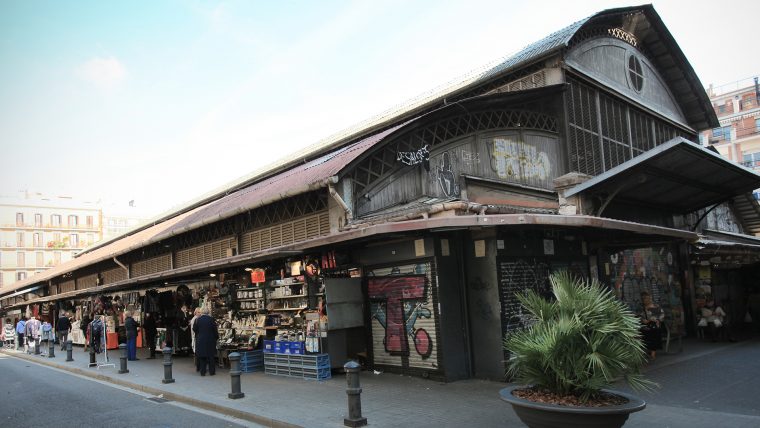 The Abaceria Central, on Travessera de Gràcia, is one of the busiest places in the neighbourhood. Its produce, affordable prices and long history of serving local people have turned the market into a symbol of Gràcia’s workers and craftsmen. A refurbishment that will prepare it to face the new challenges of the 21st century is imminent.

While the upper part of Gràcia traditionally belonged to the well-off, the southern end was where the factories, the working class and the humble houses were to be found. The market itself was built on the site of an old cotton mill called Vapor Nou, one of the most important factories of its day. More than a century has passed but the Abaceria still has that working-class market atmosphere it has always had.

Like so many other centennial markets in Barcelona, the Abaceria Central has a metal structure enclosed in bare bricks, and consists of three aisles, a large central one and two, smaller side aisles. A notable feature of the building is the slightly curved roof, as if the ceiling were made of giant roof tiles.

This market has also been immortalised by the writer Merc è Rodoreda in her novel La pla ça del Diamant, because the main character, Natalia, a symbol of humble working women in Barcelona at the start of the 20th century, came here to shop.