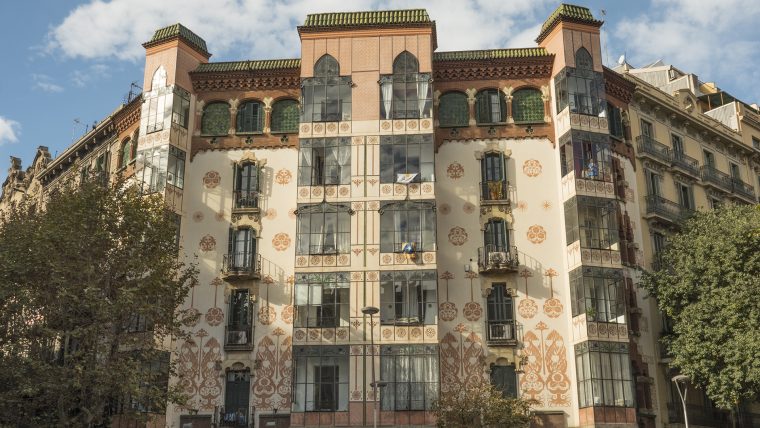 Designed by commission from the lawyer and landowner Manuel Llopis Bofill, the house named after him is a magnificent Modernista residence built between 1902 and 1903. In contrast to other contemporary architects, Gallissà discarded the prevailing neo-Gothic style for the facade and opted for more oriental-style features.

The location of Casa Llopis Bofill on a chamfered corner forced the architect to distribute the usual elements of the facade in a very unorthodox manner. In the middle, a vertical band with bay windows splits the facade into two symmetrical parts and, on the sides, a column of bay windows adds the finishing touch to the two vertexes. As for materials, Gallissà preferred brick and stucco to the traditional stone, and he combined those with iron, ceramic tiles and glass. The current appearance of the house is very like the original, despite the work carried out to repair the damage caused during the Civil War.

In search of a national architecture

Like many other architects and intellectuals of the time, Gallissà believed it was necessary to find a national style that would convey the spirit of Catalonia, along the lines Lluís Domènech i Montaner had posed in his famous essay En busca de una arquitectura nacional (In Search of a National Architecture).