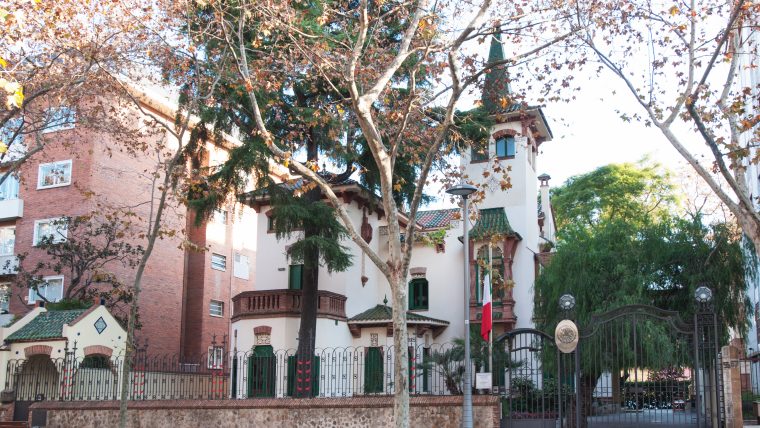 Muley Afid was Caliph of Marrakech and the son of Sultan Hassan I. He later became sultan too, but only for four years. He commissioned the architect Josep Puig i Cadafalch to build this magnificent house, which he hardly ever saw. It is a three-storey Modernista building that has various terraces and viewpoints, along with a singular tower on one side.

The thousand and one vicissitudes

Both the house and its eccentric owner had a number of adventures worthy of the very best oriental tales. It is said that the Sultan’s love affairs were common knowledge to the whole of Barcelona high society, as were his parties and his gifts. The house degenerated from splendour to abandonment on various occasions. It was used for different purposes and was even occupied by squatters.

Muley Afid’s residence is just like a fairy-tale house: it has white walls, with occasional features that give it touches of colour (green on the windows and the glazed ceramic tiles, and red on the railings and the brick Salomonic columns). In its interior, pictures attributed to Opisso show scenes of leisure and games from the period. The building was restored in 2002 by the architects Pere Joan Ravetllat and Carme Ribas, and currently houses the Mexican Consulate.