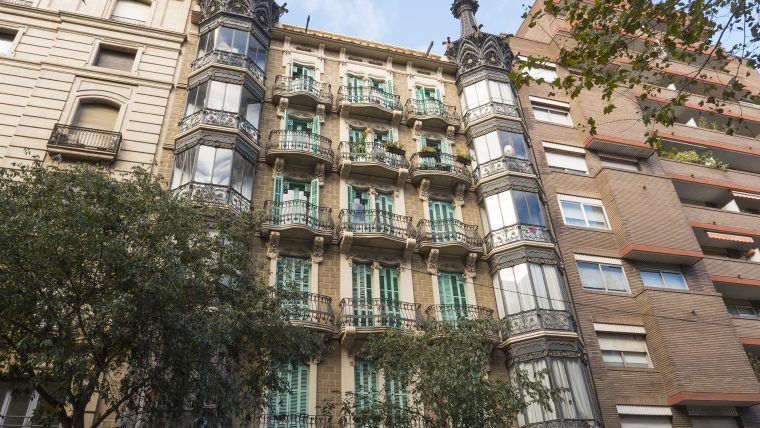 Casa Santurce (Carrer de València 293) is noted for its polygonal bay windows with their wrought ironwork and polychrome glass, a characteristic feature of Modernisme. The architect Miquel Madorell i Rius built this family home between 1902 and 1905.

A house with a noble title

Standing between two party walls, Casa Santurce was commissioned by the Count of Santurtzi (Santurce) Pablo Ibarri. He also worked in the railway industry, making his fortune in the Americas. He commissioned the architect Miquel Madorell i Rius to design the residence you can still see today.

Listed as an Asset of Local Interest, Casa Santurce has a symmetrical facade with five openings per floor. Each flat has its own balcony made of stone with an iron balustrade.

The building’s outstanding features are the bay windows at either end of the facade. These are a very Modernista detail, made with wrought iron and polychrome stained glass, and crowned with little towers covered in black ceramic. Even today you can still see a coat of arms with the owner’s name at the entrance.