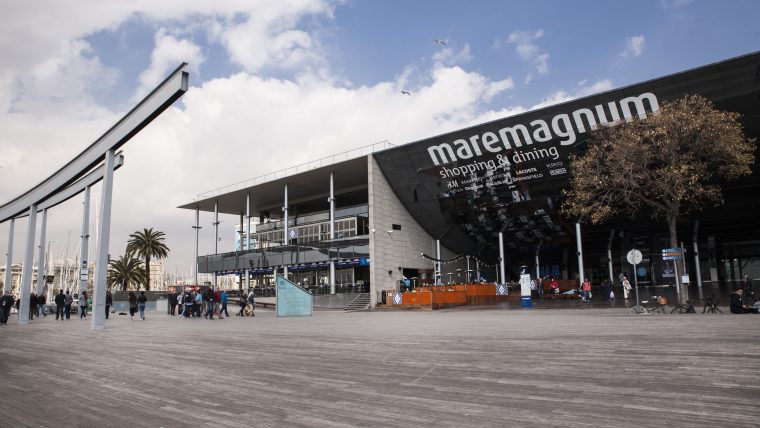 Shops, restaurants, cinemas, the aquarium as well as entertainment and cultural events attract a good number of locals and tourists alike as who go there every day of the year to shop while enjoying extraordinary views of the sea.

Much more than just shops

There are few shopping centres such as the Maremàgnum. Besides its wide range of boutiques it also boasts a full programme of activities for all ages, such as the urban Downtown Market, held each first weekend in the month and the special events for particular dates, such as Christmas or Saint Valentine’s day. Throughout the rest of the year there are craft fairs, displays by castellers [human-tower builders], visits from giant and “big-head” figures, shows for kids, live music, dance displays and a whole lot more.

Views of the city and the murmur of the sea

The Maremàgnum is located in front of Port Vell, with several means of access: the most spectacular without doubt is from the floating bridge at the end of the Rambla, opposite the Columbus monument, and now known as the Rambla del Mar.