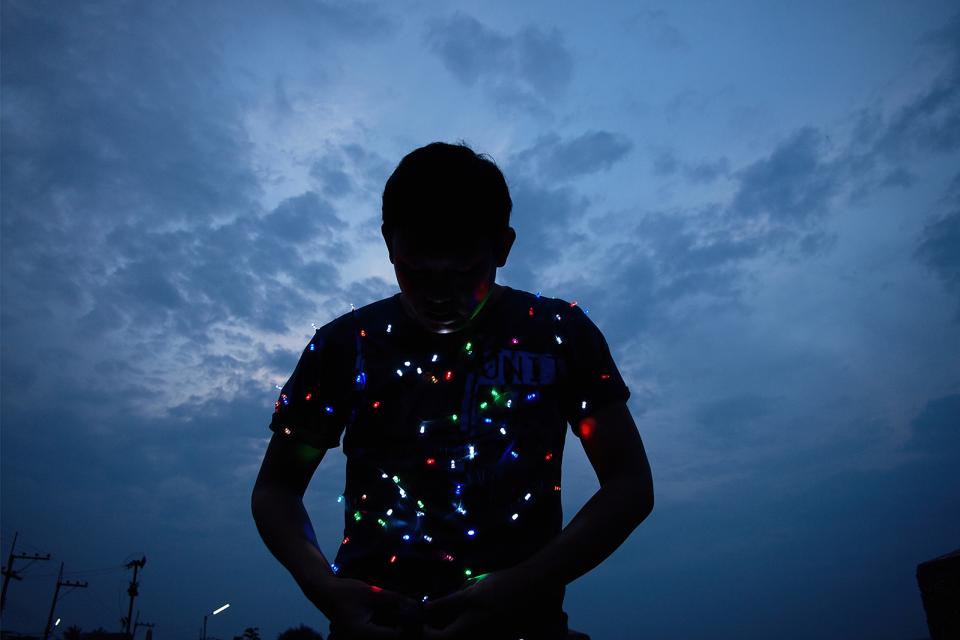 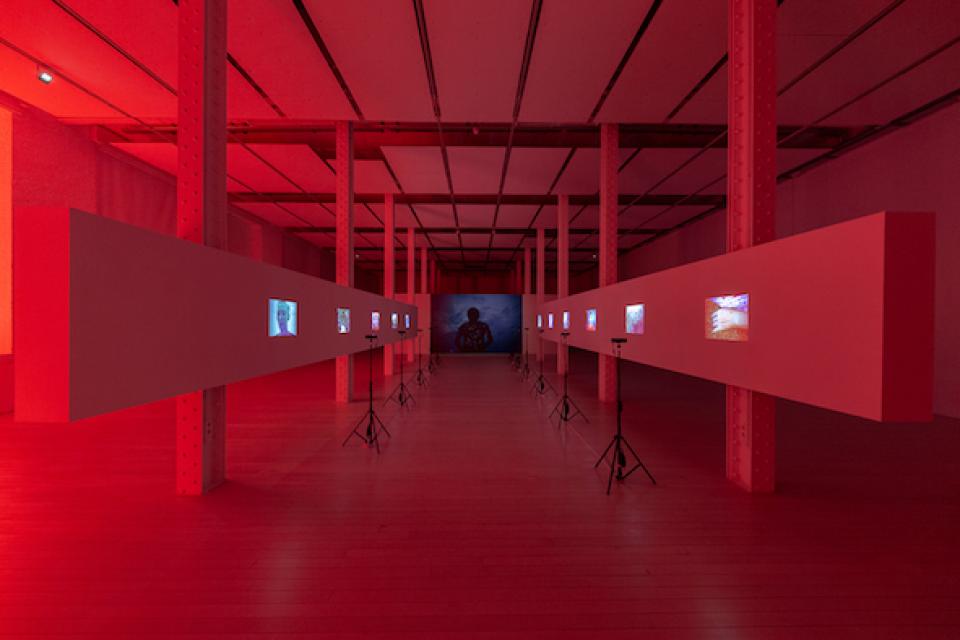 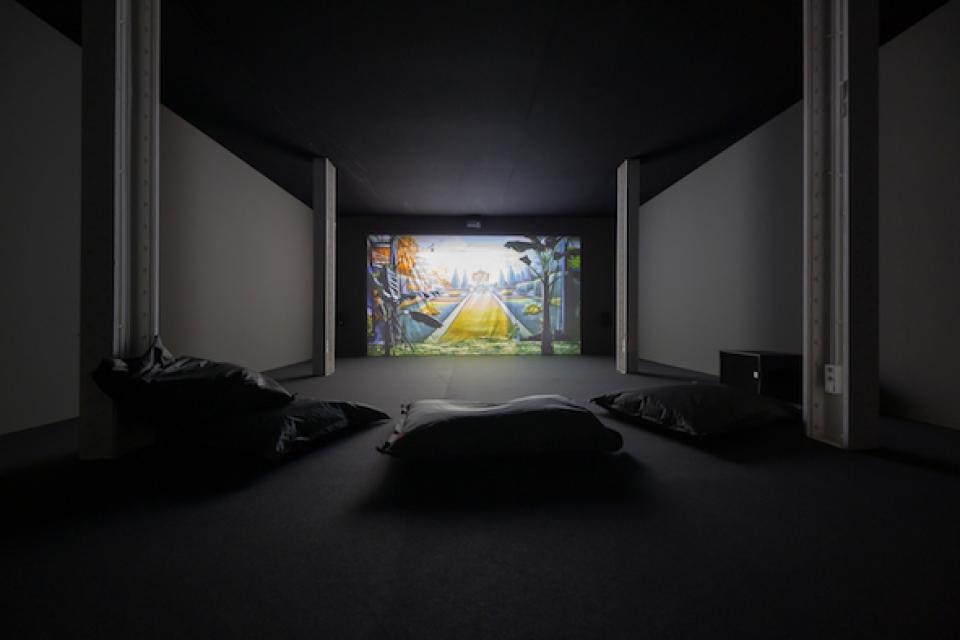 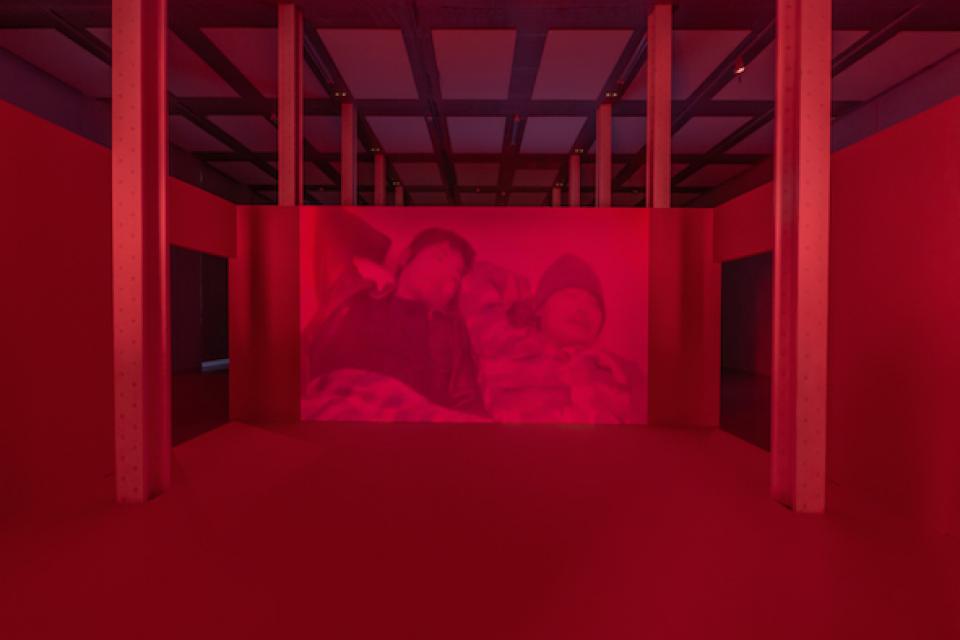 Fabra i Coats: Contemporary Art Centre of Barcelona presents Periphery of the Night, a monographic presentation of Thai artist and filmmaker Apichatpong Weerasethakul.

From films to artworks and environments to photographs, an expanded conception of cinema is represented by this artist, who sees motion pictures as the deployment of our soul, a visible and invisible interface filtering the various processes that animate us. Presenting an immersive project for every room, in which animals and humans, ghosts and forests and the living and the dead cohabitate in slumbering interstitial worlds, the obscurity of his artworks is charged with subversive power, as though the experience of darkness might transform us and reactivate our conversation with the living. At th   e heart of this alternative half-light, the idea is to deploy a relational ecology.

Apichatpong Weerasethakul was born in 1970 in Bangkok, and grew up in the city of Khon Kaen, in north-eastern Thailand. Independently of Thailand’s commercial film industry, he strove to promote experimental and independent cinema through his production company Kick the Machine, which he founded in 1999. With his friend Gridthiya Gaweewong, he founded the Bangkok Experimental Film Festival 1997, which he chaired three times, leading up until 2008. He lives and works  in Chiang Mai, Thailand.

His work has widely been presented in international artistic and cinematographic contexts, notably at the Venice Biennial (2019), Sharjah Biennial in the United Arab Emirates (2013), dOCUMENTA 13 in Kassel (2012), the Liverpool Biennial (2006), the Busan Biennial (2004), and the Istanbul Biennial (2001), as well as in the context of individual and collective exhibitions in art centres such as the Haus der Kunst in Munich, Germany, the Walker Art Center of Minneapolis, the New Museum in New York, the Irish Museum of Modern Art in Dublin and the Musée d’Art Moderne de la Ville de Paris.

In 2009, Weerasethakul’s film, Uncle Boonmee Who Can Recall His Past Lives, won the Palme d’Or at the 63rd Cannes Film Festival. His other feature films, earning considerable acclaim in Europe, are Cemetery of Splendour (2015), Syndromes and a Century (2006), Tropical Malady (2004), The Adventures of Iron Pussy (2003), Blissfully Yours (2002) and Mysterious Object at Noon (2000). His most recent feature film, Memoria (2021), was awarded the Jury Prize at Cannes in 2021. He also  presented The Year of the Everlasting Storm, a set o shorts co-directed with other filmmakers and shown in an special session. 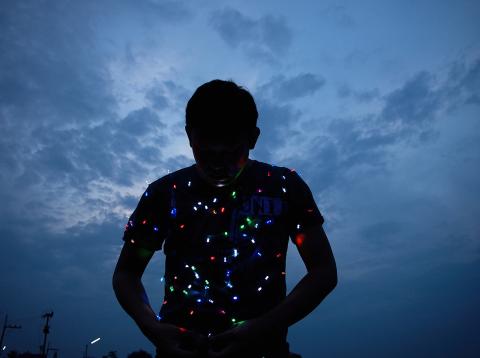