The city's art centres become unexpected stages at the hands of the residents of artistic-creation centres, who use their projects to create a dialogue with the artistic, historic and ethnographic collections that each venue conserves.

This year’s projects are:

A theatrical project that uses radio resources to present a series of characters that are passing through a park. This project is by Obskené, a company that aims to bring to the stage things that we do not usually see there. The company was created by Ricard Soler i Mallol, Constanza Aguirre and Judith Pujol in 2008, and it has presented projects such as Fuenteovejuna, breve tratado sobre las ovejas domésticas (2015 Max Award for the best stage for playwright Anna Maria Ricart), Ciutat de vidre, a show that won the 2015 Adrià Gual for the best scenographic project, seen at the 2016 Barcelona Grec Festival, and Intersections, seen at the 2019 Barcelona Grec Festival.

A Teatre Tantarantana and Museum of Natural Sciences co-production.

Around the world, many languages are disappearing at an alarming rate, in spite of their inestimable value. It has been calculated that by the end of the 21st century, only 10% of the languages spoken today will have survived. And the loss of a language means the impoverishment of humanity in a number of ways. This situation is the subject of the project created by Laura Maure, which includes a performance by a trio of female voices, walking around and uttering words that have fallen out of use, from endangered languages, such as Tibetan, Amazigh, Chamacoco and Catalan. The performers place emphasis on words, but also on another indicator, which like language, is also cultural: textiles and clothing.

Predictably, the initiative is rounded off with an immersive installation.

A Fabra i Coats: Creation Factory and Museum of Ethnology and World Cultures co-production.

Can we dream while we are awake? A verse by Joan Brossa is the title of a project that aims to explore the world of dreams in an artificial way. Virtual reality becomes a driving force for exploring the most hidden part of our consciousness, based on the poet's hypnagogic imagery and the work of Josefa Tolrà, a self-educated medium and artist who fascinated Brossa. Using virtual reality as a vehicle, we aim to take the audience on a journey through the world of dreams, where plastic landscapes and generated sounds enable us to view a world that we have always been unable to enter.

A former member of the legendary Macromassa, creator of the Gràcia Territori Sonor and, for many years, director of the LEM experimental music festival, as well as being a founder member of the Bel Canto Orchestra. No, the history of Barcelona music and, more specifically, experimental sounds, would not be the same without Víctor Nubla. He died on the last day of March 2020, and a piece of the most underground Barcelona died with him. This performance project revolves around his personality, his music and the music of those artists who, between the 1960s and the 1980s, found an ideal outlet for promoting their compositions in cassette tapes.

In cooperation with Gràcia Territori Sonor.

The circus and visual artist Aurora Caja offers a journey of discovery that aims to be like a light in the darkness. A physical narrative that speaks of the most animal-like honesty of human beings, a struggle to find their own voice in a world full of noise; a rebellion.

In a plastic universe, the body delimits the narrative. Its language is made up of balance, acrobatic movement, contortion and drawing.

The work of Pablo Picasso and this production by Aurora Caja have something in common: both artists are interested in playing with the possibilities of fragmenting the human figure and seeking to express themselves through research into new corporal possibilities.

During the last edition of Dansa Metropolitana, you may have seen the performance of Raquel Gualtero and Raquel Klein, with the participation of ZA!, La rebelión de las aburridas, where these artists dealt with overproduction and overexploitation, in a criticism of capitalist thinking. These two women continue to work together, presenting Castells a l’aire [Castles in the air], a new research project based on the idea of persistence and the conceptual levity of play.

On this occasion, the project combines dialogue with places in Montjuïc Castle, the lighting design of Arnau Sala and sound engineered by Adrià Juan and Albert Tarrats.

Visual arts may have been present on stage since ancient times, but with CORPUS, which is really an exhibition, the reverse is true: the theatre enters the museum to become part of its narrative, just like the pieces that make up its collections. In CORPUS. Una exposició escènica, the spectators will be able to review some of the pieces being exhibited, through the actions and deeds that these productions represent.

A new project from Daniel Moreno Roldán (resident at Hangar) for the Barcelona Design Museum which aims to open a debate about the ethics of technology. Based on an audiovisual installation consisting of various television sets from the past, as well as an analogue television broadcasting system, it aims to critically review the present-day culture of “techno-progressivism”, obsolescence and nostalgia for technology.

A Hangar and Barcelona Design Museum co-production.
In cooperation with Albert Sánchez and Daniel Miracle​. 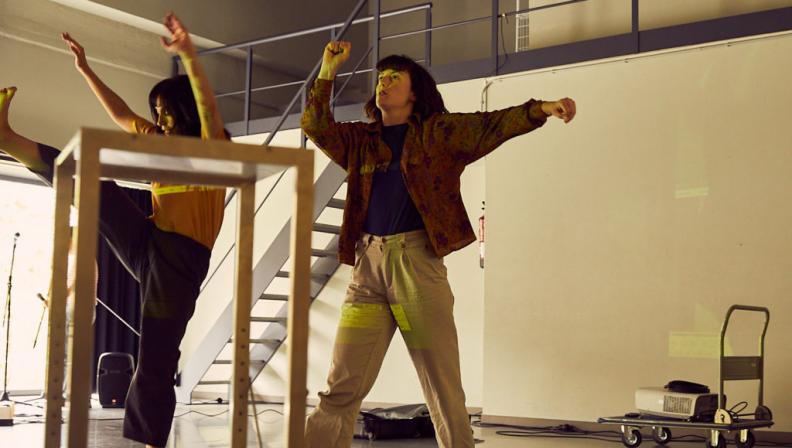 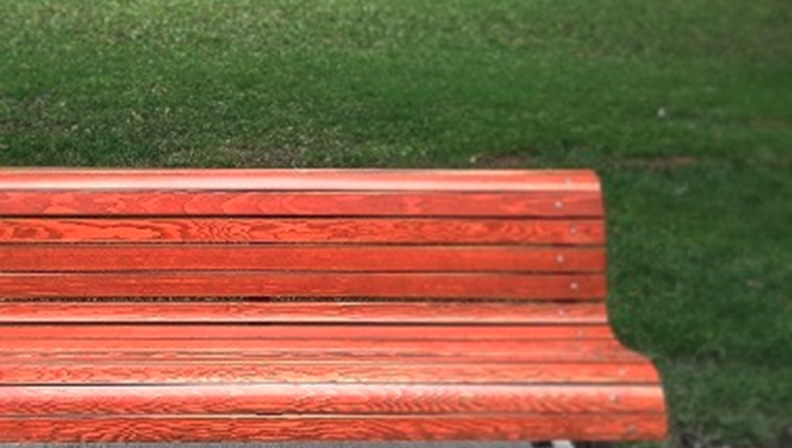 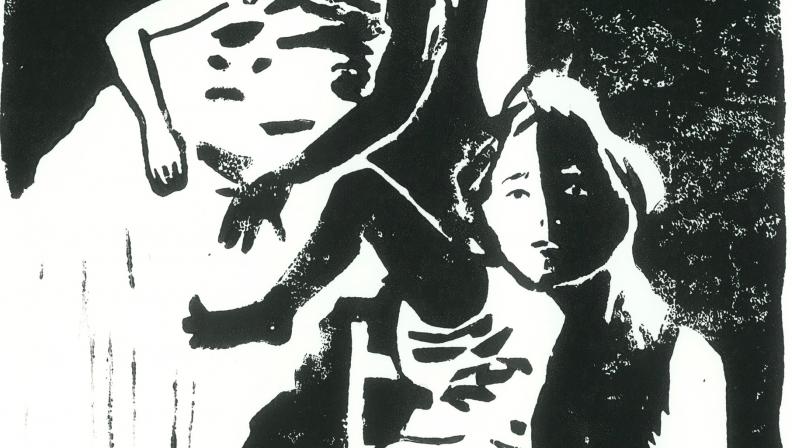 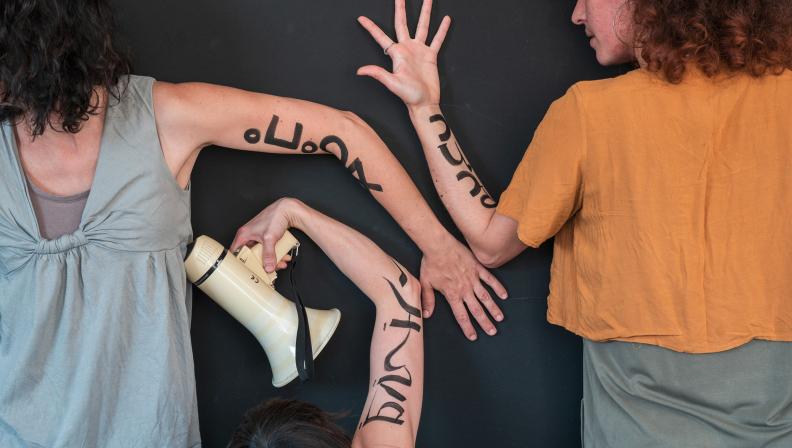 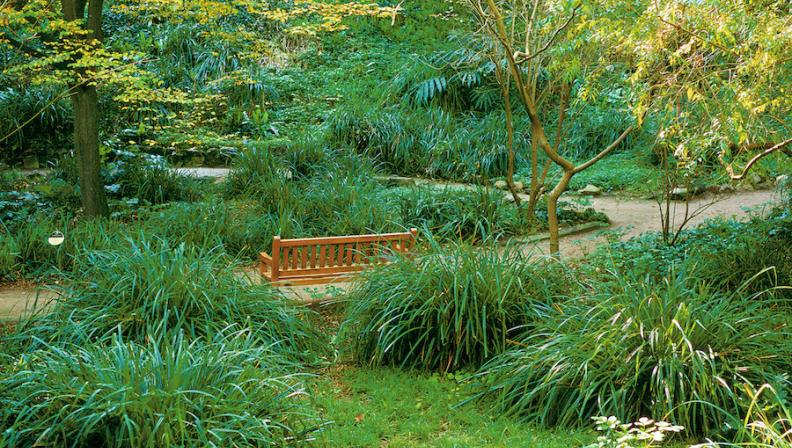 Shall we have a drink?