Sold out tickets
Dance and theatre come together in a creation by one of the Norwegian and international scene's most innovative artists. It is about the lies we tell to get what everyone wants: to be loved.

He is considered one of the most talented artists in the modern European performing arts, working simultaneously in two disciplines. When we watch his work, it's difficult to say if what we're seeing belongs to one or the other. This is not surprising, though, because as he explains, Alan Lucien Øyen spent his childhood at the Den Nationale Scene, the theatre of Bergen, where his father worked as the head costume designer for the actors. This allowed him to live through the world of the stage. He started studying dance at 17 years of age with a Hungarian teacher. Some years later, once he had trained in Bergen, Oslo, and Cologne, he started creating his own choreography. His solos included long monologues, which made it difficult to continue considering his creations as representations of dance alone. Both languages, that of the playwright and that of the choreographer, are almost impossible for Alan Lucien Øyen to disentangle. He blends them once more in Story, Story, Die, a piece for seven dancers that focuses on the interdependent relationship established between love and lies. In essence, everyone wants to be loved, and to achieve this, we are capable of reinventing our everyday lives and making them fit into a desirable model so they can then be the object of affection and consideration by others, even if it's only through a "like" on social media. On these social networks, everyone is compelled to continually tell positive "stories". Anyone who fails to string together a series of success stories, one after another, is, as a minimum, socially "dead", and that's where the title of the work comes from. This show is comprised of high-intensity choreography, images that are almost cinematographic, and an ever-present, punchy text that accompanies the movement. It was created by the artist in direct collaboration with the dancers and incorporates experiences from their own personal lives, always seeking the utmost sincerity.

Alan Lucien Øyen finished his first choreographies in 2004, and two years later, he created his company, Winter Guests, a multi-disciplinary group that includes actors and actresses, dancers, writers, stage designers, and performing arts technicians. He has presented dance pieces such as What's not to love? (2007), which also talked about love using references from the worlds of cinema, television, and theatre. He also created the six-hour stage event Coelacanth (2013), where with a dozen musicians on stage, he explored the inner workings of the theatre world while also harnessing the language of dance. Another work was Simulacrum (2016), created in Japan using the languages of contemporary dance, Kabuki theatre, and flamenco. Then there was the choreography created at the behest of the Tanztheater Wuppertal, Bon voyage, Bob (2018), and The Hamlet Complex, a piece based on Shakespeare's work, for the Norwegian National Ballet (2021). Finally, last year in 2021, he created The American Moth, a multimedia representation with dance, theatre in different languages, and live video that speaks about intergenerational relations, featuring legendary actress Liv Ullman as one of the main protagonists.

Co-produced by Dansens Hus (Oslo). The Norwegian National Opera & Ballet, Julidans Festival Amsterdam.
Financed by the Arts Council Norway with the support of Orsolina28.
The text and choreography for this show was developed in close collaboration with the performers. 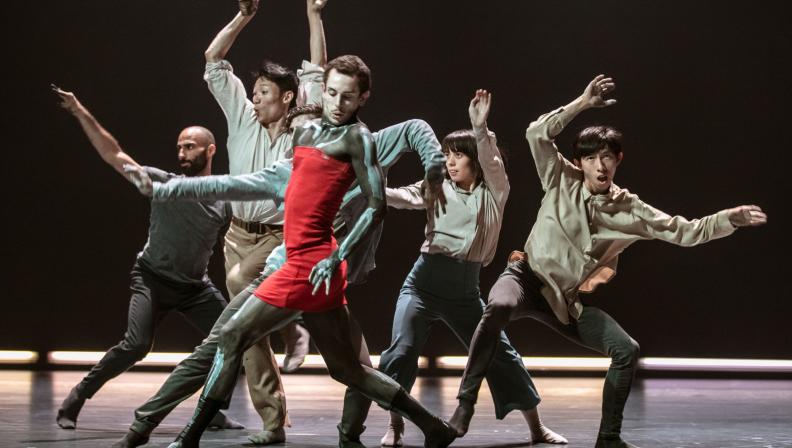 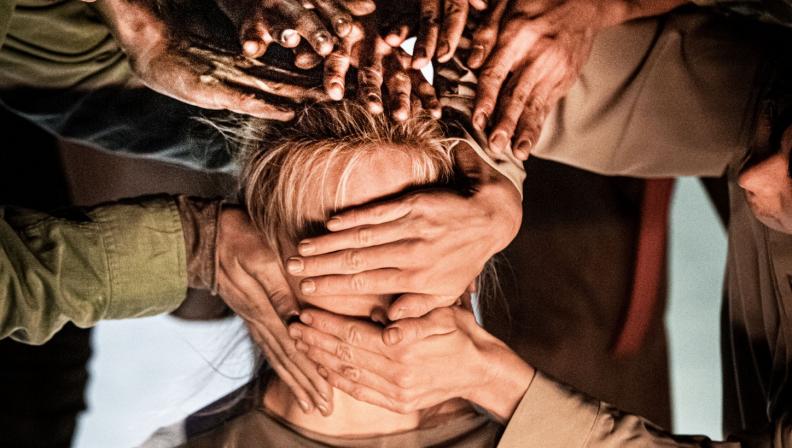 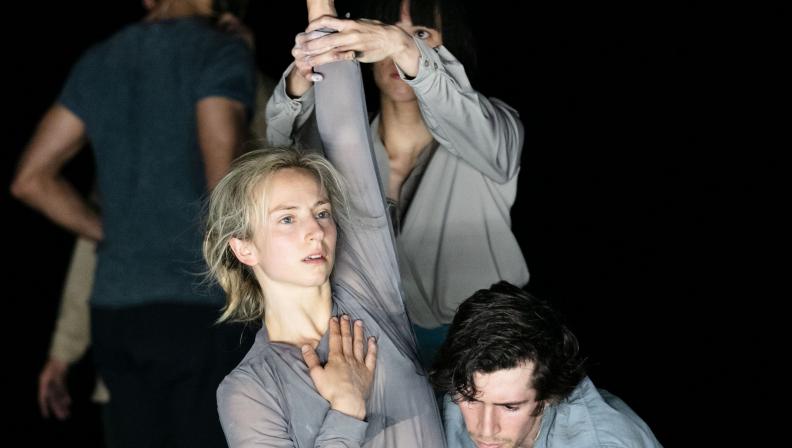 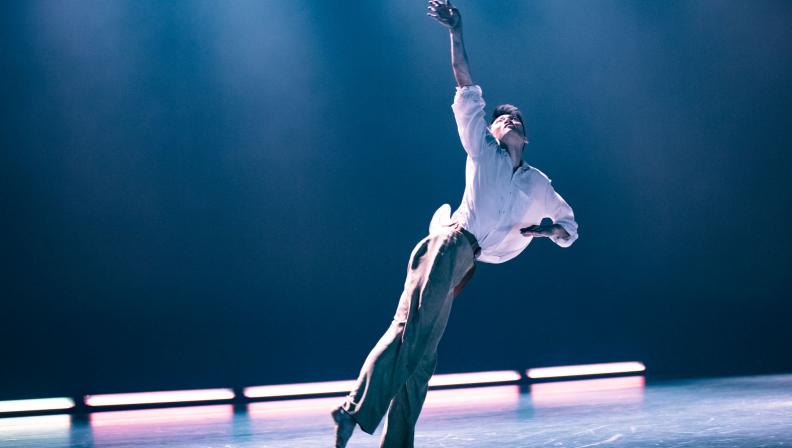 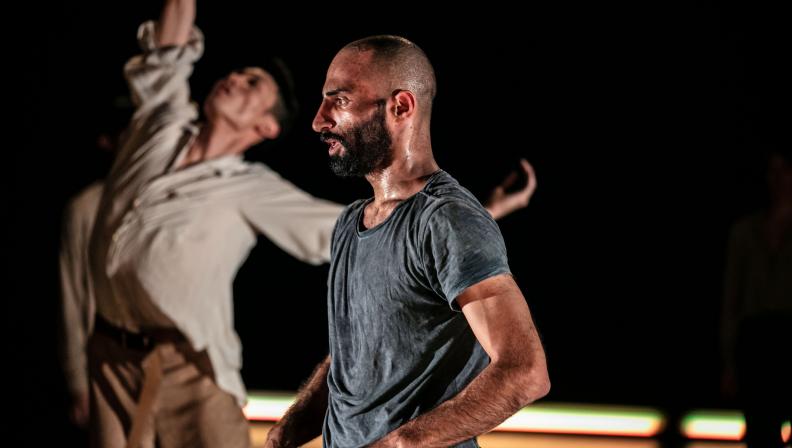 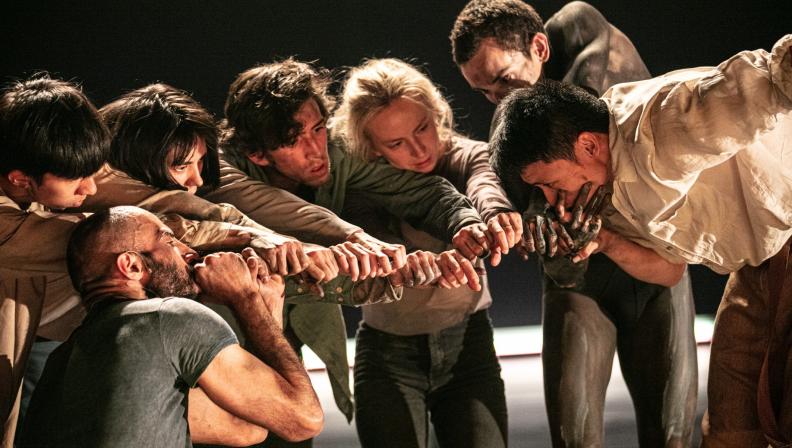 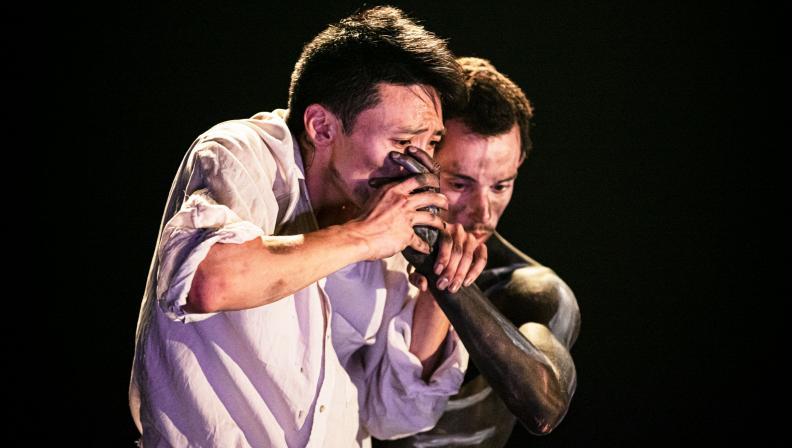 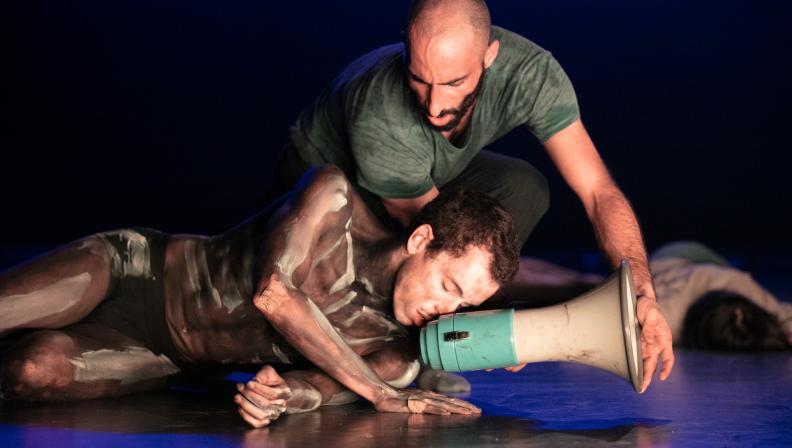 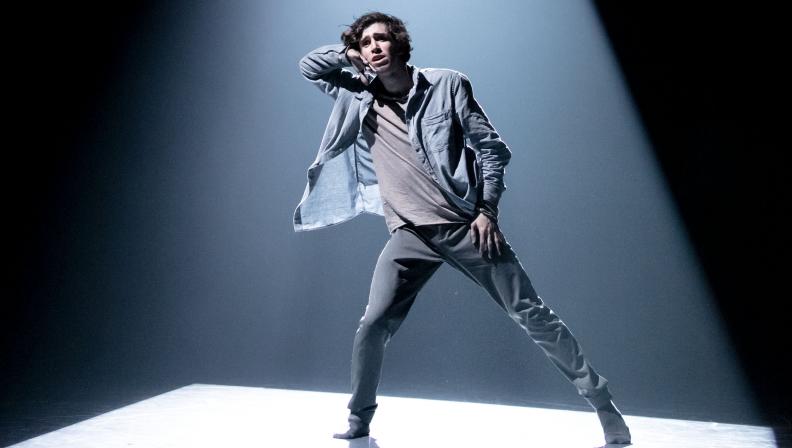