Buy tickets Hand program
Two dancers and choreographers who met at the legendary Min Tanaka’s company bring to the Grec a new version of the duet that they showed previously at the Barcelona festival back in 2013. Two exceptional talents who mutually inspire and contaminate one another.

In order to find the origin of My Neighbour Sky one has to look back to Barcelona 2011, when Andrés Corchero and Oguri were reunited, twenty-five years after first meeting as members of Mai-Juku, the company that directed the actor and dancer Min Tanaka, one of the great names of Japanese contemporary dance. The streets of the Gracia district witnessed this reunion, a quarter of a century later, between two artists who get their inspiration from the body and from one another’s movements.

My Neighbour Sky premiered in Los Angeles in 2012 at the Temporada Alta festival. It then passed through the Mies van der Rohe Pavilion in Montjuich, as part of the Grec 2013 programme. Considered a project "in continuity", it varies on each occasion depending on the space it is performed at. This time it will be at the north courtyard of the Joan Miró Foundation in Barcelona, ​​presided over by the sculpture Lluna, sol I una estrella, with live music by Nuno Rebelo. With the city at their feet, although dancing and evolving independently on the stage, they will both dance together again on this occasion sharing the same sky.

With the support of lGraner, centre of creation 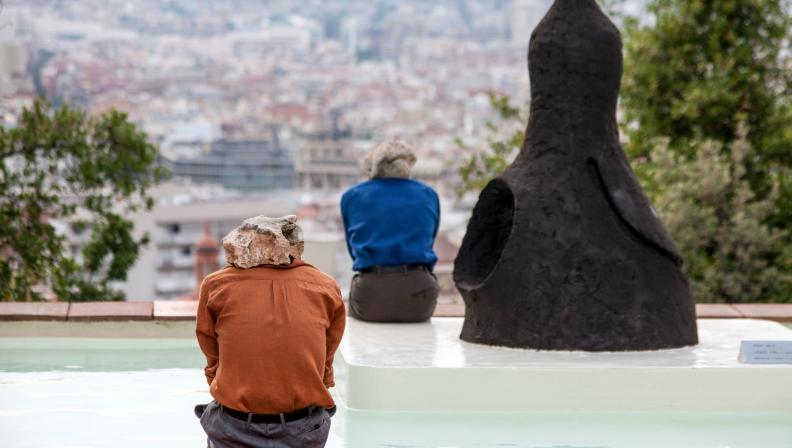 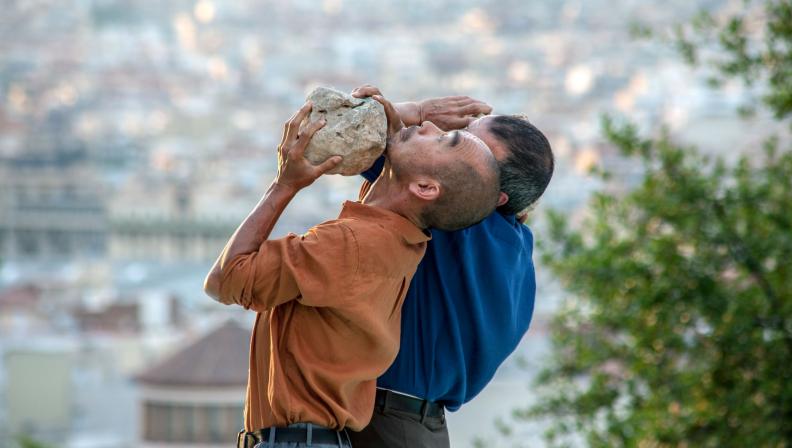 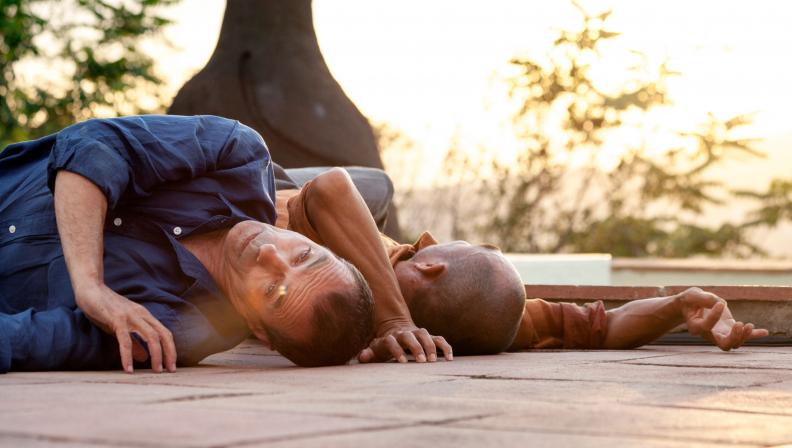 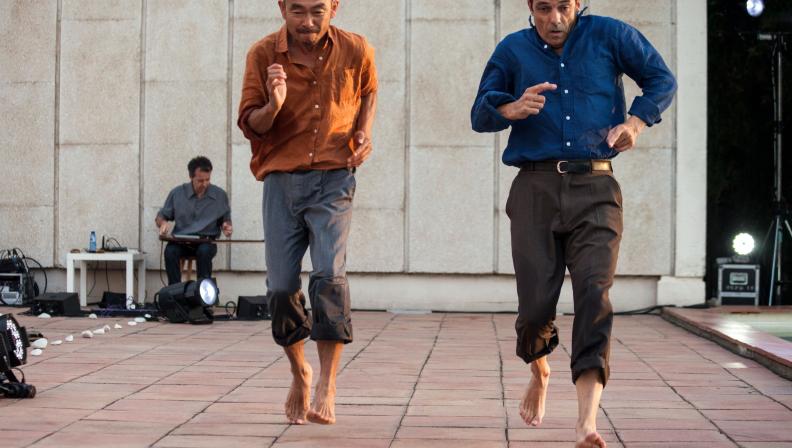 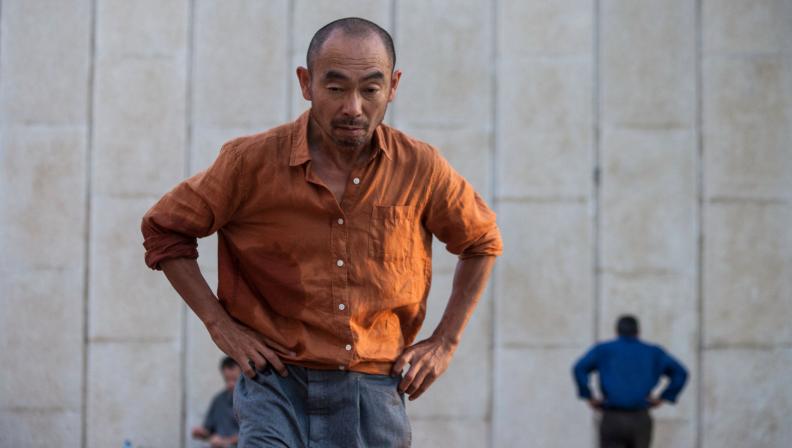 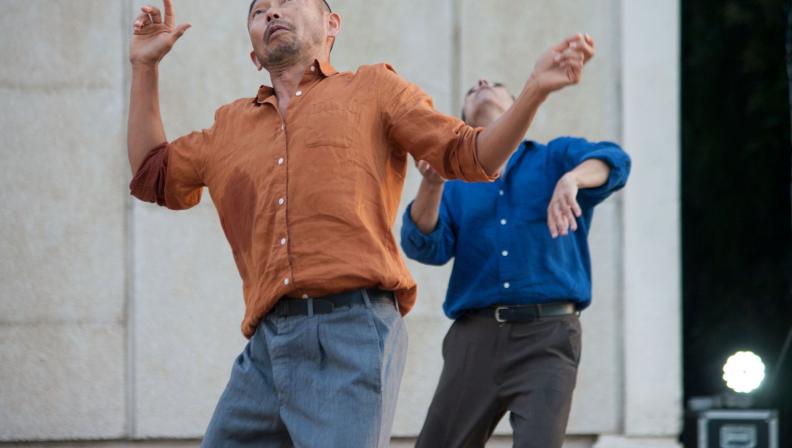 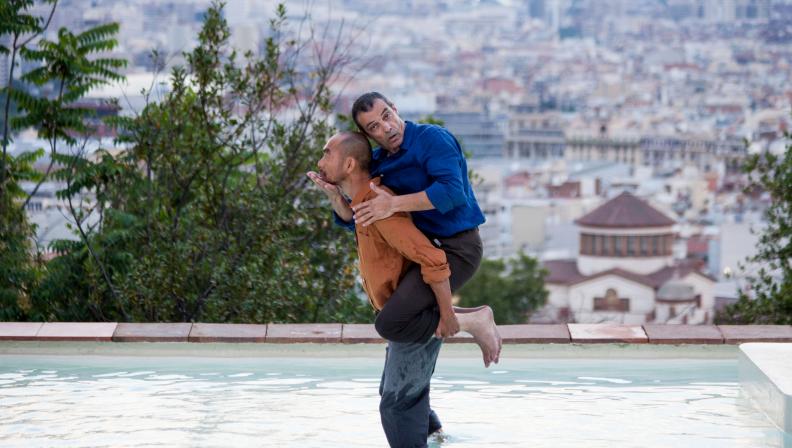 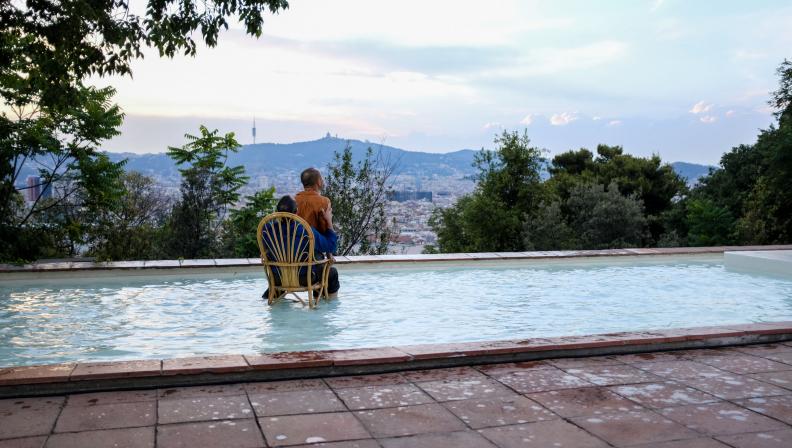 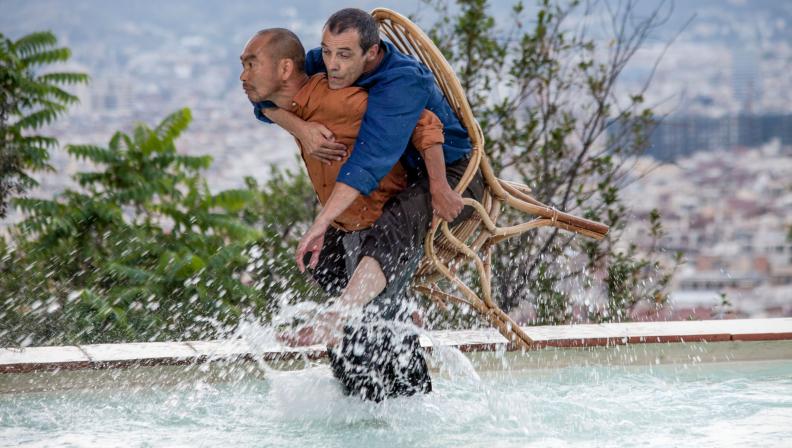 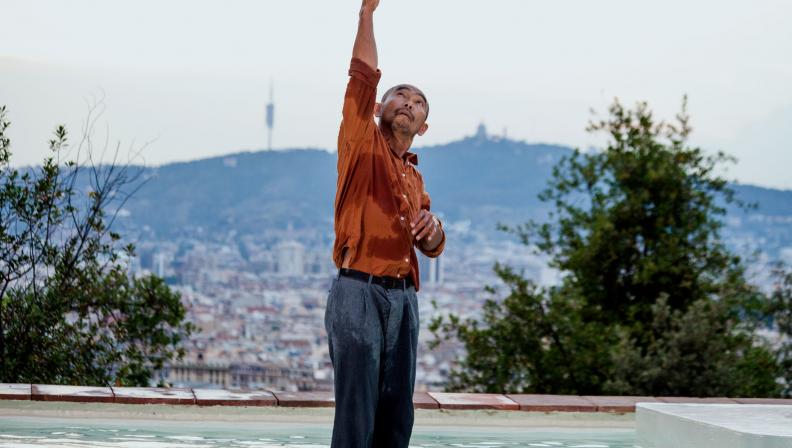 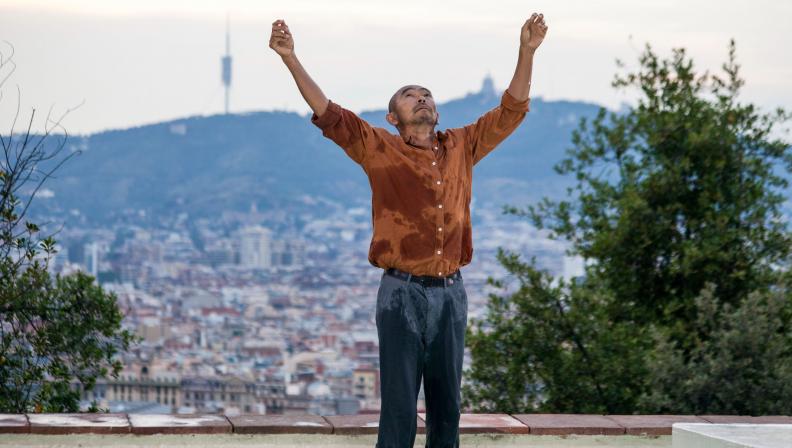