Buy tickets
A company dedicated to theatre, dance and audiovisual media base their show on a live reinterpretation of a folk album recorded in 1965 in a Texas prison.

It all began in 2014. Or maybe in 1981. And that's because we have to go back to the early years of The Wooster Group, a company created in 1975. In some of the early productions, such as Hula (1981) and L.S.D. (...Just The High Points...) (1984), the company used record albums as the raw material of its productions. They did it again with Early Shaker Spirituals: A Record Album Interpretation, a show from 2014 based on an album of the same name recorded in 1976 by the Sisters of the Shaker Community of Sabbathday Lake (Maine). That album was used as the inspiration for The Wooster Group to perform the songs (an American folk music gem) and create a series of choreographies. Among the audience members at that production was one of the protagonists we'll be seeing this year at Barcelona Grec Festival 2021: an actor with a great voice who, in those days, worked in a tea house. It was Eric Berryman, who found himself waiting on Kate Valk’s table. Having just directed Early Shaker Spirituals, she listened to an unexpected proposal from the waiter: to create a similar show from an album in his record collection full of work songs and blues recorded in 1965 by a group of black inmates in one of the prison farms, which were segregated at the time, in the State of Texas. That’s how the show came about, which is now here in Barcelona.

The production has its performers listening live, through wireless headphones, to the album’s songs, which they themselves reproduce on stage, as well as the reflections and comments recorded by the inmates themselves. They thereby relive a little-known moment in North American folk music while bringing a performance aspect to the show. Berryman also brings to the show the context provided in the pages of the book Wake Up Dead Man: Hard Labor and Southern Blues, a work by Bruce Jackson, the American folklorist responsible for recording the original album, and who today is a renowned lecturer at the University at Buffalo (New York).

A production from The Wooster Group

Performances of The B-Side at Grec Festival Barcelona are supported by Mid Atlantic Arts Foundation through USArtists International in partnership with the National Endowment for the Arts, the Andrew W. Mellon Foundation, and the Howard Gilman Foundation. 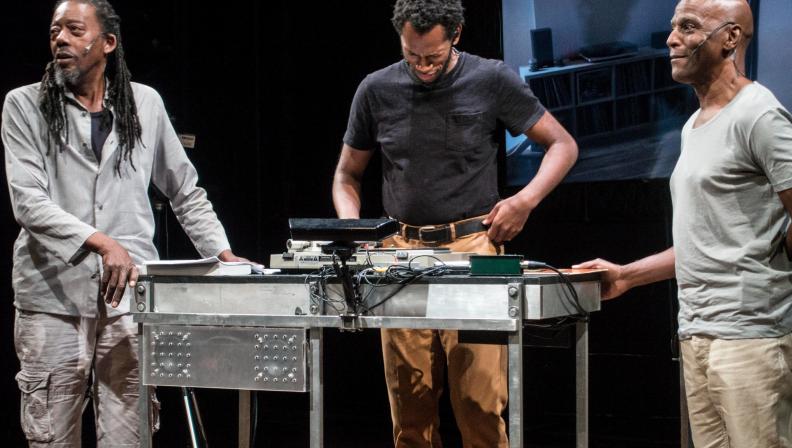 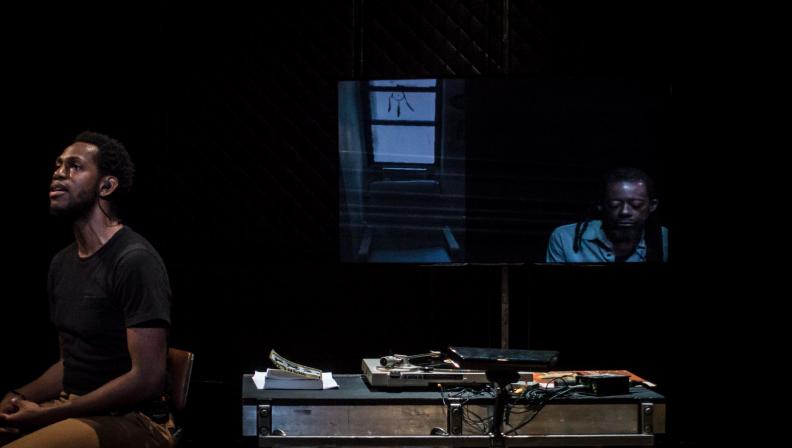 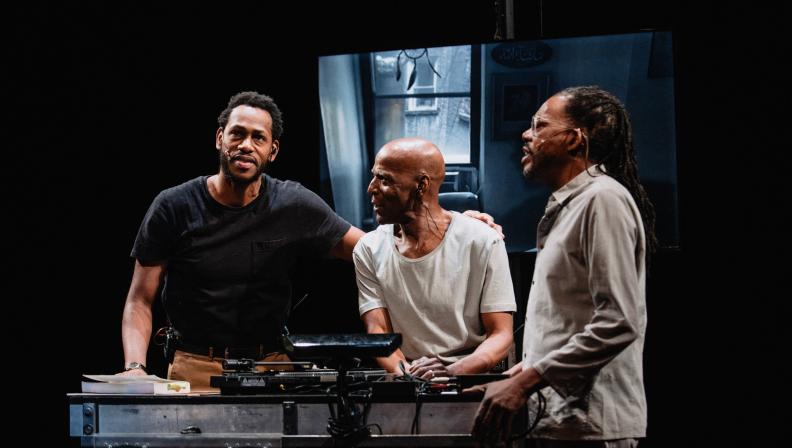 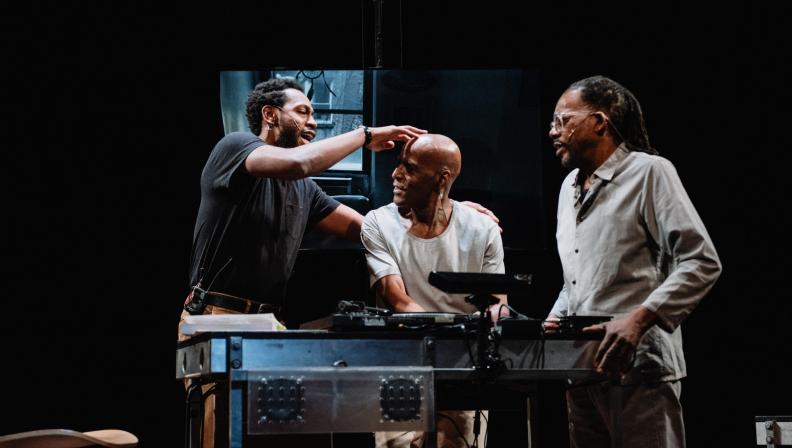