Buy tickets Hand program
One of Europe’s most avant-garde creators is staging a choreographic and theatrical hymn dedicated to Belgium, his country, a mad and complex nation that pokes fun at itself.

Let’s talk about Belgium and let’s talk, also, about theatre. These are two of the subjects best known to Jan Fabre, an artist who has become famous as an extreme creator, who’s always willing to tense the rope as taut as possible and set challenges, both for his performers as well as the audience. He did this recently with a marathon 24-hour play (Mount Olympus) and he’s at it again in a new display of talent staged by fifteen actors. They are in charge of showing the audience scenes from a country that is the cradle of European bureaucracy, that speaks three languages and that is an artificial nation that Fabre himself has no hesitation in rechristening "Absurdistan". And, like all good Belgians, Fabre (from Antwerp) pokes fun at himself and his country, a skill that is as much a part of this country as beer, fanfares, bands and musical groups (including majorettes), pigeon fancying, cycle races and chips... Belgians are proud of their lack of pride, Fabre says of a country of surrealists (wasn’t Magritte Belgian? yes!) and one that is as surreal as it is subversive. Irony and a visual imagination that cannot hide the plastic artist who lives side-by-side with the stage creator are hallmarks of a show that champions Belgium's national plurality and which, regardless of whether you agree or disagree with the premises proposed by the artist, seems designed to be viewed in our country and at the current time. A text by Johan de Boose, songs by Raymond van het Groenewoud and music by Andrew James Van Ostade will accompany the audience through almost four hours of a show that brings to the stage nothing more and nothing less than Belgian identity, with the help, of course, of musicians and performers from the most diverse nationalities.

A production by Troubleyn / Jan Fabre

Performance staged in collaboration with funding/support from the Flemish Government. 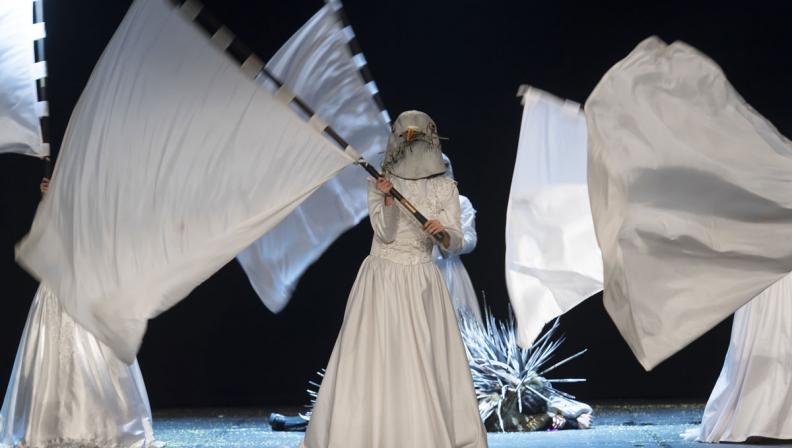 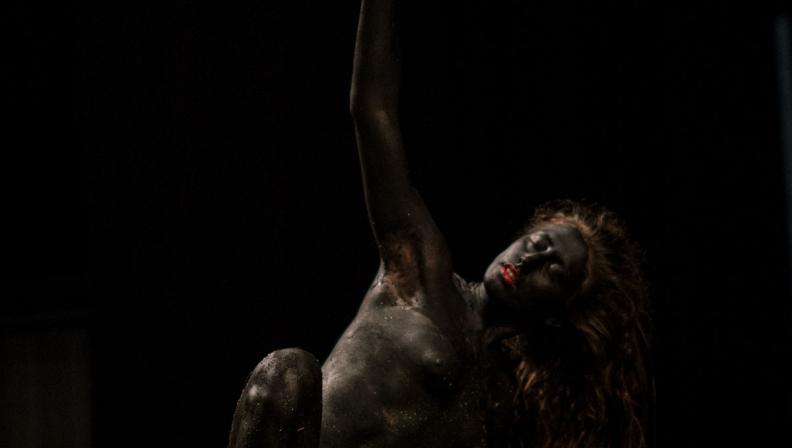 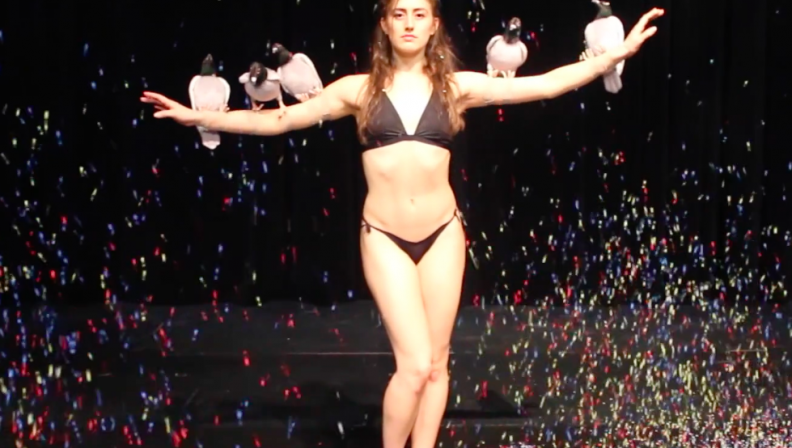 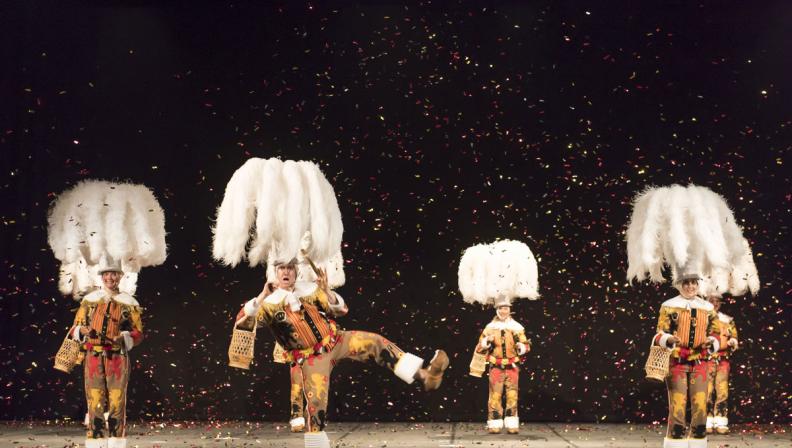 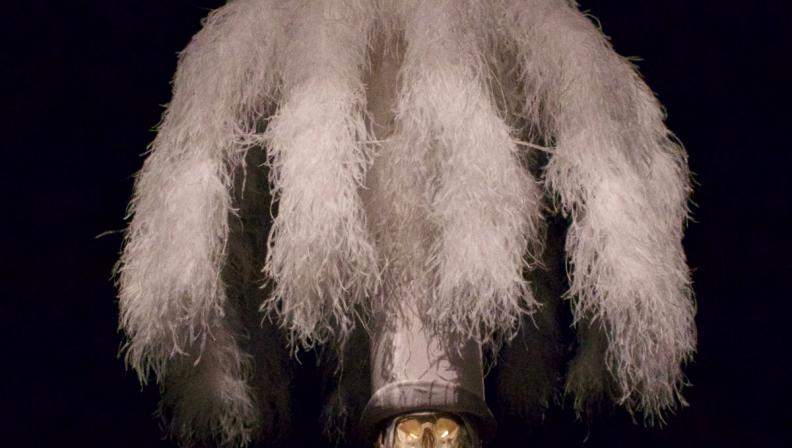 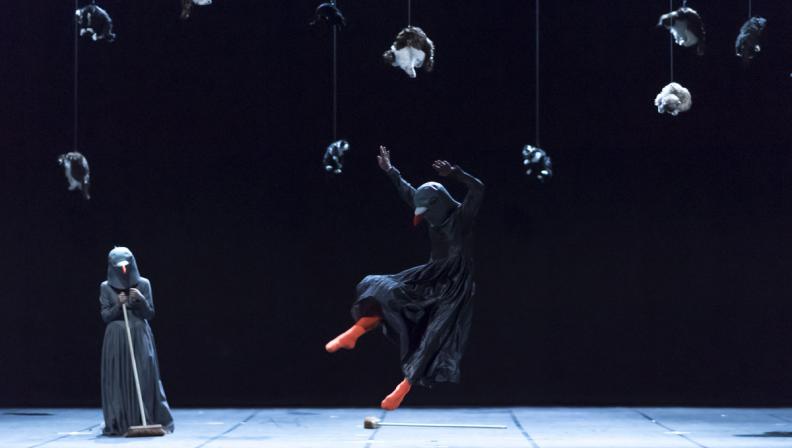 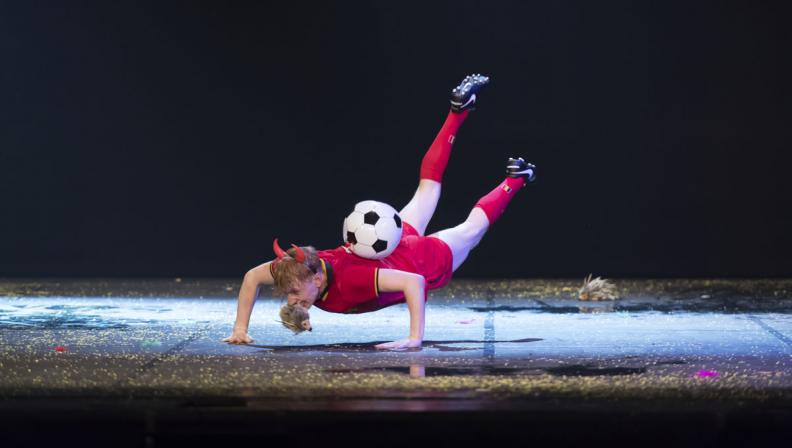 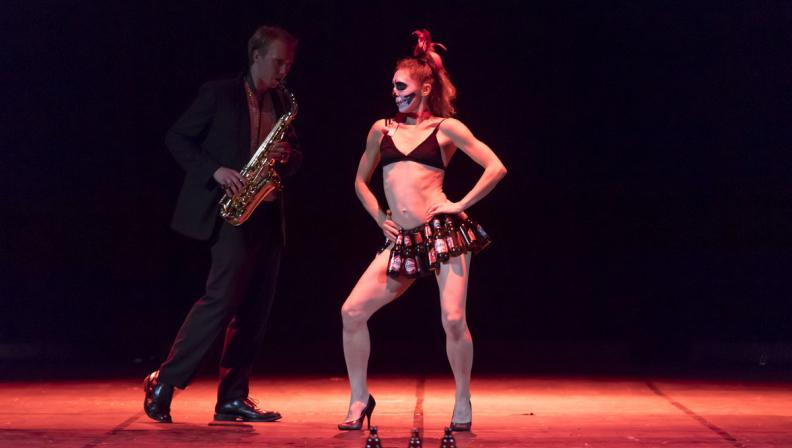 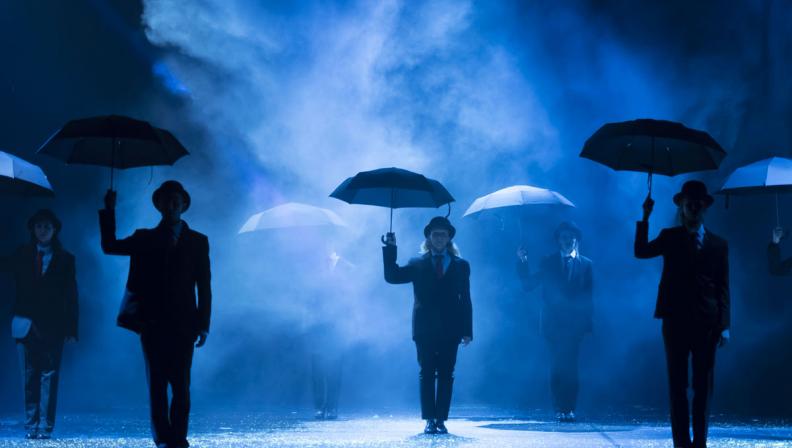 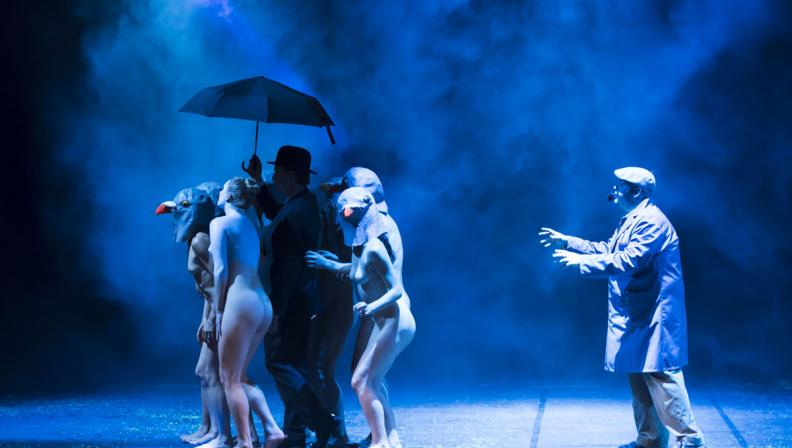 LanguageEnglish, French, German, Dutch, and Italian with subtitles in catalan

“Anti-Fascist Sessions at the Antic Teatre”