Buy tickets Hand program
Born in Mallorca but with roots in Empordà, the company La Llarga brings out the show that has won Adrià Gual award of the Institut del Teatre. It is based on a legend and talks about the words and the silences often forgotten.

There is a legend in the Empordà with many years of history that tells the story of a man who, to avoid having to share the harvest with his neighbors in a year of famine, he loaded his cart with his grain to go to another town. But in passing through the wetlands, the cart, the oxen and the cargo were trapped in the mud only to sink and disappear among the bellowing roars of the beasts. The company La Llarga will not tell you the story, but about the bellows that these animals uttered and their similarity to the nocturnal song of the bittern, a species of heron that nests in the wetlands and, despite being large, it hardly ever lets itself be seen. Like the oxen of the legend, the male of the bittern utters some equally chilling bellows when females are in heat. This show tells us about bellows, those we hear each night and make us curl up in bed, and also of the words that are not said and those that we forget, of brothers who suffer for a father with premature dementia, dead men and people walking the moon, women who know everything and do not say anything ... All this, using technological resources that, in a world where technology is omnipresent, want to become the base of a common language.

It is the proposal of a company that, since it settled in Catalonia in 2016, has been incorporating new members (including Oriol Morales), but also new scenic languages ranging from buffoon to storytelling through the radio theater. This is how they have produced shows like Dalí has died or Llançament, among others. Last 2018, they won the Adrià Gual award, with which the Institut del Teatre promotes stage projects that combine quality, professionalism and creativity. In addition to an economic funding, the award includes the possibility of taking part in the programming of the Grec Festival of Barcelona.

A coproduction of Grec 2019 Festival de Barcelona and La Llarga

In cooperation with Fabra i Coats, Fàbrica de creació. 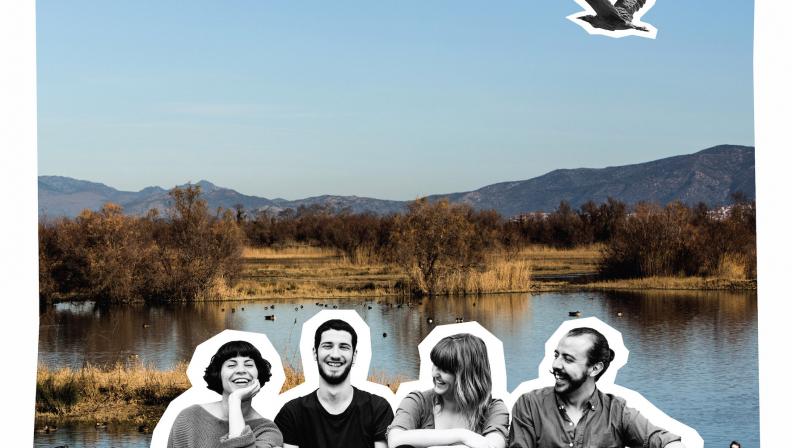