Buy tickets
What happens when three "former actresses" joined together by success and separated by failure meet again? And what happens if a hypnotist crosses their path, flees from justice and assumes before court the false identity of a Scottish dramatist?

T de Teatre, one of the most popular theater companies in the country, joins the author and director Denise Despeyroux to star in this fantasy proposal with humor and touches of drama. Renata, in the middle of an existential crisis, convinces Rita and Greta to visit her in the old house inherited from her mother in a remote Catalan town. Twenty-six years ago, the three were responsible for the first great success of the Scottish dramatist Malcolm Logan; now they are nothing. It is destiny that while this reunion is woven, two more facts coincide. On the one hand, the famous dramatist, always seen as a Steppenwolf who escapes from society, decides to retire at the peak of his career to live in the forest. On the other hand, Jonah, an expert hypnotist, has just lived, together with his assistant Valentina, a tragic event that keeps him awaiting trial. When the three friends and the two fugitives meet in the village tavern, Renata has no doubt: that man with a tormented face is Malcolm Logan and we must convince him to write his final and definitive success for them. For his part, Jonas, in the midst of an identity crisis, will not miss this opportunity to become the famous and enigmatic genius.

Denise Despeyroux is an author and stage director with more than ten plays premiered. Titles such as La Realidad, Carne viva, Los dramáticos orígenes de las galaxias espirales and Un tercer lugar have given her recognition as one of the most unique and interesting voices of contemporary Spanish dramaturgy. Now Cançó per tornar a casa is the new production of the T de Teatre. The company, with a trajectory of almost thirty years and more than a million spectators, has created eleven shows ranging from Petits contes misògins to Com pot ser t'estimi tant, Delicades (Grec 2010), Premis i càstigs (Grec 2015) or EVA (Grec 2017). Similarly, they have worked with some of the most interesting authors and directors of the contemporary scene, among them Alfredo Sanzol, Ciro Zorzoli, Javier Daulte or Julio Manrique.

A production of T de Teatre. 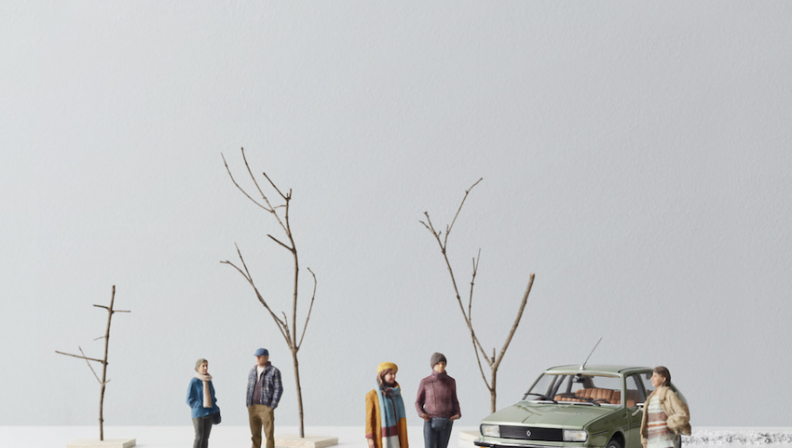 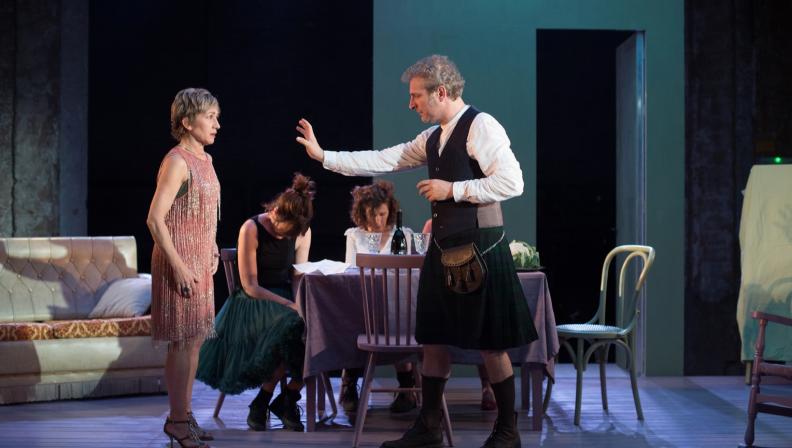 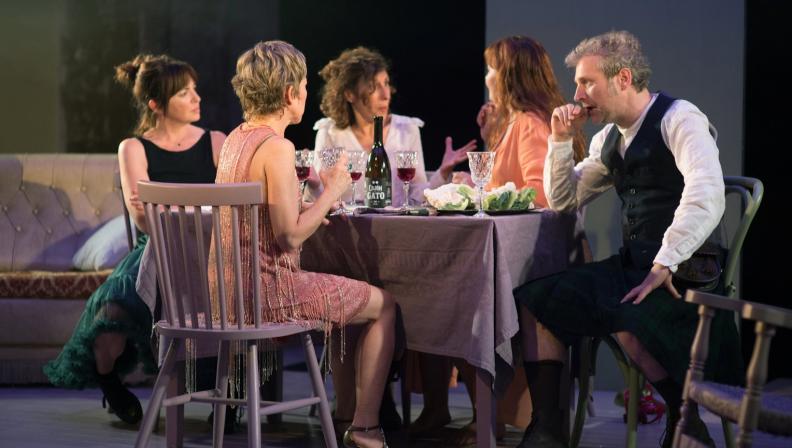 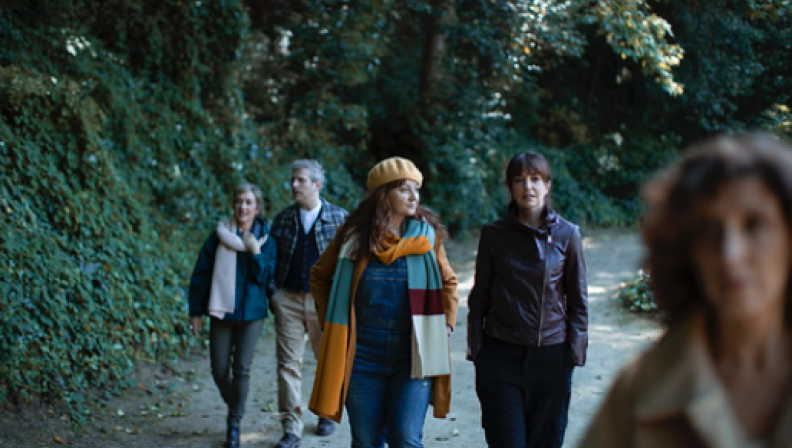 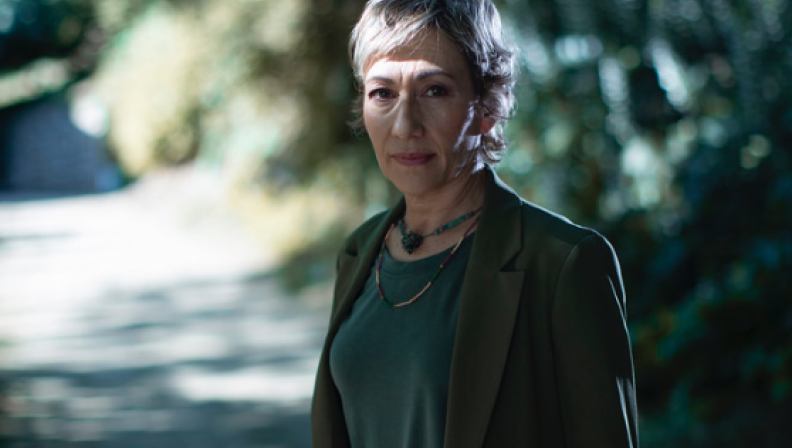 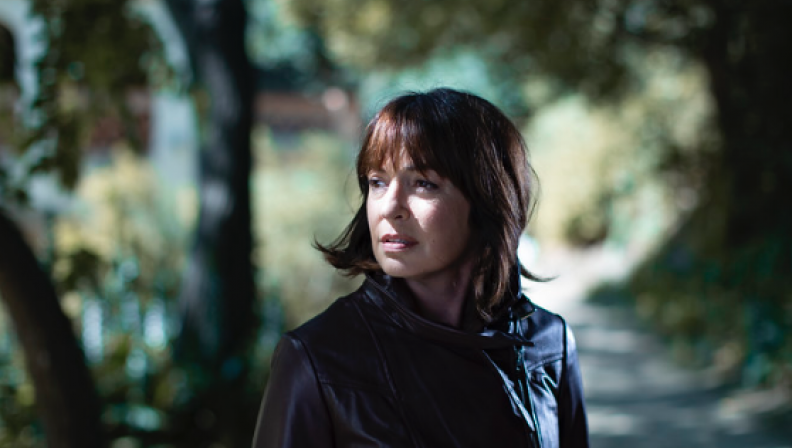 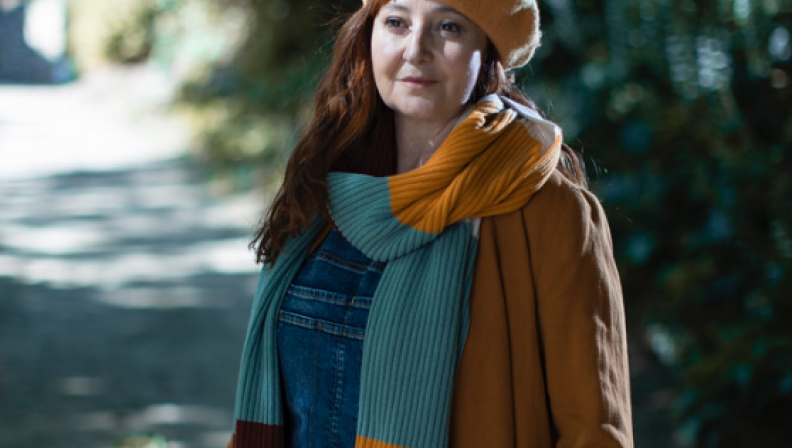 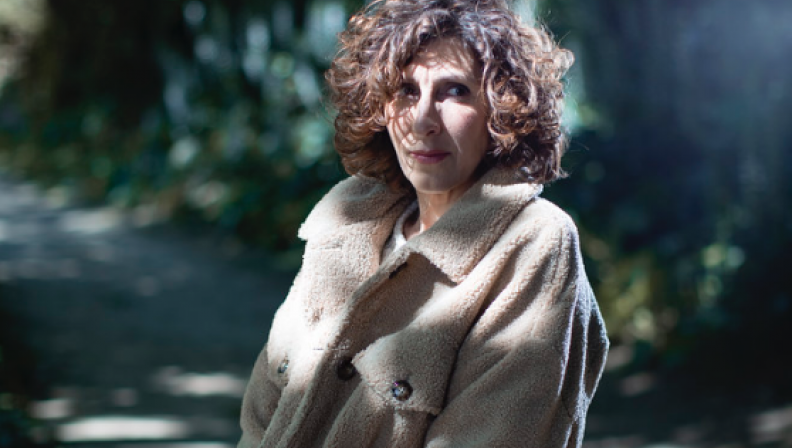 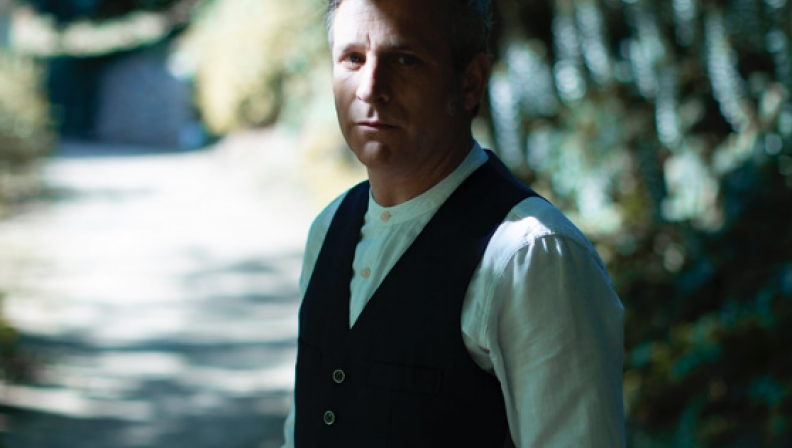 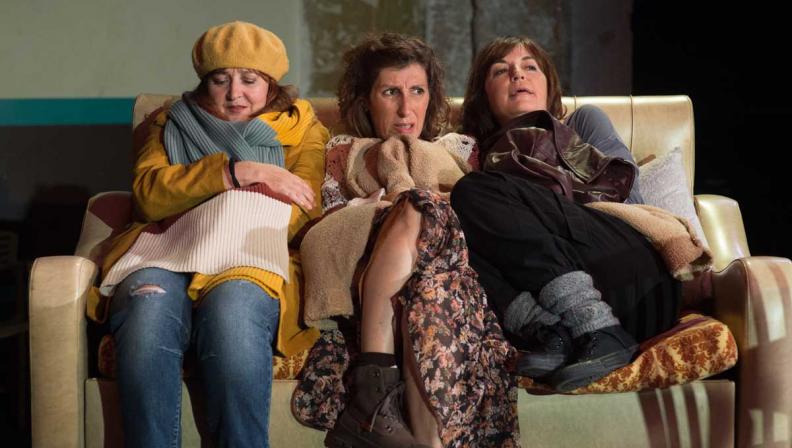 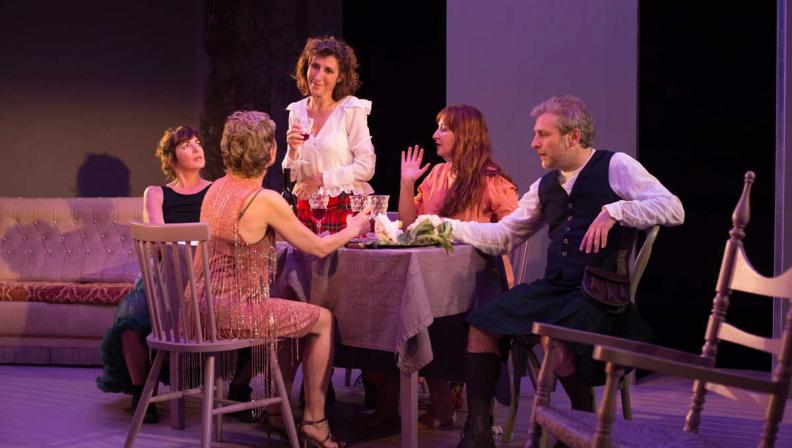 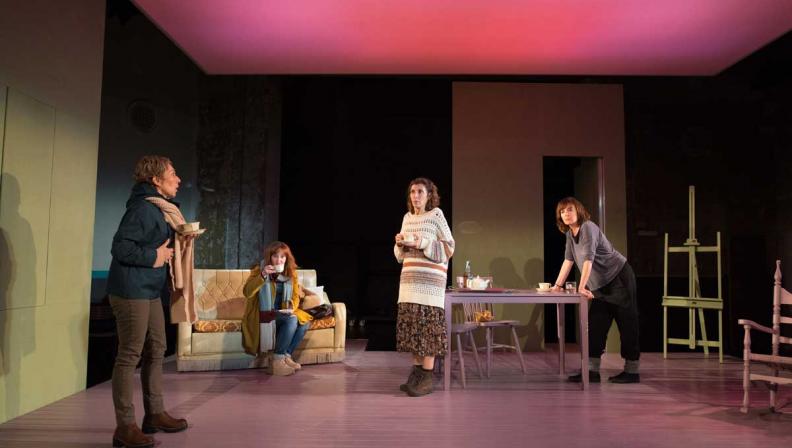 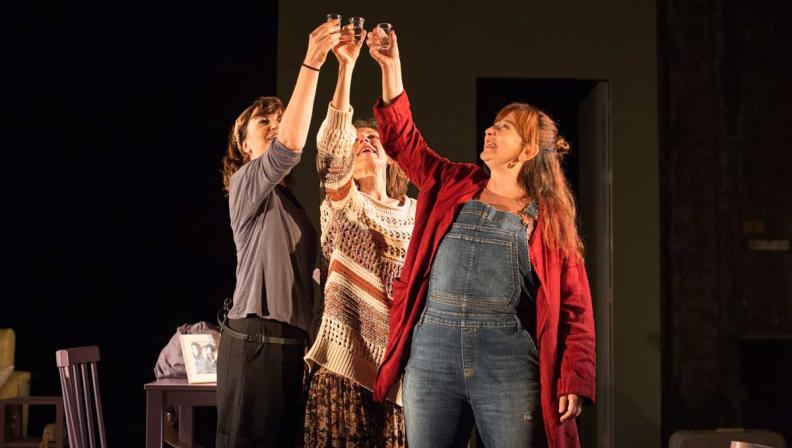 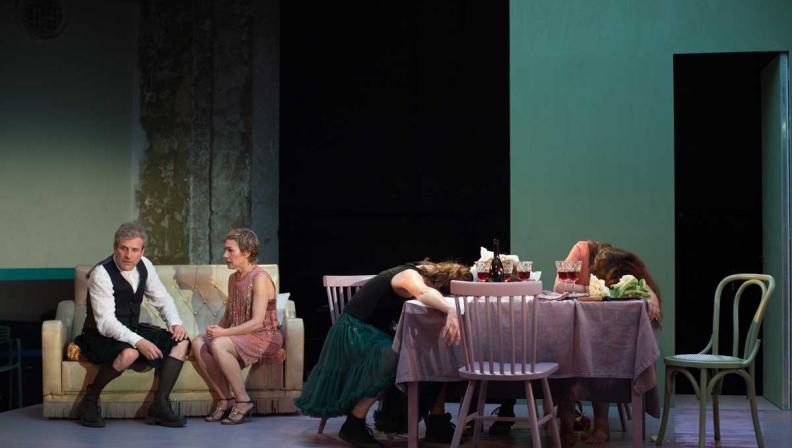 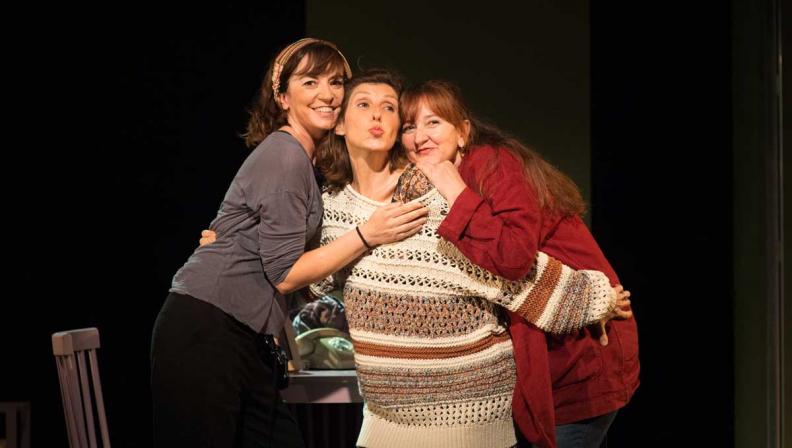 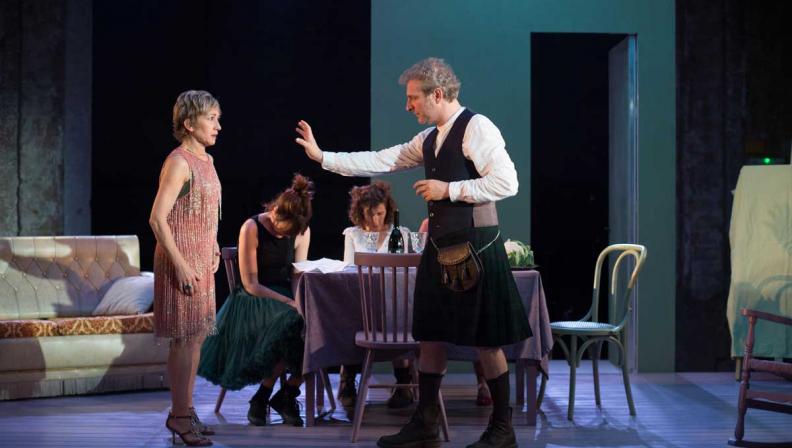