Buy tickets Hand program
Look back to learn to live in the present is somehow the intended message from one of the fundamental names of the Spanish contemporary dramaturgy in a narration about oblivion and indifference starring Blanca Portillo and José Luis García-Pérez.

She heard the legend of the cartographer of the ghetto that circulated in Warsaw. Blanca,  a woman interested in the story of an old man who, while the Jewish ghetto was disappearing and its inhabitants headed towards death, insisted on drawing a map of the area before that urban landscape faded away completely. He was too old to go out in the streets and collect the information to put on his map, so the cartographer trusted in a girl who, with her comings and goings, provided the necessary data to complete his map. It well may be a legend but Blanca takes it for real and will start looking for the non-existent map throughout Warsaw so obsessively that she hardly realizes she is not looking for a map as much as her own identity.

Blanca Portillo and José Luís García-Pérez interpret the main characters (she was seen in the 2014 Grec for the last time defending the monologue of Colm Tóibín The testament of María) . They are both actors who exude virtuosity and move in an austere stage that they manage to turn into a prodigy of expressivity. A story born from the mind of Juan Mayorga, director and playwright with works translated into twenty languages ​​who has won the most prestigious awards for his artistic career. He conceived this story during a trip to the Polish capital, after seeing an exhibition with photographs of the old ghetto and realizing that, at present, it was impossible to place the images on a map. 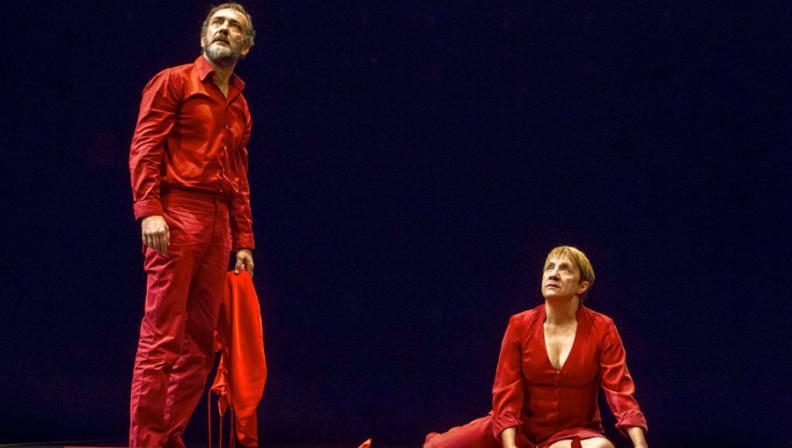