Who has the light of all things? Is it you in me, or me in you? What lies beyond the void? What are the particles of God? What are they waiting for, the lizards in the sun? Why are potatoes grilled? El Petit de Cal Eril’s song book has more questions than answers about light, life, death and the reason for everything. Perhaps this show will give us the answers to all those questions, or maybe not, but it will be a physical and metaphysical introduction to his particular universe. Come and see how the Teatre Grec is inundated with light and music, in this review of many of the questions that have turned Joan Pons into an artist as unclassifiable and restless as he is close and concrete, who looks back through his timeless song collection but also looks to the future with the first performance of some unpublished compositions.

El Petit de Cal Eril is currently enjoying one of the busiest times of his career, which began in 2007. In the last four years he has released three albums and been constantly on tour, appearing at some of the country’s most prestigious stages and festivals. Now he is offering us a show specially designed for the Montjuïc theatre and nourished by a dialogue between El Petit de Cal Eril and the Tàrrega artist David Giribet (Calidos), the creator of a new language of light installations, who discuss the passing of time and relativity in Space. The two coincided some time back at the Institut Manuel de Pedrolo, a secondary school in Tàrrega, and now, at last, they are synchronising their creative universes. They will be expressing themselves to exist and existing to express themselves.

The show will be broadcast live by betevé and via the website beteve.cat on Sunday, 26 July, at 10 pm. It will also be available on the online menu. 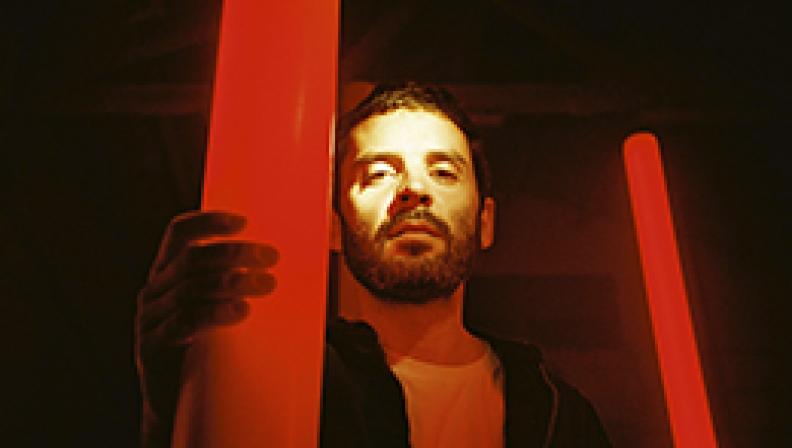