Buy tickets Hand program
A direct and provocative theatre creator who recruits two of his favorite interpreters, Gonzalo Cunill and Juan Loriente, to show us on stage a performance based on fragments of a work of the early XX century century on paranormal phenomena.

Pippo and Ricardo, two friends, members of a mysterious organization inspired by an old Masonic, are dedicated to investigating a series of paranormal phenomena. They carry out their research by introducing us into a world of the paranormal that has a lot to do with those described by the American researcher of paranormal phenomena Charles Fort (1874-1932) in The Book of the Damned. Rocks that fall from the sky without knowing their origin, rain of fish, fire wheels in the sky ... What is the origin of all these phenomena? Fort offers the most bizarre hypotheses in a book that is considered a direct criticism of the scientific positivism of his time. They will study the abnormalities described by the protagonists of this show. And they will do it in a tent around the sea, where they will meet with a disconcerting creature, The Thing, possibly from another world ...

The book of the damned is the starting point to speak about the paranormal, but also about art and its consumption, the way we perceive creation and about trends. Everything, in the always uncomfortable language of Rodrigo García, takes the form of a text that the artist himself considers almost as "clowns", where stupidity is not exactly absent. The result is a new bewildering and provocative scene of an artist who, as usual, expresses with the greatest freedom. Texts projected on screens, an evocative poetry, the pure absurdity, musicians on stage during the entire performance ... They are some of the elements of a show of Rodrigo García who is a successor of titles so known as Cooking notes, Meeting people, eating shit, I bought a shovel at IKEA to dig my tomb, Golgotha ​​Picnic or Agamenón.

A production of Rodrigo García and Boucherie Théâtre / Actoral 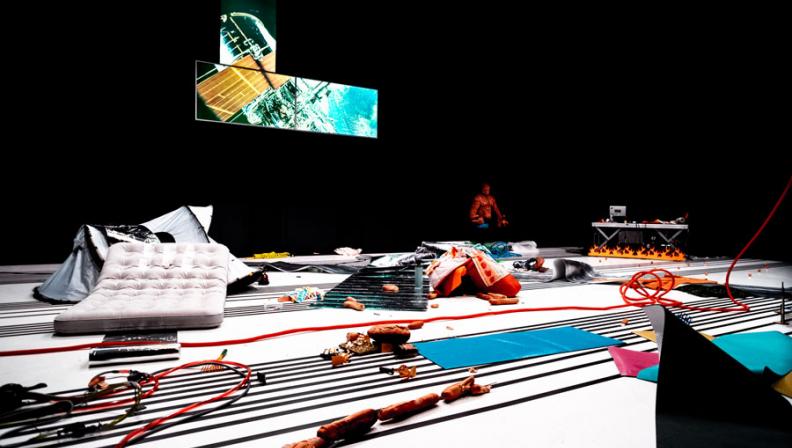 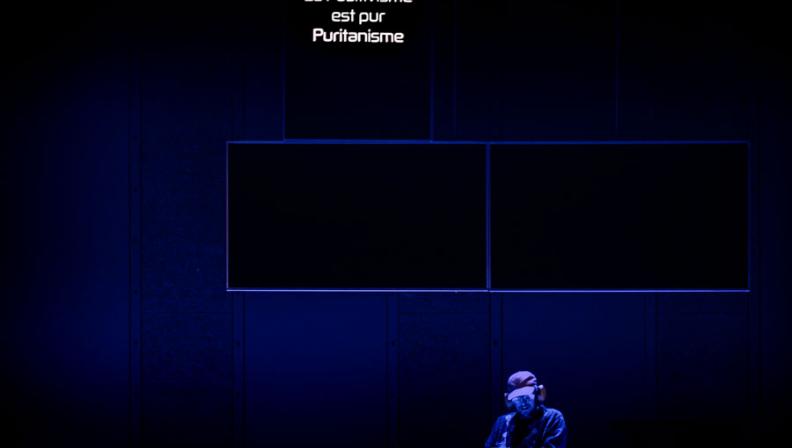 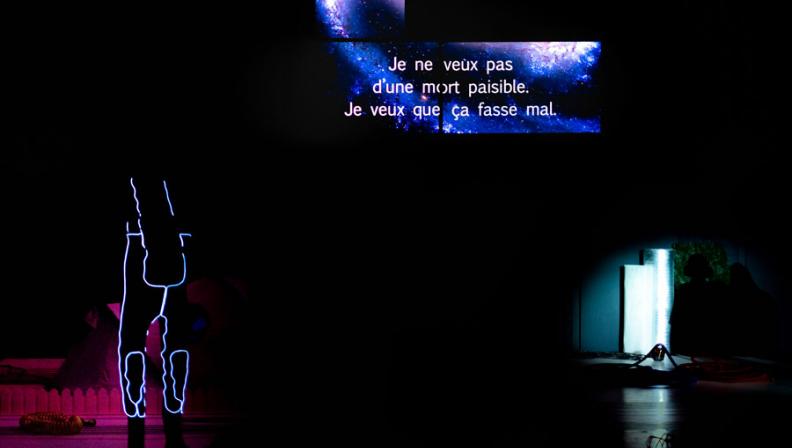 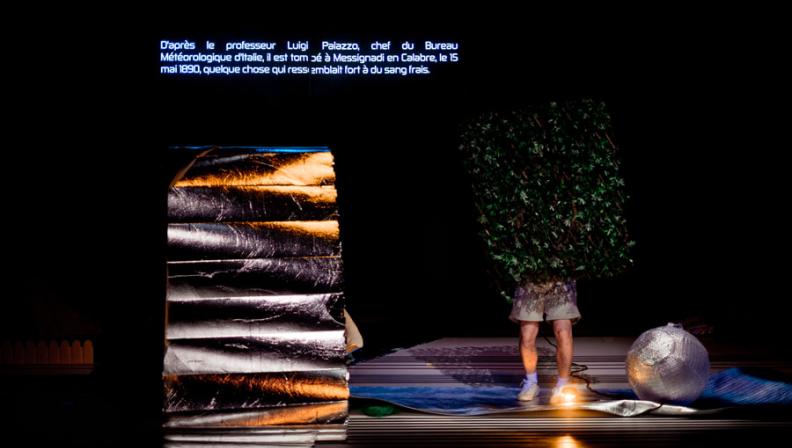 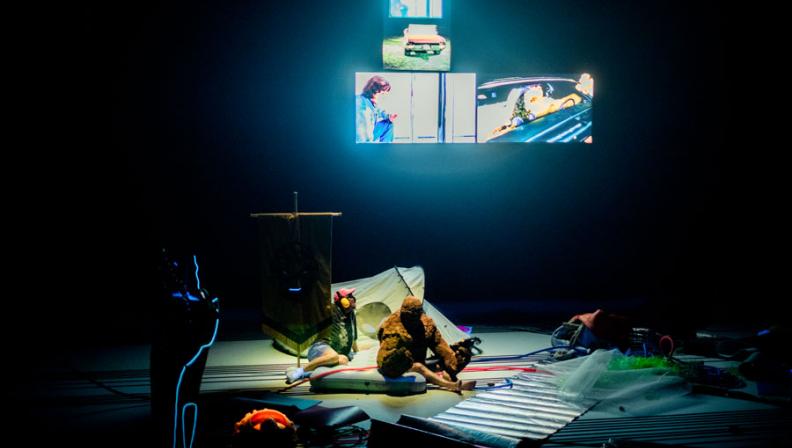