A documentary fiction inspired by the Padilla case

Fear and creation. A visual artist and a Cuba-born playwright use documentary theatre techniques to reprise a case that has never been fully resolved and which represented a watershed in relations between art and power on that Caribbean island.

In 1968, the Cuban writer Heberto Padilla won the National Poetry Prize awarded by the National Union of Writers and Artists of Cuba with his book of poems Fuera del juego, which is exactly what this theatre production is named after. Shortly after he had received the prize, Padilla, a fervent revolutionary whose attitude moved on from excitement to disappointment and later criticism, was accused of being a counter-revolutionary by the authorities, subjected to censure, prosecuted and imprisoned. His April 1971 public appearance to confess his guilt remains an enigma to this day and a watershed in the relationship between the Cuban regime and the country’s artist, the moment when the censure became fierce and the cultural policies came about that would later extend throughout the island. What happened exactly? Everything to do with the repression meted out to Padilla and his public confession has remained shrouded in a veil of mystery never lifted to this day. This is not the intention of the two creators who adapted this story to stage; the adaptation relies on newspaper cuttings, television reports and the interpretations of the actors themselves starring in this “documentary fiction”.

This stage adaptation was conceived by the visual artist Dagoberto Rodríguez, the creator of the May Green multidisciplinary-art team, dedicated to promoting innovative projects in the fields of visual and stage art, and the Cuban playwright and director Abel González Melo, who has written short stories, essays and dramas and received the 2020 Casa de las Américas prize. Yadier Fernández, Ginnette Gala and Rey Montesinos, like the creators of this production, are Cubans currently living in Madrid who play the characters of a true story named after a book of poems which is, at the same time, a premonition and metaphor of Heberto Padilla’s fate.

A May Green production 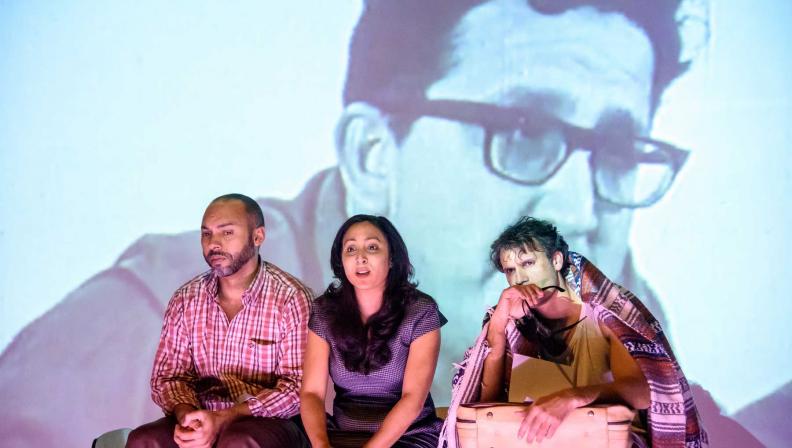 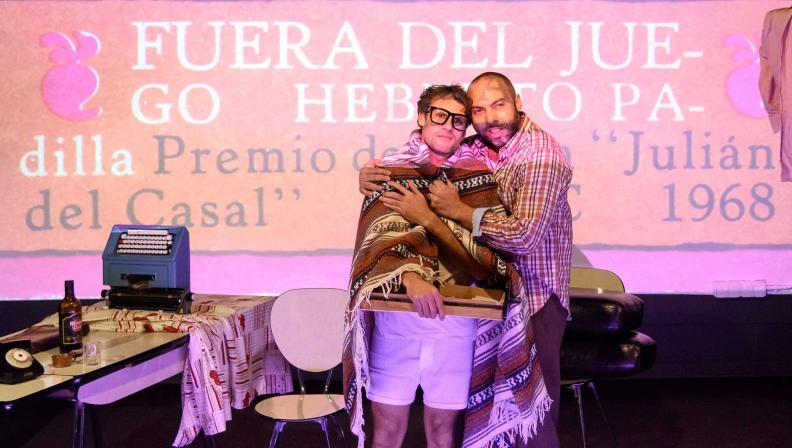 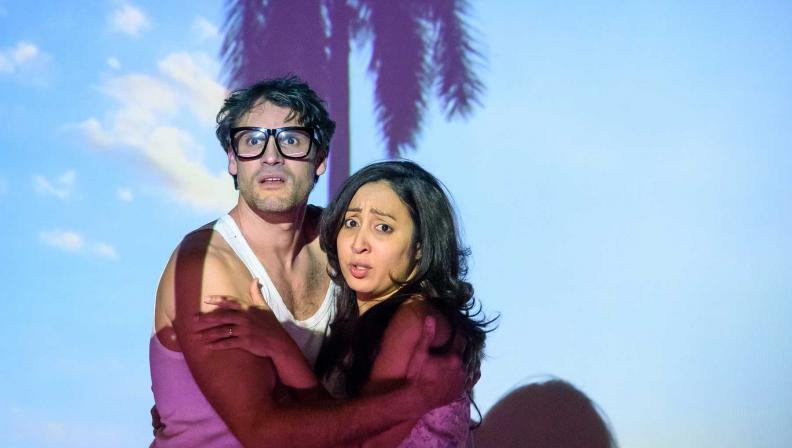 ‘Memento mori’ or the celebration of death