Buy tickets
The story of an actor preparing for the role of Richard III in Shakespeare’s play paves the way for a reflection on the power mechanisms in today’s world and on our ambition as human beings.

Taking the English playwright’s piece as a starting point, in 2013 in Uruguay, writer and director Gabriel Calderón premièred Algo de Ricardo, the same piece now being performed, with a new title, in Catalan and directed for the first time by the playwright himself at the Grec Festival de Barcelona. Contemporary power mechanisms and the relationship between actor and audience are the main themes of this irreverent piece that talks about theatre within the theatre in an unmistakeably critical tone. An actor, played by Joan Carreras, is preparing for the role of his life: that ugly, hunchback, ruthless king portrayed by Shakespeare. But, although he realises how big an opportunity this is, the actor is not at all satisfied. As the rehearsals go on, the similarities between the actor and the character he is playing become increasingly obvious. Both are intelligent, both are extremely ambitious and both, therefore, will do whatever it takes to get rid of those they deem to be their enemies... A text full of emotions that, as well as telling a story, encourages deep reflection on the human condition.

The author and director is one of the great voices in current Uruguayan theatre, has written more than twenty plays and has won the Uruguayan National Literature Prize on two occasions. One of Gabriel Calderón’s most famous creations is Mi muñequita (la farsa), performed for the first time in 2004. His plays have been seen in Argentina, Brazil, Spain, France, the United States, Mexico, Panama, Costa Rica, Ecuador, Bolivia and Peru. He has been involved in the Temporada Alta several times and, in 2015, he took Que rebentin els actors to the Teatre Nacional de Catalunya.

The protagonist is played by Joan Carreras, one of the biggest names on the Catalan performing arts scene, who has worked with directors including Ferran Madico, Rosa Novell, Magda Puyo, Ariel García Valdés and David Plana. He has also collaborated several times with Àlex Rigola (Nixon Frost, 2666, The End) and has been directed by Toni Caffiero and Marcial Di Fonzo Bo, among others. 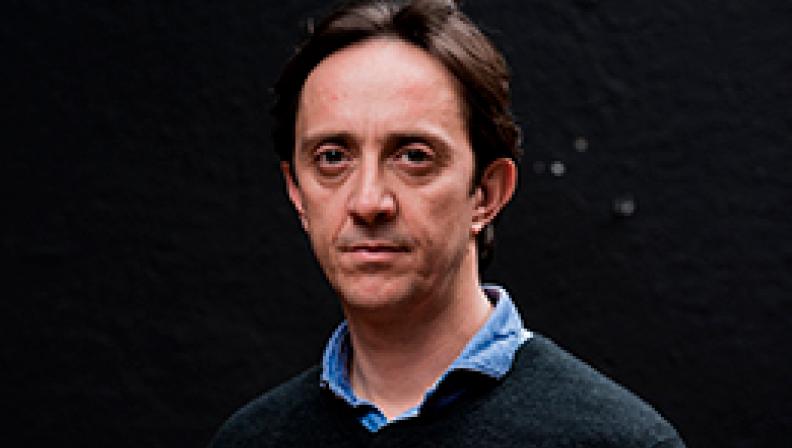