Buy tickets
William Forsythe, one of the greatest dancers, inspires the work of a basque dancer and choreographer with a sound International career, offering a danced lecture and a solo based on the teachings of this choreographer.

Born in San Sebastian in 1966, though his career has been merely developed abroad, and having worked together with renowned artists such as: Nacho Duato, Jacopo Godani, Jan Lauwers, Jan Fabre, Jan Marteens, to mention just a few. Yet, the professional dancer who has left the deepest imprint in him is William Forsythe, with whom he worked from 1992 to 2015. His way of thinking and work method are at the core of this double proposal to be seen in La Caldera.

It starts with a danced lecture based on the way Forsythe uses notation in his work and, in general, the way writing becomes choreographic material. Improvisation plays a great role, since dancers have great freedom when interpreting the notation, a responsibility that can radically affect the final result that spectators will see. The second part of the show is the solo titled Legitimate / Prayer, also based on the same premises as the danced conference. It stems from a sketch of Forsythe on how could the solo be, but, as you will see, the overall series of decisions the artist takes during her interpretation leads her to the most unsuspected places. It is bound to be an unusual experience, even for those who are already used to seeing contemporary dance, as the artist introduces the audience into the most intimate layers of choreographic work.

During July Jone San Martín takes part in the Sporá Programme of La Caldera Les Corts, to promote the circulation of practices, tools and methods so as to offer local creators the possibility of immerse themselves into the creative universe of other artists with a long career and experience. In 2019, these encounters are carried out by artists such as Jone San Martín, but also Chrysa Parkinson, João Fiadeiro, Olga Mesa and Lisa Nelson.

A production of Mercat de les Flors and the Forsythe Company. 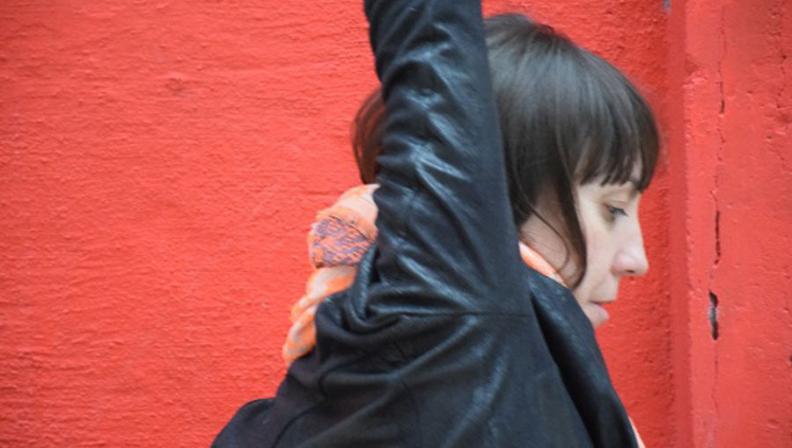