The Routes of Slavery

Buy tickets Hand program
Africa, America and Europa. Three continents involved in the traffic of slaves put forward their old musical traditions in homage to the victims of slave trading, one of the most shameful chapters in history.

So incisive and painful, as magnificent and revealing has the new musical experience of Jordi Savall been described by critics. As the great master of ancient music, together with his musical accomplices in The Routes of Slavery, the interpreter returns, as in previous occasions, with a thematic tour of the sounds of the past, specifically a set of music that goes from 1444 to 1888 connecting to  the darkest moments of History, the traffic and exploitation of human beings who, directed from Europe, destroyed the lives of so many Africans forcibly transferred to the American continent to perform the hardest jobs. Looking for a musical reconciliation and betting on putting in value a multicultural inheritance, Savall has prepared a program of these kinds of music preserved from the ancient traditions of the very descendants of slaves. The music is performed by musicians from Brazil, Colombia, Mexico, Mali, Morocco and Madagascar, and will keep a dialogue with the Hispanic musical forms, inspired by the songs and dances of the slaves and the indigenous people, as well as those based on the African, mestizo or Indian traditions. And, together with the music, there will be texts on slavery with testimonies, chronicles and reflections of thinkers.

It is a great musical portrait of an era, a sound "photograph" that shows the attitudes toward Africans of the inhabitants of the so-called Western world, both in Europe and in Latin America or the United States, but also the qualities of music as a source of peace and consolation and as the last refuge of joy and hope. A great lesson in music and history signed by a passionate fan of musical fusion and intercultural dialogue that has been sponsored by Unesco.

This performance is presented together with the Torroella de Montgrí Festival where, on August 2nd, Jordi Savall and his musicians will perform the second part of the concert, with other musical pieces related to the same theme..

This programme has been sponsored by Unesco. 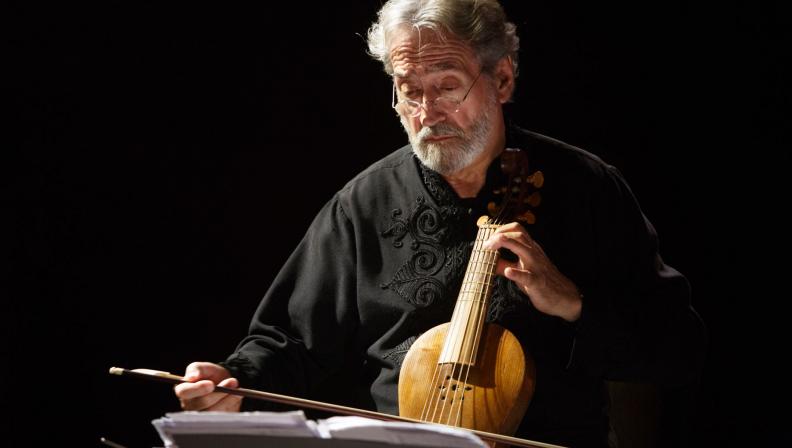