Following are the details of the information related to the refund of the tickets of days 3rd and 4rth July. You can get the new tickets for the new date.

Tickets bought online via internet:
Within 48 hours approximately you will get a total refund of the ticket/s in the associated account of your card used for the online payment.

Tickets bought at Tiquet Rambles:
In order to get a full refund of your ticket/s you should come to the ticket office (tiquet Rambla in la Rambla, 99) and you will get the refund in the same way you did the payment.

Tickets acquired via gift voucher:
The show cancelled is to be changed for the same show on the new date o, in the case of a gift voucher, for any of the shows included. For the exchange of tickets you please go to the ticket office (tiquet rambles, 99)
Shows included in

Two exceptional choreographers and dancers together with the voice of a soprano draw a portrait of two characters born and integrated in a world full of rules and regulations. In their struggle to search the truth, they will have to break them.

Indeed we are born and grown in a material world, but this world of tangible objects is governed by intangible norms, governed by a power we cannot see and described and catalogued by a language that has no physical entity... The Two characters on stage just arrived at a place that already existed before they appeared, and will continue to exist after. They live here and now and they will try to adapt to the circumstances, guided by the voice of a soprano who will help them discover their emotions. And on this initiatory trip they will discover that they may have to break rules and tear absolute truths to rediscover their most authentic self.

Here is a piece of a high choreographic level, a conceptual performance for gourmets of contemporary dance that was born from the mutual interest of Lali Ayguadé and Guilhem Chatir in their respectives universes. In their first steps of creation, they invited the belgian soprano Astrid Stockman to work jointly and, later, the artist and composer Joana Gomila, who has composed the soundtrack of this piece. The dramaturgist and scenographer Aïda Gabriëls also helped them in giving it a theatrical context and facilitate the reading of the show on the part of spectators.

Lali Ayguadé trained in P.A.R.T.S., the school of Anne Teresa de Keersmaeker in Brussels, danced with Akram Khan Company, and has collaborated with choreogrphers and artists like Roberto Olivan, Hofesh Shechter and Marcos Morau, but also with the company of contemporary circusani Baró d'evel. She starred in short film Timecode, awarded in the Cannes Festival, in the Goya and Gaudí awards and candidate of an Oscar to the best short film in 2016. She dances with Guilhem Chatir, franco-moroccan artist who has also trained in P.A.R.T.S., and has collaborated with artistic figures like the Wim Vandekeybus Company or a reference in the French new circus Yoann Bourgeois.

Beneficiary of the Cooperation Project transfronterer PYRENART, within the framework of the program Interreg V-A Spain-France-Andorra POCTEFA 2014-2020 (FEDER) 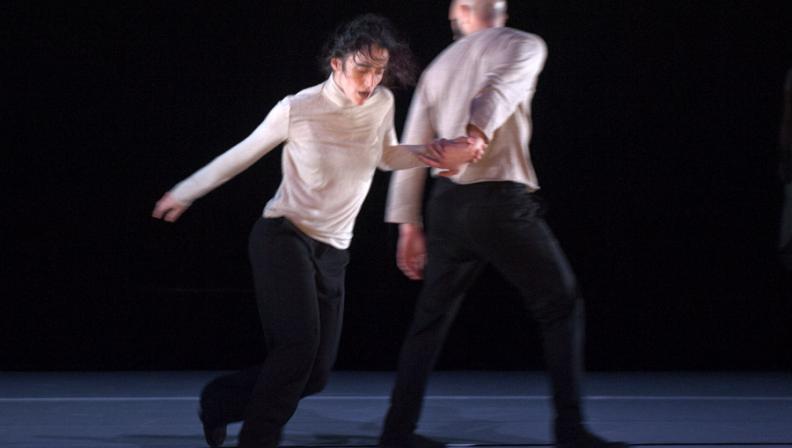 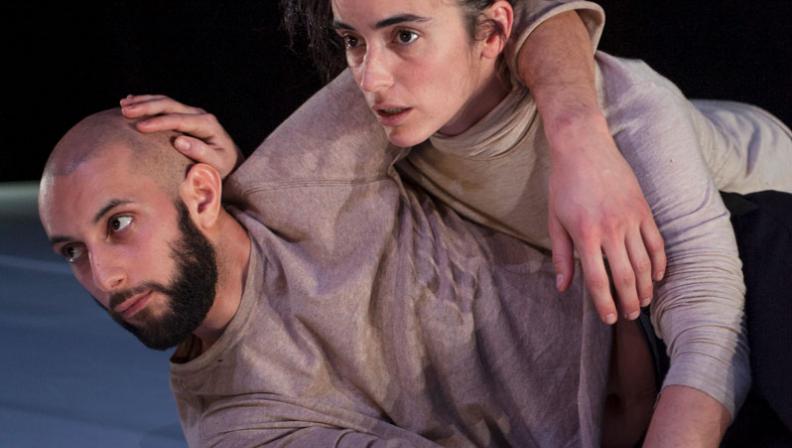 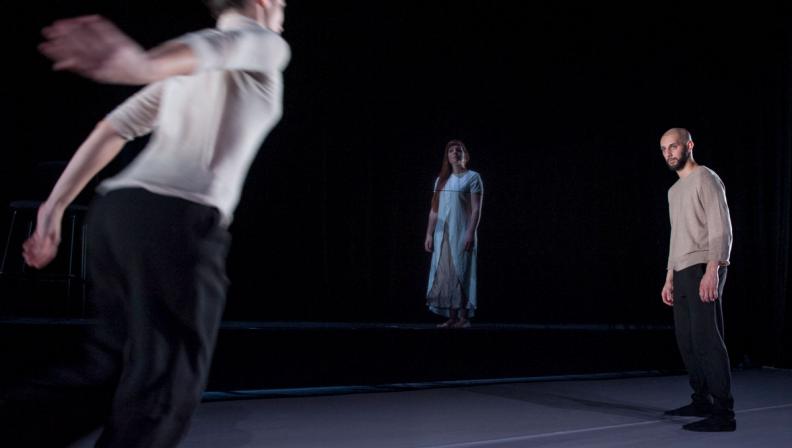 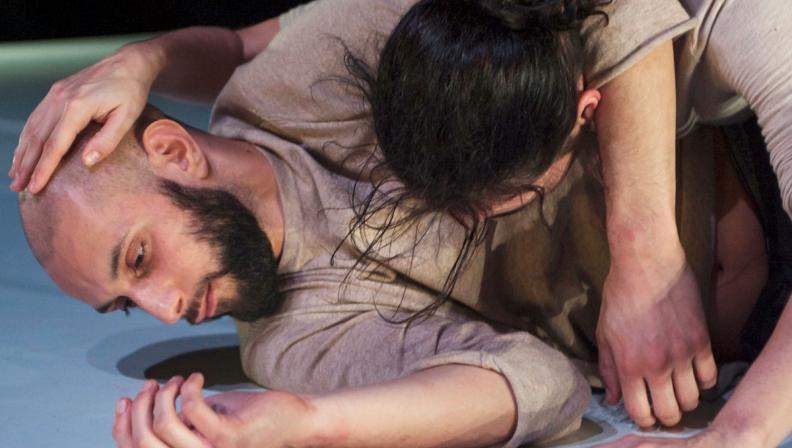 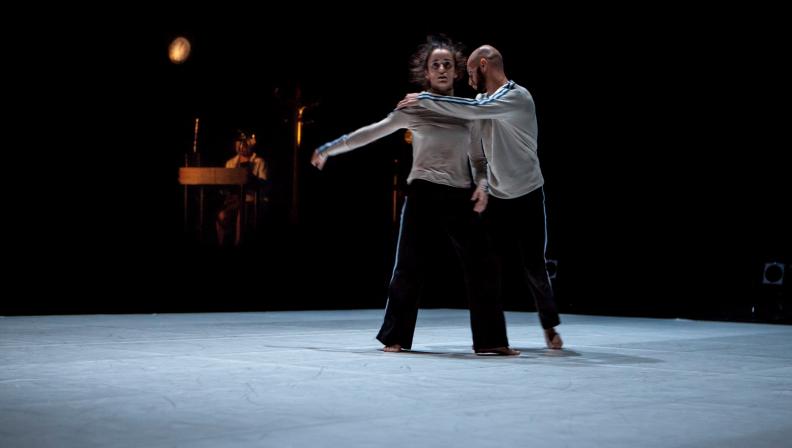 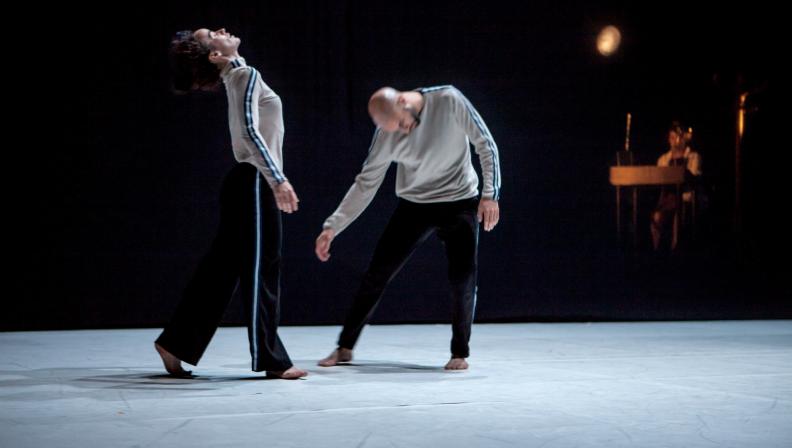 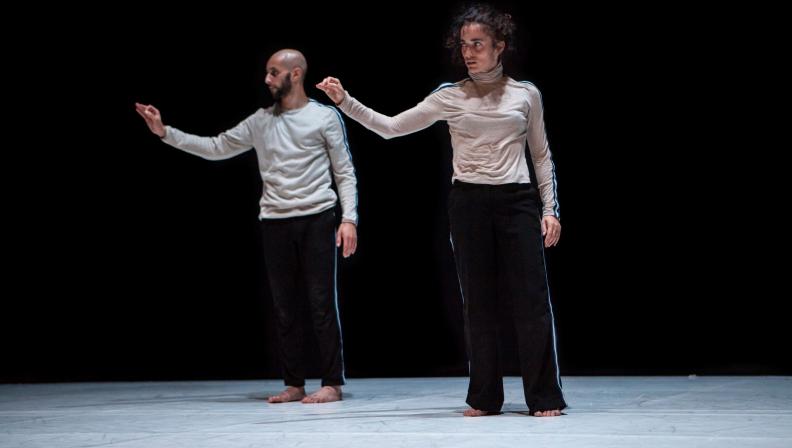 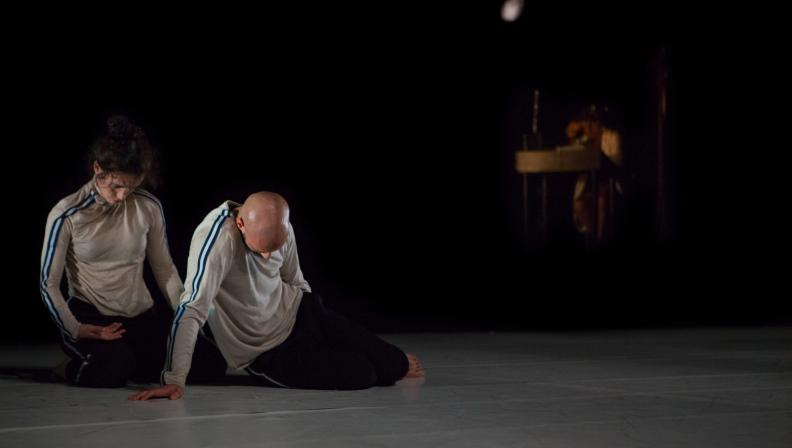