Two interpreters, one dressed and the other naked, are faced with an increasingly limited space, a reflection of a world where pressure is growing and resources are often scarce. They use movement to express emotions, pain and the conflict involved in the relationships with others. The result is a piece, as delicious and delicate as simple, that does not require scenography or props of any kind beyond the bodies of the protagonists who evolve within the sound of electronic, and often repetitive, music, composed by the British Scanner (artistic name of the artist Robin Rimbaud). In fact, the choreography was born from a loop created for Lucy Guerin during a previous choreography. Elegant, demanding, extremely suggestive and expressive ... This is a choreography where a series of idees, and particularly interesting concepts, are turned into movement. The show starts with the two performers evolving synchronously, as if they were doubles. But, the same performers will be limiting the space, until they are constrained within a relationship between the two all conveniently highlighted by a especially clever lighting design.

An amazing and meaningful piece that spectators themselves should make sense of, an innovative show of Lucy Guerin, a choreographer from Adelaide established in Melbourne since 2002 and who quickly became known for the technique and originality of her creations. Dedicated to contemporary dance, the productions of the company sometimes include text, voice and other elements that seek to offer the public some visual, emotional and physical revelations impossible to communicate without the help of movement. The work method to create the choreography and its meaning is intimately related, so that the body of the dancers becomes a vehicle for transmitting ideas.

A production of Lucy Guerin Inc

Please be aware that this performance involves nudity. 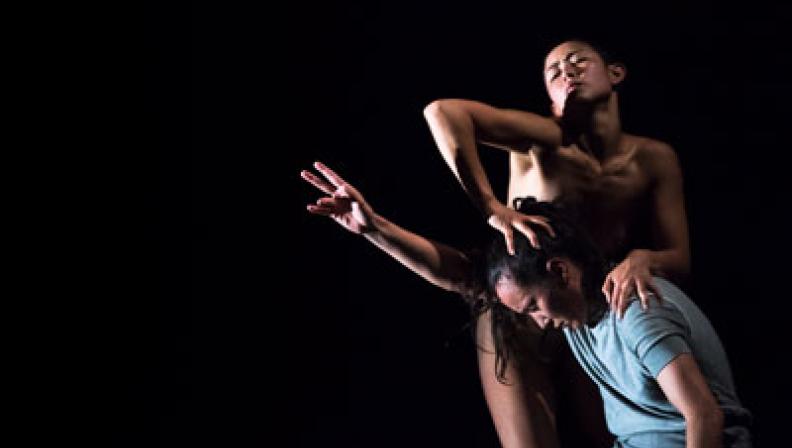