Buy tickets Hand program
It was quite a stage challenge: to gather the complete works of Shakespere in a single show, interpreted by objects and take it to the audience. Come and see how this theatrical creator has managed to achieve it.

This may seem an arbitrary, sensationalist, delusional and perhaps even empty show but... are you sure that these adjectives necessarily have a negative connotation? Surely it won’t seem the same to you after having seen this show on stage in a radically different way from those universal stories that we all know perfectly but love to keep listening again and again. They are all works by Shakespeare: Hamlet, Macbeth, Othello, King Lear, Romeo and Juliet, Anthony and Cleopatra, The Storm, Henry V, Richard III, To your taste and Summer night’s dream. All these made into one show where you won‘t see any interpreter, or at the most a manipulator of a delirious work of a visual nature. Espinosa plays spectacularly with objects and figures that might either live a passionate love story or go to war or commit a crime. Here you will see the same story of a theatrical fact, but also elements of cinema, comics and plastic arts.

After having worked in several theatre and dance shows, David Espinosa and África Navarro jointly created El Local Espacio de Creación in 2006, located in Poble-sec (an area in Barcelona) and with which he has created a pile of performances where objects are actually the main charaters. 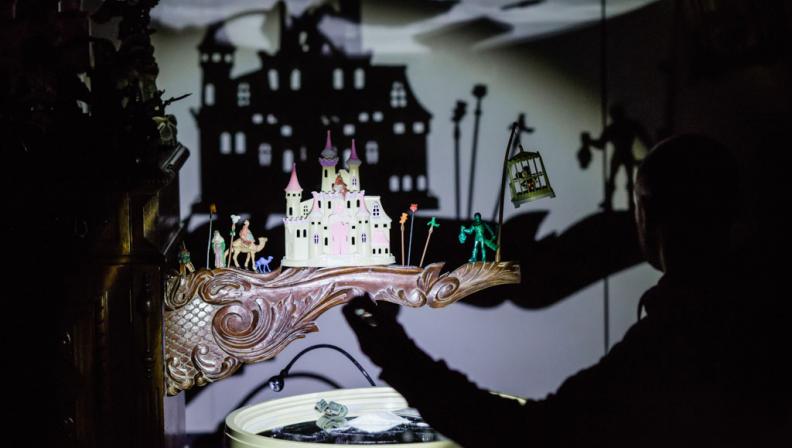