Sold out tickets New non-numbered tickets for sale Hand program
A company that has toured its shows across half the world for every type of audience talks to us about faraway planets... and people close at hand. A show on interplanetary relationships, human orbits, science, poetry and comedy.

Two boys and a girl spend hours playing at being Martians. The universe is part of their game, just as we are all part of the universe. But the time comes when their orbits part. Now they are adults, they haven’t seen one another for some time and their trajectories no longer cross. One day, the two boys receive a mysterious communication from their childhood girlfriend. She is about to realise the dream shared by the three of them: travelling to space for real. Of course, she doesn't want to go away and leave Earth behind without first saying goodbye to them.

This is a new production from Farrés Brothers i Cia., a theatre company that works with pieces of junk, gestures, words, dolls and untrammelled stories. Created in 2002, it is formed by Jordi Farrés, Pep Farrés and Jordi Palet, three artists offering us theatre for audiences of every kind, ironic, unsentimental and packed with many levels of meaning. They talk of powerful issues, from unusual points of view, in an original and non-moralising way. Comedy, excitement and complicity are the basis of shows such as La maleta de l’Agustí, El silenci d’Hamelín, La visita de la Vella Dama and Tripula, a production (premièred during the High Season in 2013 and present at the Grec 2014; winner of the 2016 Butaca Prize for best family show and the 2015 Fetén Prize) which opened the doors to the international market and brought them to countries such as France, Italy, Belgium the Netherlands, Great Britain, Lithuania, Switzerland, Germany and China.

This show enjoys scientific support from the IEEC (Catalan Institute of Space Sciences).

A company associated with the TTP (Professional Theatre Association for Every Kind of Audience).

Supported by the ICEC (Catalan Institute of Cultural Enterprises).

The concert (recorded on 3 July) will be shown on TV on Sunday 12 July, at 7 pm. (times to be confirmed) 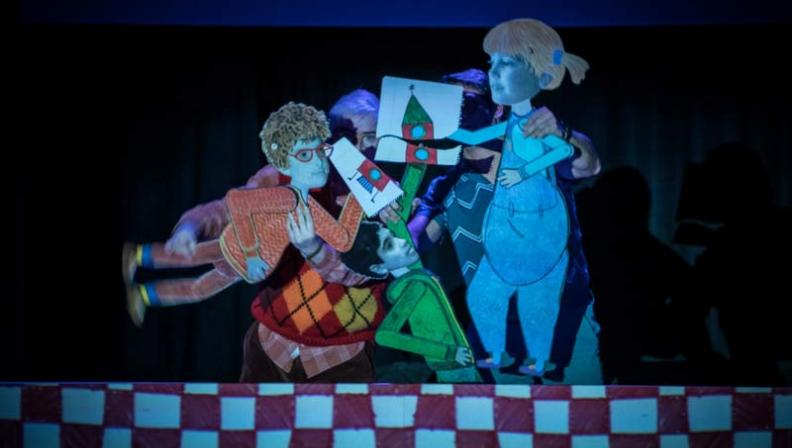