Buy tickets Hand program
This company, well-known at the Grec, paints the collective biography of a multi-ethnic group of actors and actresses using post-documentary language to describe the performer’s experience and their right to not belong to anywhere.

They first came to the festival back in 2009 talking about adolescence in X (ICS) Racconti Crudeli della Giovinezza [X.03] and the experience was so good they returned in 2012, with Alexis. A Greek tragedy and Too late! two shows about from the then stinging Greek crisis and about the relationship between the rulers and the ruled as a backdrop. A few years later, in 2016, Enrico Casagrande and Daniela Nicolò, two souls of the company, surprised us using rich multidisciplinary imagery in the 2016 edition of the MDLSX assembly, which was a documentary invitation reflecting on the barriers we auto impose to divide the world by sexes and vindicate the right to not belong to any of them. Now, the Italian company returns to the Festival with a show co-produced by Grec, Panorama. The title, chosen by the Greek etymology of the phrase, "to see everything", insists on this right not to belong, although now, rather than sex, it applies more to a geographical origin. Motus poses this question from a legendary New York East Village theatre (La MaMa) where actors and actresses coexist from the most diverse backgrounds and who migrated there to make a dream come true. Lengthy interviews with the performers gave rise to a play by Erik Ehn, one that emphasizes nomadism as an intrinsic value of existence, especially among artists, opposed to the fixed categories of nationality, race or profession to which it seems that we all obligatorily have to sign up to.

By exploring and studying the personal trajectories of each of the interpreters some universal questions are raised. All of this makes up the post-documentary narrative about the experience of being an actor and being a foreigner today, elaborated through interviews with the performers, but also with other interviews and films made via Skype or directly in the actors and actresses countries of origin. All this material reaches the spectator in a multimedia format, thanks to an elaborate scenic mechanism developed by the Seoul Institute of Arts. 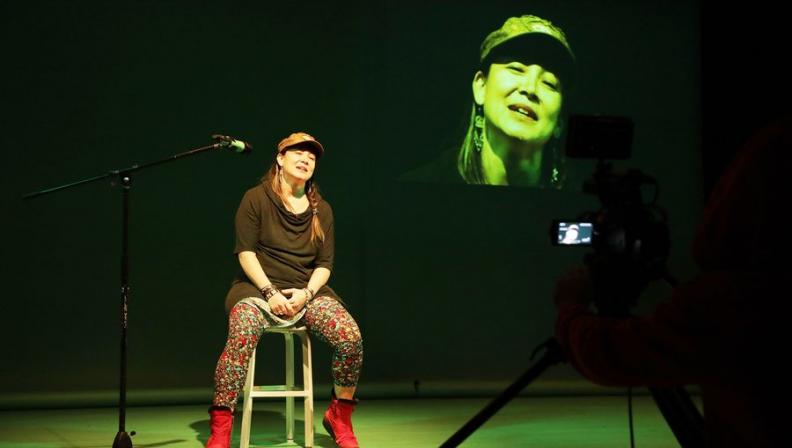 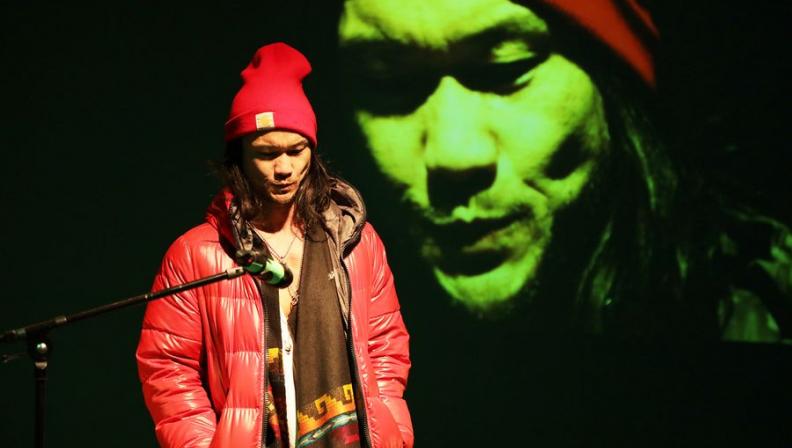 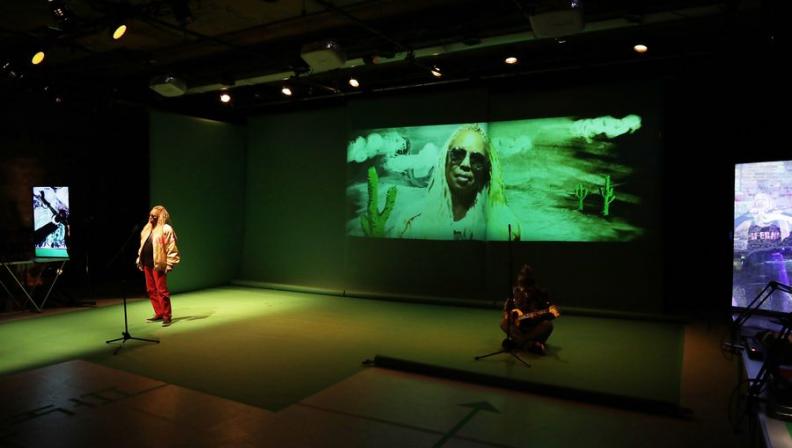 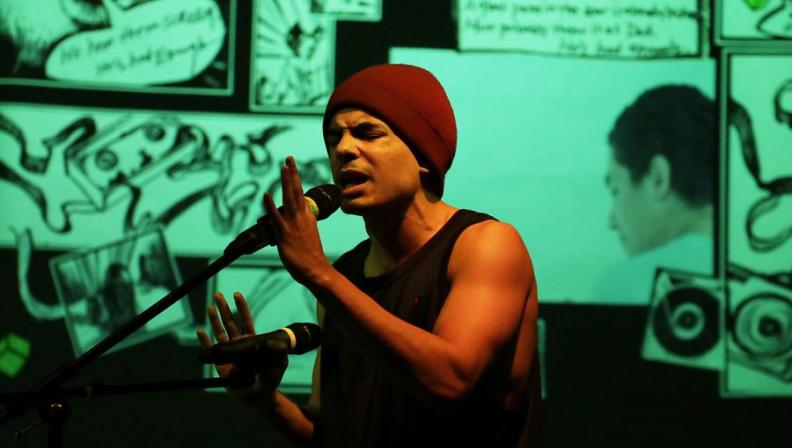