Paradise Lost (lies unopened beside me)

Buy tickets
An English-language classic and a key piece of universal literature, liberally re-invented by a company that works with the most diverse range of languages, from theatre and dance to the circus and oral narration.

Ben Duke, the single performer and creator of this show and one of the founders of the Lost Dog company, was trained in theatre at the Guildford School of Acting, in dance at the London Contemporary Dance School, and in English literature at the University of Newcastle. Here you have, then, the three pillars that sustain his artistic work and that are also the main elements that gave rise to this version of the famous epic poem Paradise Lost, by John Milton, a production which is now presented at the Grec Festival in Barcelona, in advance of the version of the same work that will be presented at this year's Festival by director Andrés Lima.

Duke plays, and this is not a joke, God himself, a supreme being who creates the entire world out of pure boredom and watches as his creation spirals out of his control... The performer liberally recreates Milton's work through words, music, and movement in a fun, surprisingly witty show. It features God as Satan's lover and warrior angels that walk around the kitchen of the Almighty's designer flat. Scenes from the life of the performer himself are slipped into the work, which talks about Creation in capital letters, but also refers to the act of creation and seems to suggest that we are all somehow clumsy gods in our own existence.

It's not the only divinity-shattering reinvention of a classic that Ben Duke has created with Lost Dog. Previously, the troupe had presented its vision of a Romeo and Juliet who did not die, but rather fled to Paris and that the audience found when the flame of love had already been extinguished. They also offered us a new and surprising perspective on Dickens' A Tale of Two Cities. And also, in the form of a short film (In a Nutshell, 2020, available on YouTube), they've imagined a horrific future after the pandemic in which theatres never again open their doors, leaving behind empty buildings whose original purpose has to be explained.

A Lost Dog production.
Co-commissioned by The Place and Battersea Arts Centre with further commissioning support from Bath ICIA University.
Developed with support from The Point, Eastleigh and South East Dance.
Supported using public funding by the National Lottery through Arts Council England. 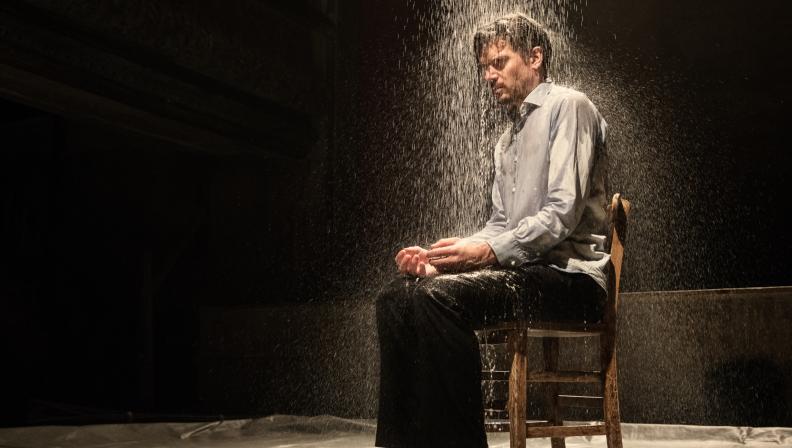 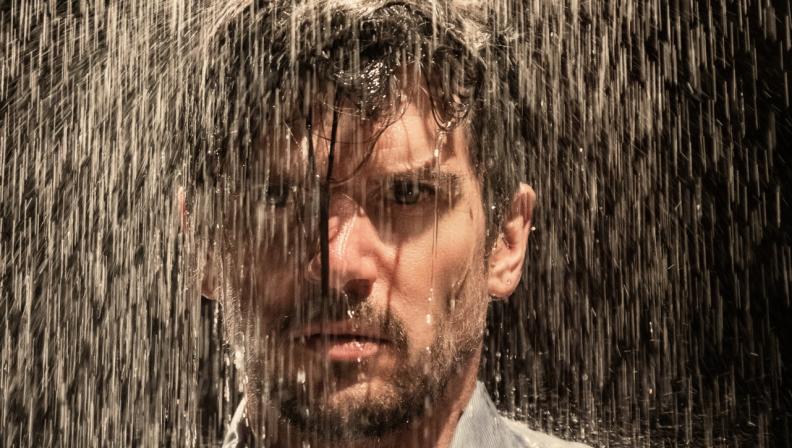 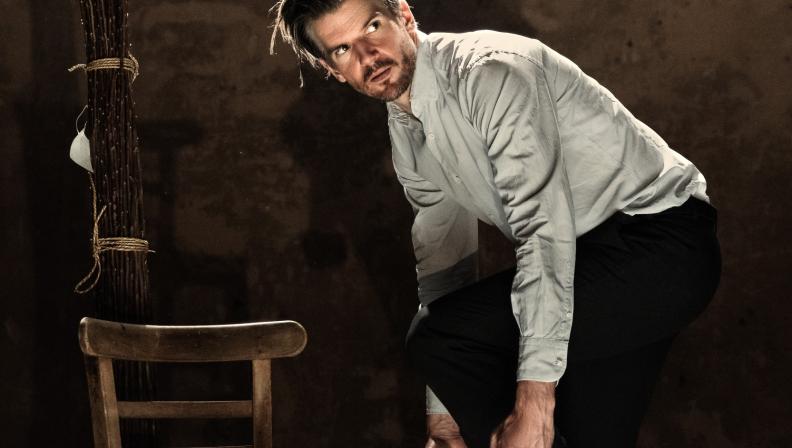 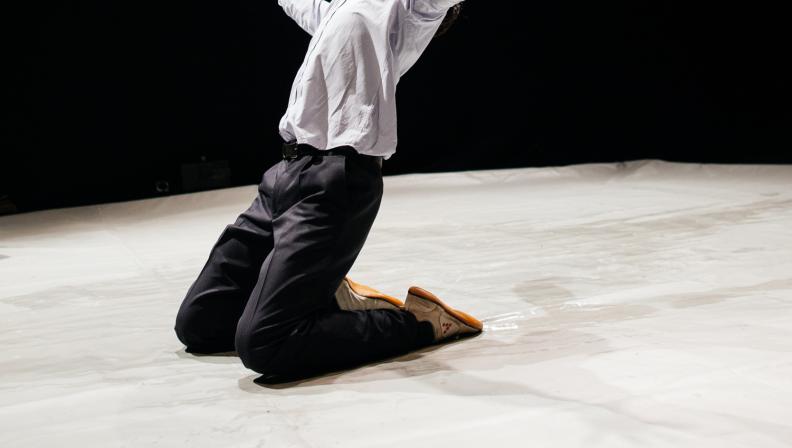 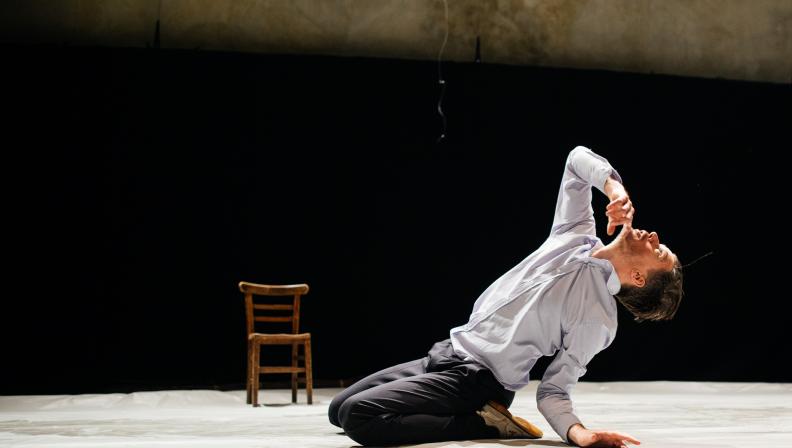 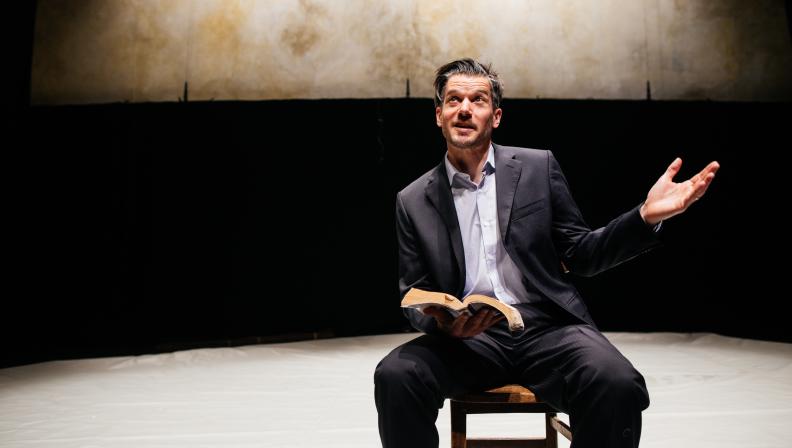 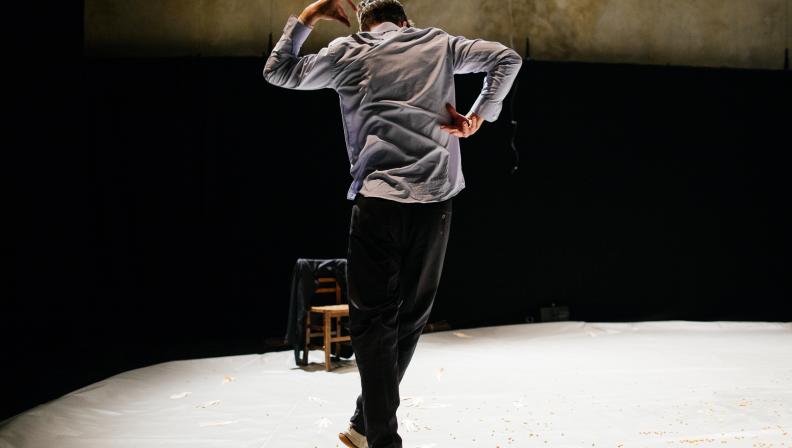 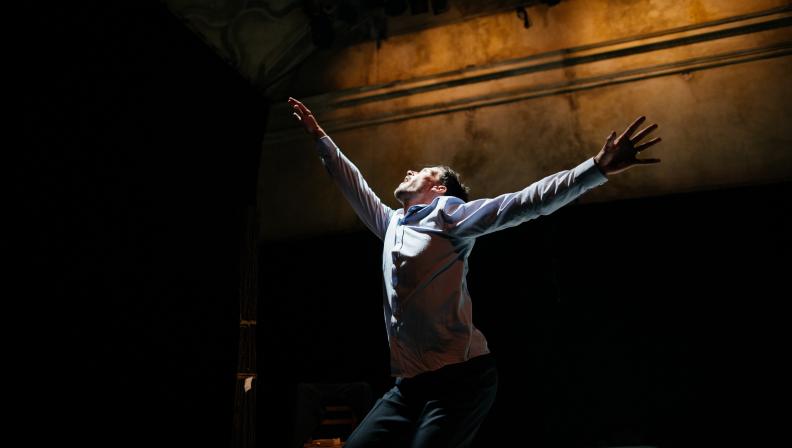 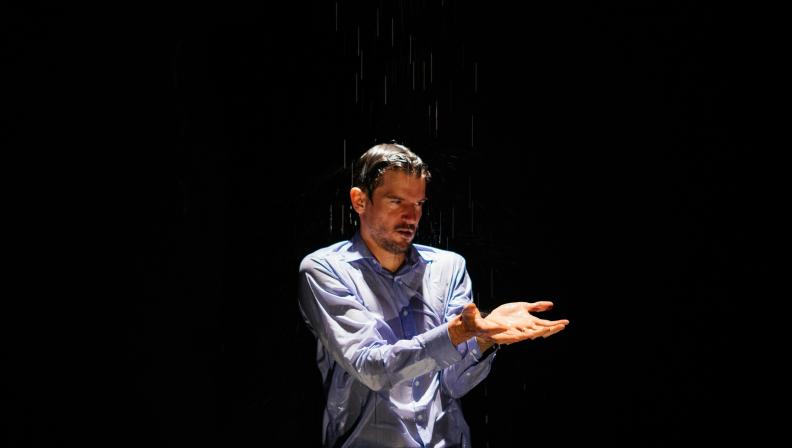