Helena Tornero, based on John Milton’s poem of the same name

Buy tickets
A homage to the beauty of Milton’s works through a contemporary approach which also pays tribute to the actor’s profession, so often demonised for its capacity to break new ground.

The epic poem by John Milton published in 1667 tells the tragedy of the fall of man, although it also narrates the fall of Satan. Reclaimed by the romantics as a true hero, Milton’s Satan symbolises the rebel who revolved against the tyranny of the heavens. Because there is the story of the fallen angel before the fall of man. The story of a failed rebellion and its consequences, which will determine the destiny of man and woman. However, are we the way we are because that is how our destiny was written or because our beliefs caused it to be written that way? Besides celebrating the beauty of Milton’s language, this version of Paradise lost / Paraíso perdido also aims to pay homage to the actor’s profession, so often vilified, disparaged and demonised for its fascinating capacity for transformation and breaking new ground. Actors were not allowed to go near cities, as there was a fear their profession would contaminate people of good faith. Fear of knowledge has very ancient roots. “Perhaps knowledge is a sin?”, said the serpent to the woman. And it was woman who chose knowledge over ignorance. But…

The playwright and script-writer Helena Tornero explains that the production aims to offer audiences an opportunity to feel part of the performance, by travelling to the place of the other through Milton's words and thereby discovering how much angel or devil, man and woman, actor and spectator there is in each of us.

The performance is directed by Andrés Lima, an innovative actor and theatre director, linked to the company Animalario in particular, who has staged productions for Spain’s main creation centers (including Centro Dramático Nacional, Teatro de la Abadía and Teatro de la Zarzuela), acted for directors ranging from Vicente Aranda to Icíar Bollaína and is a three-time recipient of the Max prize for best director. This production sees him directing Pere Arquillué and Cristina Plazas, members of a spectacular cast in a show that promises to be a great theatre experience.

A production from the Barcelona Grec Festival 2022, Teatre Romea and Centro Dramático Nacional.

In cooperation with ICEC, Barcelona Town Hall and INAEM.

First performance at the Teatre Grec de Barcelona, on 26 July 2022

At the representation of this show on July 27, there will be an audio-description and accompaniment service.​

Audiences should note that strobe lighting effects will be used at one point in the show.​ 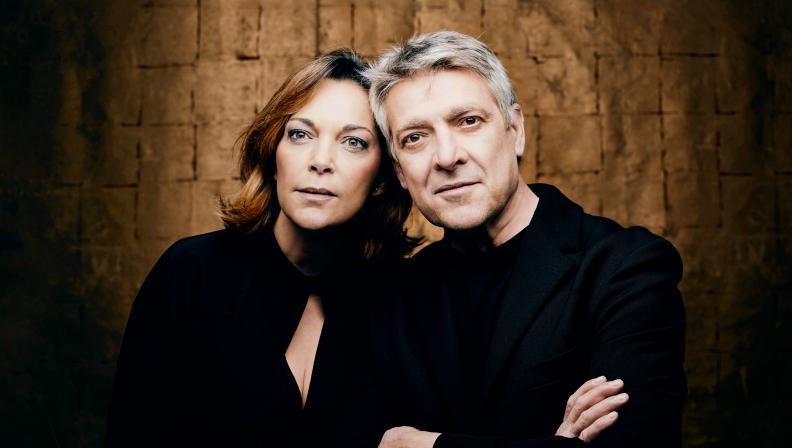