Buy tickets Hand program
Two actresses leave behind a city, Barcelona, that is immersed in a turbulent political situation. Between songs, they will search for the truth in the other side of the ocean, and they will discover that the truth is scarce in newspapers as well as in history books.

What is the American dream? ... These two Barcelona girls have just landed  in a New York theater where they will begin to rehearse Shakespeare's Richard III. One of them will be the deformed and ambitious protagonist who gets to take the throne of England and the other will play all the other characters, always under the watchful eye of the director. Both actresses have just left a troubled city, where the political situation is confusing and controversial. They, however, are immersed in the fiction created by the English Bard, until a book discovers that this character was not exactly as Shakespeare shows and that perhaps Richard III was not the tyrant he portrayed. Where is the truth? They wonder too, by reading the American newspapers which tell them about Barcelona and some facts that are not what they deem authentic. And so, the show uses a classic drama to tell us about the search for the truth or, rather, for our own truth.

Some neon lights that symbolize the compulsive consumption and the American dream illuminate the scene, where a metatheatrical fiction takes place. The two protagonists conceived this show in October 2017 during a trip to Los Angeles to get to know the Mecca of the cinema. There they found a multidisciplinary artist, Jason Trucco, with whom they imagined this project, developed in a residence at La MaMa Theater, a mythical alternative setting in New York. Is it a fiction or is it a documentary theater? Choose yourselves, because the two main characters are, at the same time, the artists who have imagined it all: the actresses and musical performers of the musical project The Mamzelles Bàrbara Mestanza and Paula Ribó. They are accompanied by Jason Trucco, director of the show both in reality and fiction, who is a resident artist at CultureHub, a community of art and technology formed by the MaMa Experimental Theater Club of New York and the Seoul Institute of the Arts. 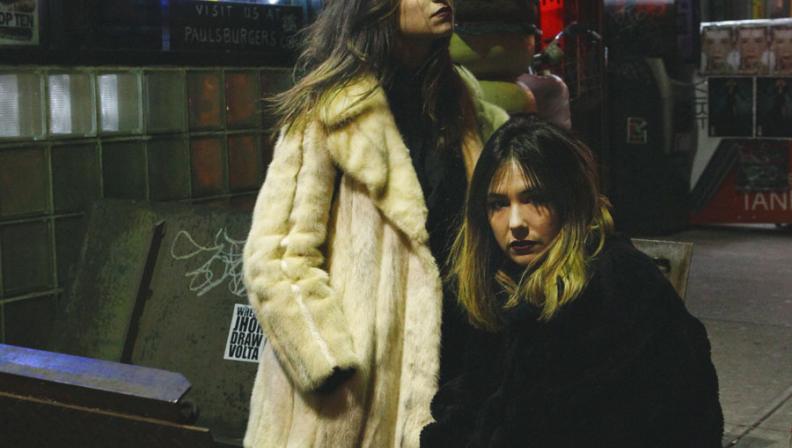