Buy tickets
Three contemporary spanish artists stage a visual and scenic poem, a meta-theatrical game between past and present which introduces us to the figure of the enigmatic poet of ancient Greece.

It is said she wrote over ten thousand verses, but only a few complete poems have made it to the present day. Even so, she is one of the great characters of ancient Greece, an enigmatic figure that Plato regarded as his tenth muse. She was a famous poet who, according to her own verses, often fell in love with her female disciples. A mysterious character, given the lack of reliable information we have on her, who takes centre place in this stage production created by Marta Pazos, a director, playwright and stage designer and currently one of the key figures in avant-garde creation. Together with songwriter Christina Rosenvinge and dramaturgist María Folguera, she has imagined a Sappho who, sensing her own imminent death, convenes the muses in a garden on the island of Lesbos, where she was born, and asks them how her name will be remembered in the future. The muses then take her and the audience off on a journey through time, stretching from the era of Ovid to an auction at Christie’s, as they sketch a portrait of the human side of Sappho, responsible for a certain way of understanding love. We will discover what is known and imagined about the artist, the role she has played in the eminently masculine literary canon, the fantasies projected onto her and the speculations from literary studies on her as a figure, a good example of the prejudices and prevailing values at each moment in history.

This production takes us into the past while keeping one foot in the present, in a game of theatre within theatre which will help us to gain a slightly better understanding of a poet who composed her verses to be sung, like today’s pop songs. Hence the importance of music in a production that may not be able to reconstruct the sounds of Sappho’s songs but which can immerse itself in her spirit and use the formal elements of her poetry in a delightful game that imagines how the poet’s music would have sounded had she been a singer-songwriter of the 21st century.

The show is directed by Marta Pazos, who was born in Pontevedra in 1976, studied history of art in Barcelona and trained at the Societas Raffaello Sanzio theatre’s Scuola Cònia, under the supervision of Claudia Castellucci. She is the creator of shows with a clear visual aspect that goes beyond realism and that aim for a strong visual impact. The artistic director of the Voadora Company, she recently directed a stage production in Barcelona, at the Teatre Lliure, which she produced from the Federico García Lorca film script Viaje a la Luna, and a highly personal version of another of that author’s creations, Comedia sin título, which she brought to the Centro Dramático Nacional.

The production features live music from Christina Rosenvinge, a Madrid-based artist, originally from Denmark, who has been re-inventing herself on stage since the 1980s and was able, since the start of teen pop, to take her talent to the depths of underground rock and ended up reborn as an American-style indie singer-songwriter. Apart from releasing the volume La palabra exacta, which features the lyrics of her songs and some of her own written work, she has also acted in films such as Maria Pérez Sanz’s Karen (2021), where she played the part of the writer Karen Blixen.

A co-production from the Festival Internacional de Teatro Clásico de Mérida, Teatre Romea and the Barcelona Grec Festival 2022.
In collaboration with ICEC and Barcelona Town Hall. 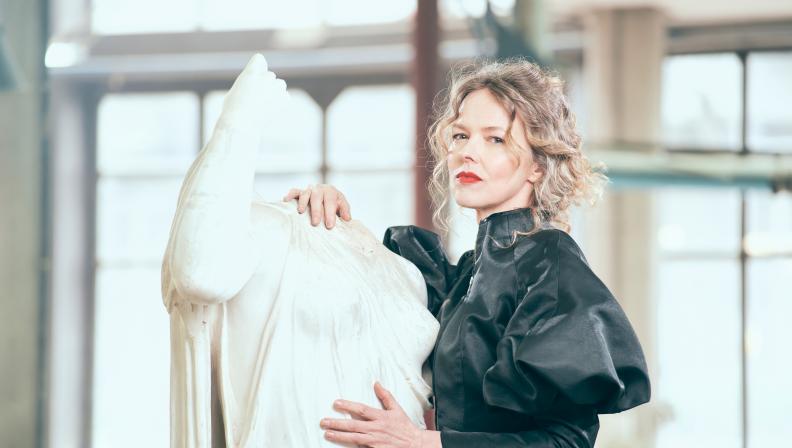