Last tickets New non-numbered tickets for sale
The lockdown music of three lads who share a flat in the Eixample has become a worldwide online phenomenon. Now it is taking a leap forward to the real world, with Curtcircuit. Everyone knows their music, their terrace... and their rubbish bin.

Their story is the same as many other Barcelona residents, who one day found that they had become the protagonists of an extended version of The Exterminating Angel. They were lucky enough to share a flat with a terrace, and as they were musicians, they had entered lockdown with their instruments. The story of Rai Benet, Klaus Stroink and Guillem Boltó started out as a joke: they recorded a song and uploaded it to Instagram. Vocals, guitar and a tambourine, percussion improvised with a rubbish bin and in the background, a traffic sign from God-knows-where. It was very successful, so they recorded and uploaded another one, and soon the phenomenon spread everywhere. And seriously, the number of people who have played their songs online is more or less the same as the population of a couple of medium-sized countries.

The talent of these artists comes as no surprise, because far from coming out of nowhere, they all have established careers. Klaus Stroink is a voice-over actor, he plays the trumpet and is a member of the rock band Calafell Buhos, as is the guitarist and bass player Rai Benet, while Guillem Boltó plays the trombone in the Vallés ska and reggae band Doctor Prats. A number of artists have played with them, via mobile phone, including famous names from the Catalan scene such as Sílvia Pérez Cruz, Judit Neddermann, Manu Chao and Macaco. Even Michael Bublé has done a cover version of Gotta Be Patient. Everyone is eager to see them live, so much so that the planned concert in Sala Apolo on 31 July, organised by Curtcircuit, the series of concerts from the Catalan Association of Concert Venues, sold out in a few hours. In the end, the concert was not able to go ahead, but it has been taken up by the Barcelona Grec Festival, which is putting it on at Montjuïc's most emblematic venue. Part of the takings will go to the #JoEmCorono initiative, which aims to contribute to the research on Covid-19 carried out by the Fight Against AIDS Foundation, IrsiCaixa and the Germans Trias i Pujol University Hospital to combat the pandemic. 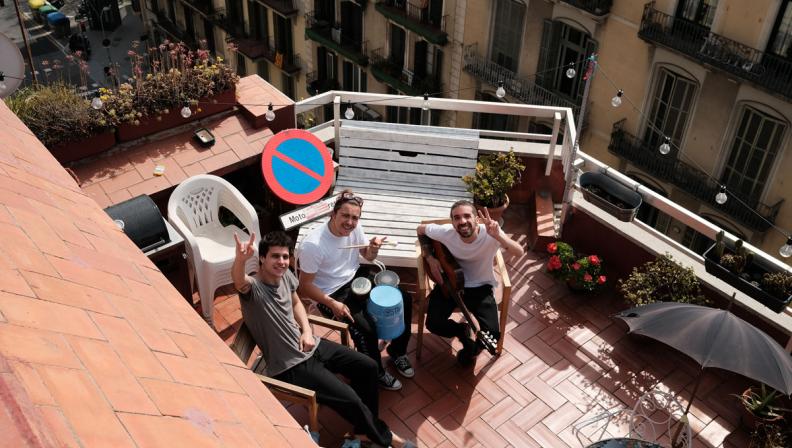 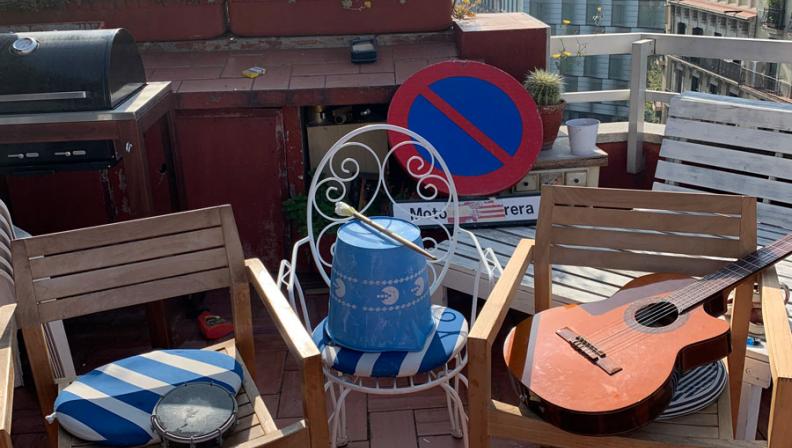