If you want to experience movement in an artistic proposal without more performers than yourselves, just head towards the National Museum where a world-renowned choreographer shows you his vision as a creator of installations.

Surely you have heard of William Forsythe more than once and maybe you have even lucky enough to see him dance or enjoy some of the choreographies he has created for the most important companies in the world, but especially for the Frankfurt Ballet, for which he had been artistic director for twenty years, before creating his own company in Dresden, The Forsythe Company, which he directed for ten more years, until 2015. In addition to creating scenic pieces that transgressed the conventions of dance and drama, Forsythe has stood out as a creator of performative installations and choreographic objects that are especially interesting and diverse. During the 2019 Grec Festival of Barcelona, we can see one of these objects installed in the Oval room of the Museum, as well as some other actions in different parts of the city (Legítimo / Rezo, by choreographer and dancer Jone San Martín. La Caldera Les Corts, July 19 and 20). White Bouncy Castle is a choreographic space designed to exclusively accommodate viewers so that it does not require any interpreter. It is a gigantic cube, a kind of a large white inflatable castle inside which visitors are invited to bounce and fall, to feel their body completely destabilized to the sound of a musical composition created by Joel Ryan. Enjoy the social absurdity it represents and the almost addictive sensations that will provoke on you.

A co-production of William Forsythe and Group.ie

This choreographic object was commissioned by Artangel (London).

No entrance under the age of 6 is allowed. 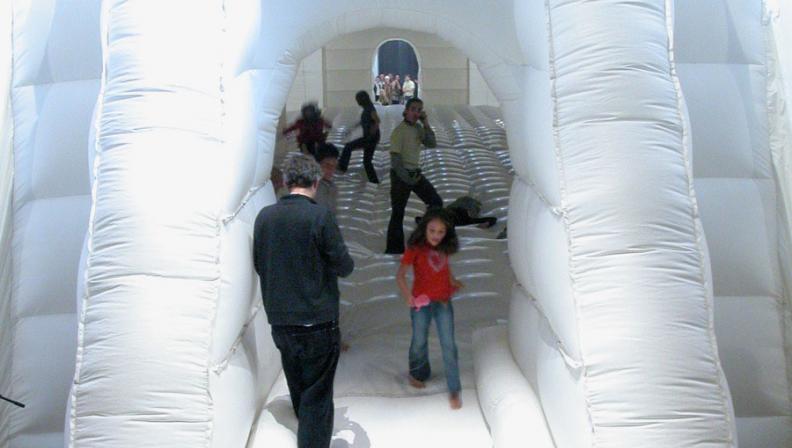 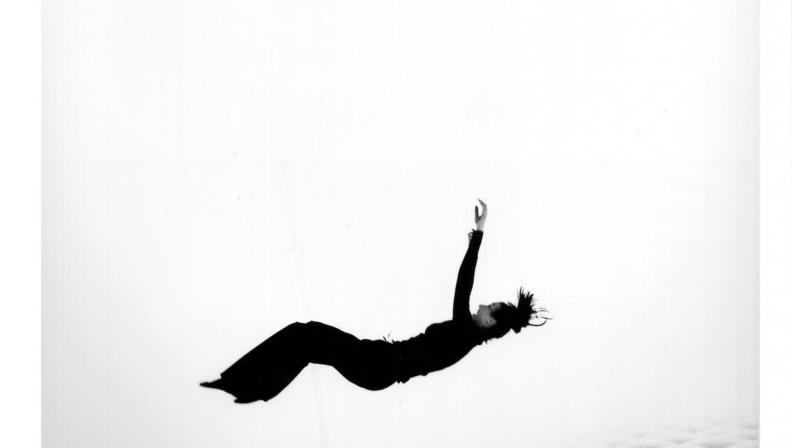 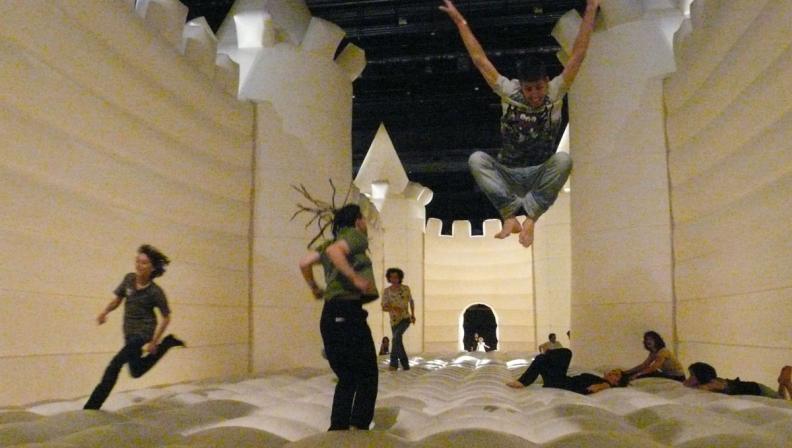 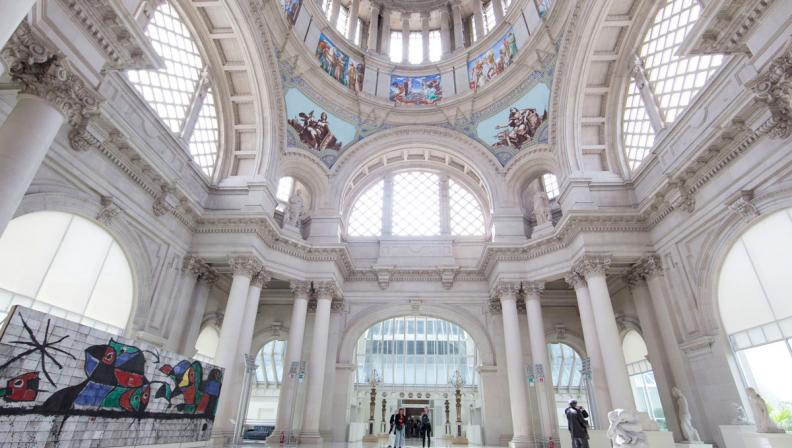 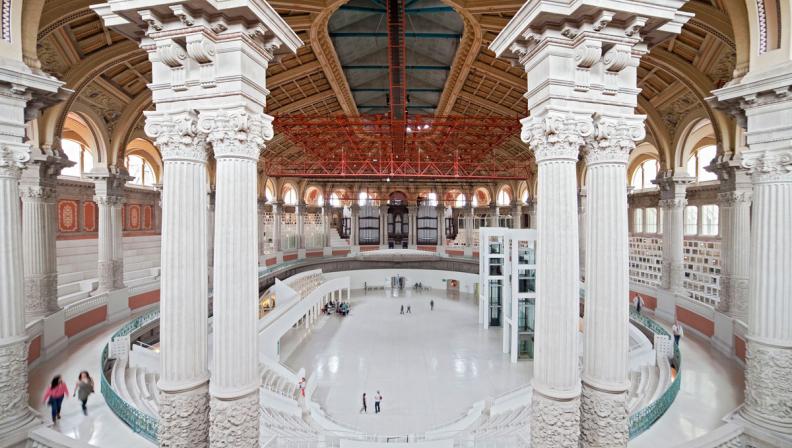 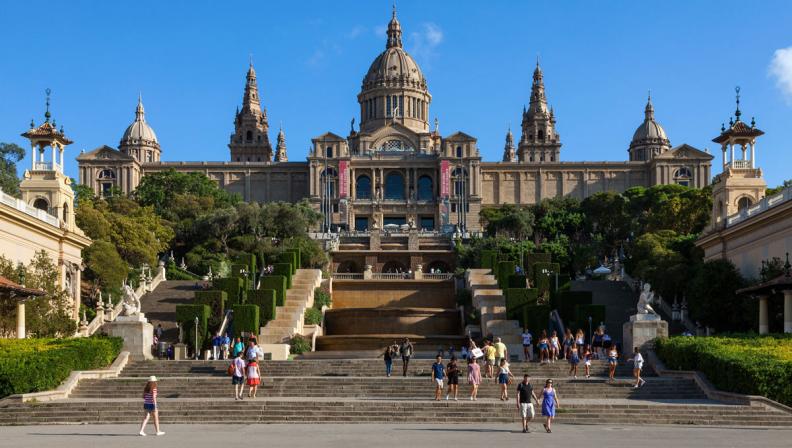 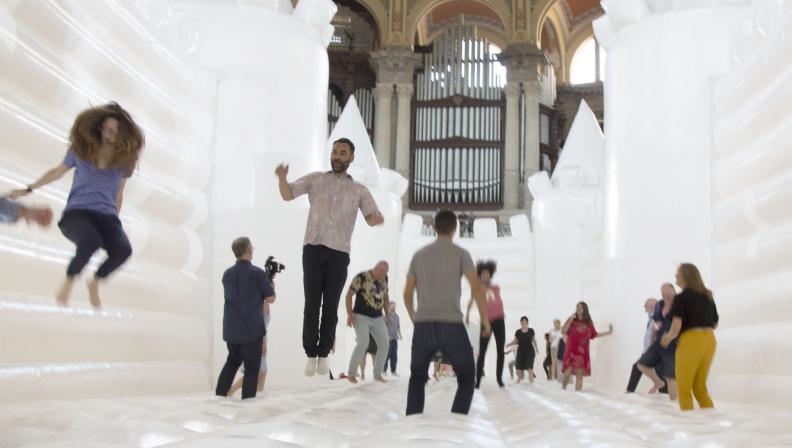 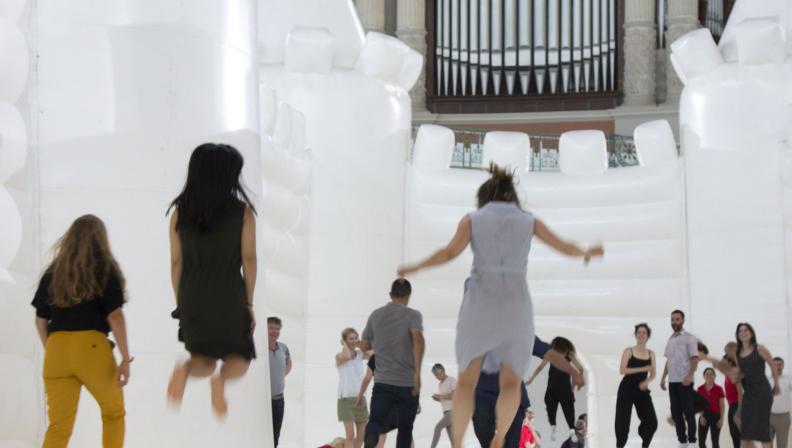 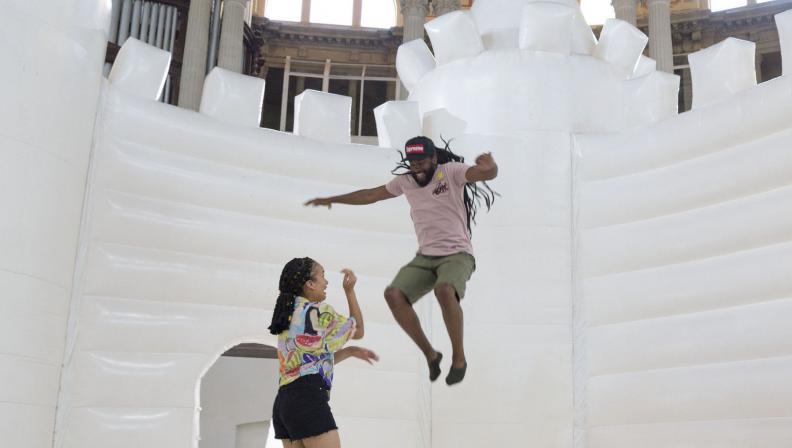 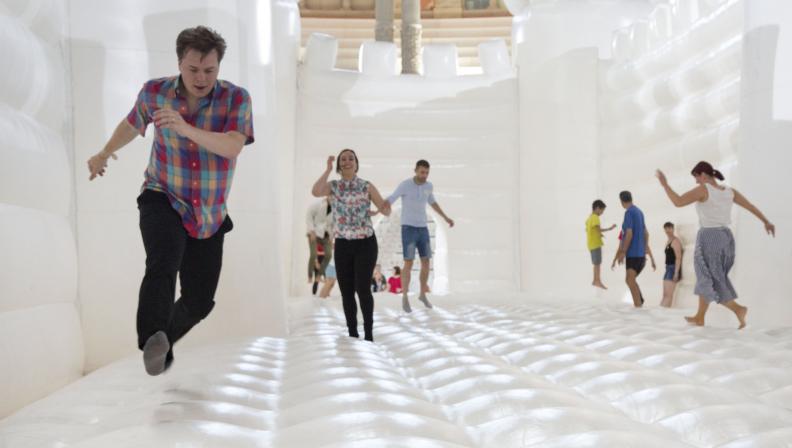