A transparent, ethical and accountable administration

The mechanisms implemented by the City Council to control transparency and good governance have delivered good results since the Office for Transparency and Best Practice (OTBP) was set up in 2015. 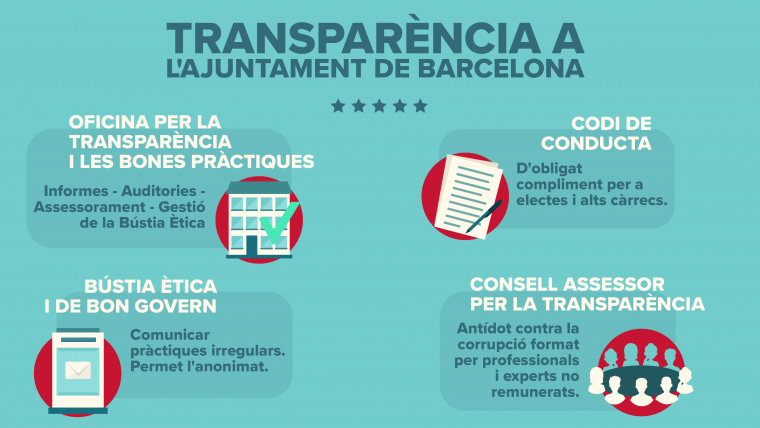 The office was created to improve and strengthen regulatory services and create a structure for control, management, auditing and analysis by municipal bodies. To this end, the office compiles reports and carries out audits, as well as helping to run the Ethical and Good Governance Mailbox, an online tool the public can use to report practice which goes against ethical management by the administration, whether by municipal workers or elected officials. The service also allows reports to be made anonymously.

Success of the Ethical Mailbox

Since it came into operation on 20 January 2017, the Ethical and Good Governance Mailbox has received 499 communications, 204 of them anonymous and 295 of them by people identifying themselves. The figures show that allowing anonymous communications was a sound decision.

Out of all communications received, 81 related to public safety, 62 to procurement, 50 to health, 47 to administrative intervention in activities, 36 to local regulations and urban planning and 31 to aspects relating to transparency and good governance.

The nature of 133 communications meant they were redirected to Iris, the IT app for incidents, complaints and suggestions. Of these, 71 cases were listed as resolved, while the 62 others were awaiting complimentary data.

Some 126 communications were admitted for investigation in 2017, another 126 were under review and 56 were not admitted due to a lack of supporting information, for not complying with the rules of the Ethical Mailbox or because the City Council was not the body involved.

Since the Office for Transparency set up the Ethical Mailbox, various institutions have asked to be able to include it in their own work. These include the Catalan Anti-Fraud Office, the Valencian Anti-Corruption Agency and the councils of Madrid, Valencia and Argentona. The open character and open-source software used in the design of the tool facilitates this transfer.

Beyond the transparency and good governance act

One of the first things the OTBP did was to create the transparency portal. Over the first two years in operation the site received 14,000 visits a month on average, accounting for nearly 5% of all visits to the City Council website.

In addition, the Ethics and Conduct Code was approved, establishing the values and principles which should run through all municipal action and which directly affects all 412 high-ranking and elected officials.

The Ethics and Conduct Code includes the Ethics Committee, a group of professionals proposed by the municipal government and municipal groups to strive for the fulfilment, application and revision of the code. The committee was chosen via a hearing, a pioneering method in the Spanish state to evaluate the suitability of candidates.

The Transparency Advisory Council was also set up in the same period, a body made up for professionals and experts working in an unpaid capacity to combat corruption and ensure transparency with the City Council.

The transparency and good governance measures implemented by the City Council delivered positive results in 2017, as confirmed by various studies on transparency in councils in Catalonia and Spain. One was Infoparticipa, the transparency seal awarded by the Autonomous University of Barcelona, which concluded that Barcelonan City Council fulfilled 51 of the 52 indicators, achieving 98% transparency.

Similarly, the organisation Transparencia International put the city at the top of the ranking of transparency indicators for municipal councils, scoring 100% in all 80 indicators making up the index. 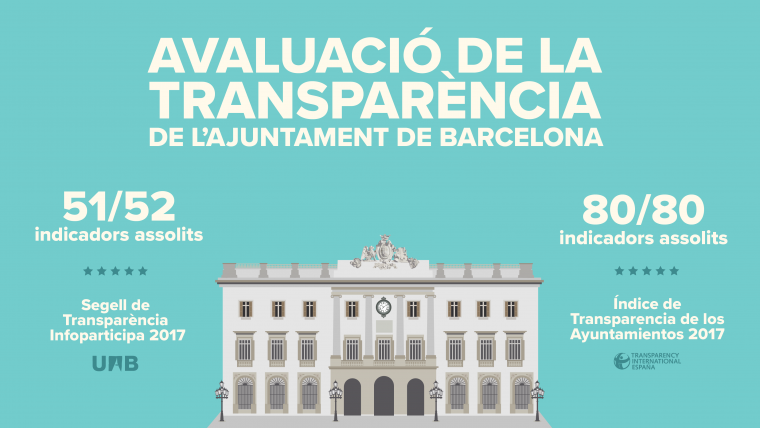 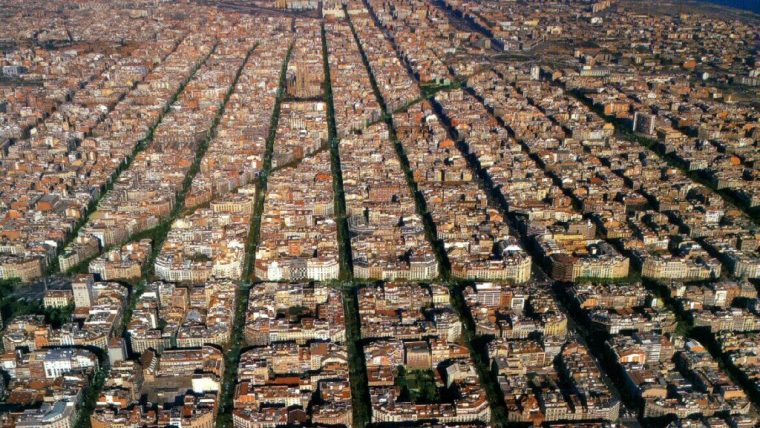