The neighbourhood of El Parc i la Llacuna del Poblenou has gained a new green street section and a new square through a revamp to C/ Almogàvers, between Joan d’Àustria and Pamplona, and C/ Zamora, between Almogàvers and Pere IV. The work was done under the criteria for the green streets in the Barcelona Superblock plan, to give more prominence to local people, greenery, sustainable mobility and local commerce. 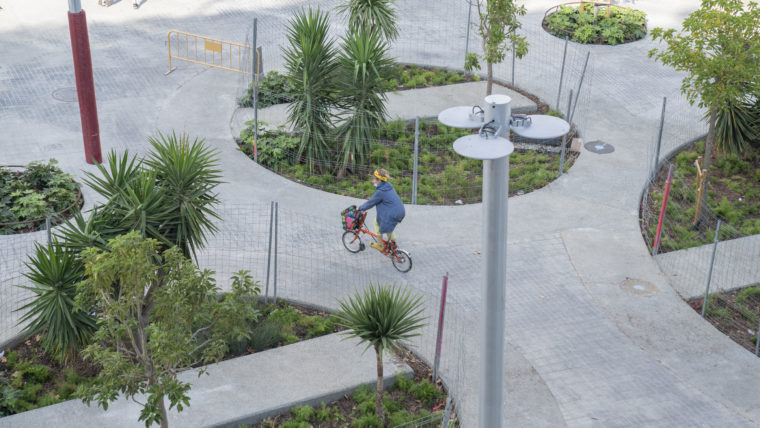 An overall area of 14,000 square metres has been revamped: streets here now have curbless paving, with more space for pedestrians, more spaces for people to spend time in, parterres, greenery, trees and loading and unloading points for vehicles.

Sustainable mobility is a central part of the citywide Barcelona Superblock plan currently being rolled out. In the specific case of the project for the streets of Almogàvers and Zamora, traffic lanes have been reduced and are for use by local residents and service vehicles only, with low speed limits applied. Bikes can use the new traffic-calmed streets in both directions.

In addition, at the junction between the two streets there is also a square of 2,000 square metres which has been turned into a green area with circular parterres in the middle.

In terms of urban furniture, new bike parking has been installed, along with new street lighting using lampposts, the spring on the corner of Almogàvers and Pamplona has been renovated and new trees and bushes planted, such as European nettle trees, oaks, bay trees and ombú trees. The new green streets will also use the Districlima network, which offers a more efficient means of heating buildings and sanitised water, the SUDS drainage system to reduce the risk of flooding, and the pneumatic waste collection system.

The green sections of Almogàvers and Zamora is not a one-off project, but rather forms part of the new street model for the 21st century set out in the Barcelona Superblock plan, soon to be implemented in L’Eixample. The prevision is that by 2030, one in every three vertical and horizontal streets in the 22@ area will be green, with 70% of its space given over to pedestrians and nature. This will also improve connectivity between Pl. Glòries and Av. Meridiana, as far as the neighbourhood of El Besòs i el Maresme.

The following projects will get under way in the coming months, renewing over 3 hectares of public space and involving an investment of over 20 million euros:

The regeneration of all these sections during this term of office means four new squares will have been gained in the area covered by Cerdà’s street plan: the square completed between Almogàvers and Zamora; one between Puigcerdà and Bolívia and another between Cristóbal de Moura and Puigcerdà.

These projects come in addition to other re-urbanisation and street-calming measures implemented since 2015 in Sant Martí, such as the Poblenou superblock, the squares in Dolors Piera and the space at the Jardins de Ca l’Aranyó, the Pere IV axis, work in the streets of Tànger, Pamplona, Àlaba and Marroc, all geared towards giving back public space for citizen uses and strengthening sustainable mobility. By 2023, nearly 23 hectares of public space will have been regenerated and improved, equating to 18 blocks in Cerdà’s grid plan and putting daily life at the centre, providing cohesion for neighbourhoods and favouring sustainability. 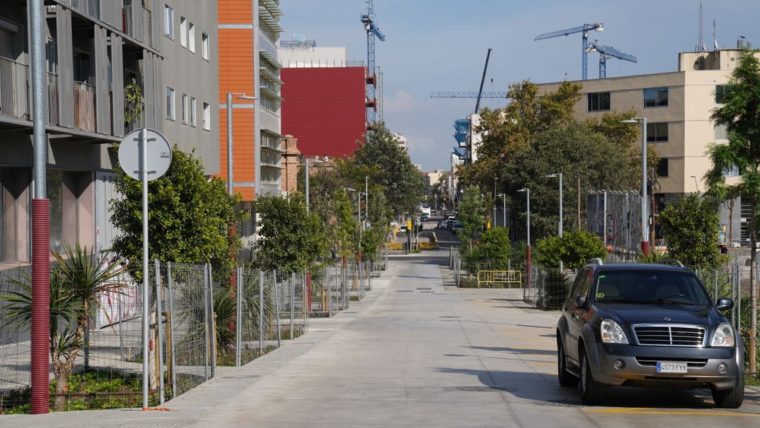 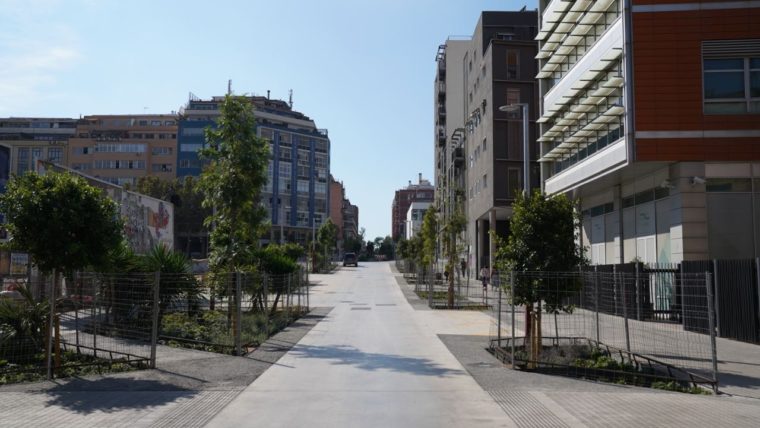 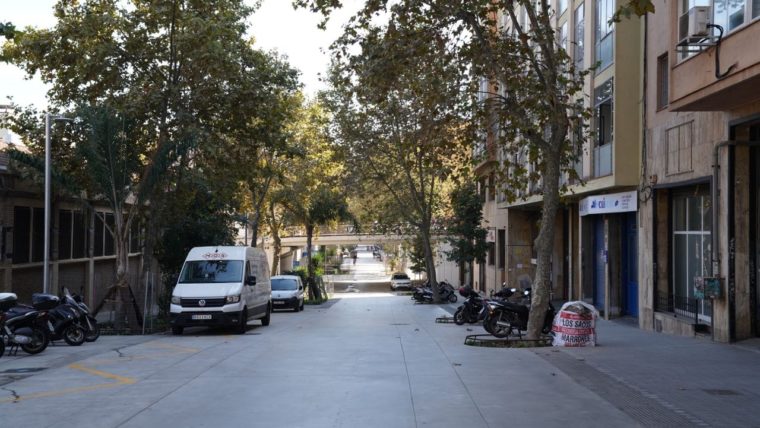