“Accepted”, is the status of the proposal to create more green spaces, put forward by Iris Codina as part of the Municipal Action Plan (PAM). 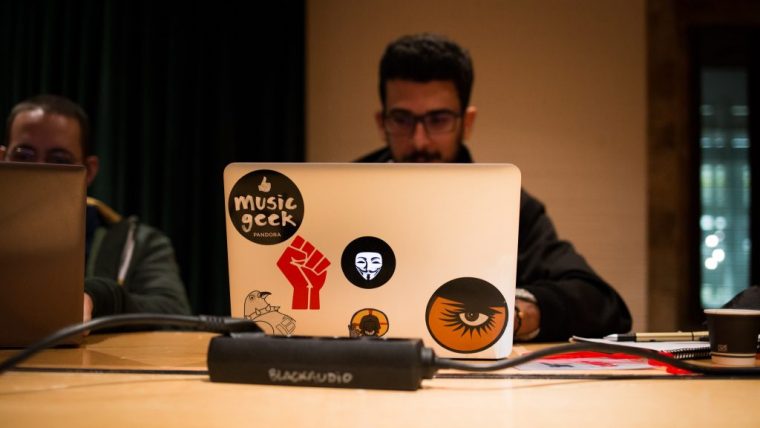 Iris lives in Barcelona and took part in the open process for city residents to define the Municipal Action Plan (PAM) in 2016. She did it online too, using the decidim.barcelona platform created by the City Council that same year to get citizens more genuinely and directly involved in what the city decides and how it acts.

Since then, 38 processes open to digital participation have been conducted, ranging from large-scale processes such as the PAM itself, to specific projects such as the design for the street layout in Via Laietana. These processes have generated over 13,665 suggestions and proposals in all, of which 9,461 were approved after being evaluated. Some have already been implemented and others will be soon, having been built into government measures or City Council regulations.

Proposals, backing, adhesion, debate, follow-up and more… participation has many sides to it

During the PAM process, Martin Garber proposed “fighting against product obsolescence, planned or otherwise” Using his participant profile on the platform he was able to keep track of how his proposal was doing. In his case, the City Council’s plan to boost responsible consumption is the tool which covers some of the elements in his proposal.

Being able to follow-up is one of the most innovative sides to the online participation strategy, as it ensures that people who get involved get something back out of it and can use the platform to find out if their proposals get incorporated into municipal policies.

In this respect, technical staff at the City Council consider the platform as essential for guaranteeing the principle of genuine democracy. “Participation needs to be extended to every group and all citizens, in all their diversity, with transparency and with guarantees that they’ll get something back from their participation”, explains Andreu Parera, from the Department of Active Democracy Services.

“Participation needs to be extended to every group and all citizens, in all their diversity, with transparency “.

Albert Pérez, secretary of the Municipal Schools Council (CEM), also confirms how useful projects like Decidim are, with a specific example: thanks to the platform, the CEM elections can also be conducted via internet. Although it’s an ongoing project, it has enabled many more candidates to stand than in previous processes, which were only carried out in-person.

In the district of Sant Martí, the “Repensar el 22@” project to redesign the 22@ area was also conducted with various local stakeholders, complementing face-to-face meetings with the digital participation option offered by decidim.barcelona. According to Albert Martín, in charge of the project, “the combination of the two types of participation was the key to the success of the process, which has built in 45 proposals from citizens and concludes with the agreement for a more inclusive 22@”.

Beyond Barcelona, a free tool within everyone’s reach

Decidim Barcelona has basically been developed specifically for the city of Barcelona using the Decidim platform, a free open-source digital infrastructure for digital democracy.

The term ‘digital infrastructure’ describes a series of tools, resources, datasets, documents, codes (legal, IT-based etc.), interfaces and digitised services. And what does ‘free and open’ refer to? It means anybody can access, copy and modify the series of tools to build the online participation platform they want, according to their needs, but sticking to the same open access conditions used by the software. In other words, it can’t become exclusive, with users paying to use it or modify it, but rather its development remains open so that everyone can use it or improve it.

The Decidim digital infrastructure was created by the City Council for democratic processes in the city of Barcelona, the aim being for it to become a common asset. Because of this, in 2017 it was made available to any public or private entity, as explained by Arnau Monterde, the platform coordinator.

The extension agreement with Consorci Localred was signed that year, and since then, in Spain alone, it has been used by 110 institutions and organisations, including 70 municipal councils, two provincial councils (Barcelona and Girona) and the Government of Catalonia. At an international level, the Decidim software is being used in various cities in ten countries, as well as different social organisations.

“Decidim was made using open-source software to ensure a social return from this public investment in technology”.

Along the same lines, an agreement was signed with various entities in the sphere of community action and the social and solidarity economy. These collaboration agreements mean the City Council helps the signatory entities with the technical set-up of the Decidim platform and provides advice on its correct use. For their part, the entities pledge to abide by the social contract for the platform and take part in the Decidim community.

“That’s why it was made using open-source software, to ensure a social return from this public investment in technology”, notes Monterde. It’s precisely this idea of digital commons which runs through the platform project and which is embodied by the ‘social contract’, which sets out a series of guiding principles to be approved and followed by users, who become members of the project by doing so.

These principles can be summed up in five points: software which is always open, however it is developed; transparency, in other words, all content must be accessible; equal opportunities for participants and inclusive access; data privacy, and democratic guarantees, in the sense of responding to citizens and fulfilling commitments resulting from the processes.

Safety of data: how does verification work?

The challenge of privacy is another thing that defines the project in a world of uncertainty over the use and control of our personal data. Monterde says: “In the digital era it’s crucial to have a positive stance on security and privacy. That can only be done if the system and the community is based on guarantees and is open and transparent. Decidim doesn’t use, sell or manipulate data. It actually requests minimum data to be able participate”.

But with so few data, how can people’s right to participation be properly guaranteed? “If action is proposed in certain processes there’s no need for any verification, those involved are those addressed, but would it matter if a good suggestion came from further afield, for instance? In cases where specific decision-making is involved, we can use tools such as the official residents’ list and, in all cases, guarantee that data will never be passed on or used for anything other than the goal of the process”, notes Monterde.

The community as a guarantee of democratic rights and privacy

Optimal guarantees of democracy and security in the social contract come from the community involved, backed by the project called Metadecidim. This open community helps articulate genuinely democratic processes, recognising their public and common nature.

Metadecidim is made up of all the people, entities and institutions which want to have an input and at the same time act as guarantors for the social contract. “There’s currently broad social representation, with 667 participants between citizens, developers and researchers, companies and institutions from all around the world. The project is a space for experimentation, a testing ground for new features for the platform, for detecting improvements and collecting proposals for new features”, observes Arnau.

Decidim is an innovative technology project, promoted as you have seen by the City Council, but to be shared with all citizens, who ensure its collective extension and improvement through the Metadecidim community. For its part, the decidim.barcelona platform is the digital citizen participation tool created for and adapted for the needs of the city of Barcelona, based on the Decidim open-source software.

Many ‘Decidims’ but just one project; the generation of a digital tool for genuine democracy,

in the hands of citizens and under their democratic control. 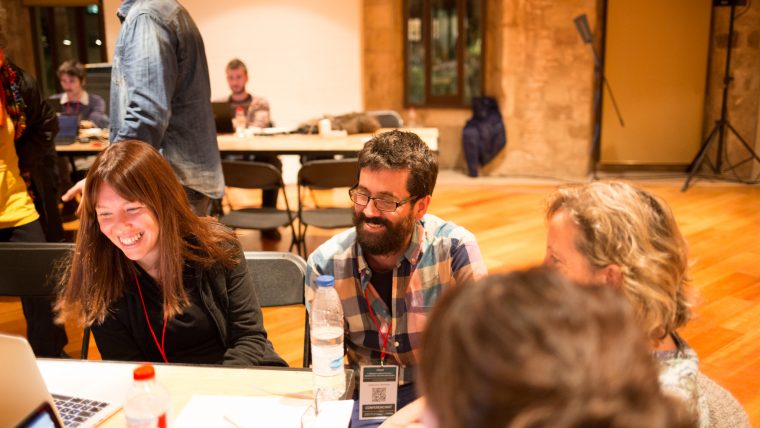 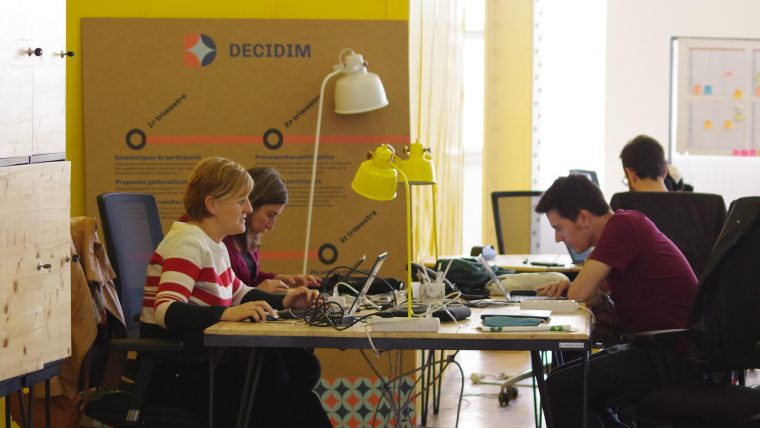 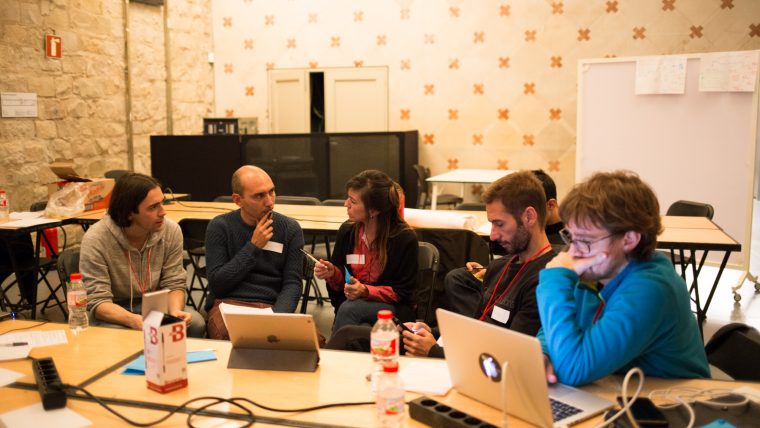