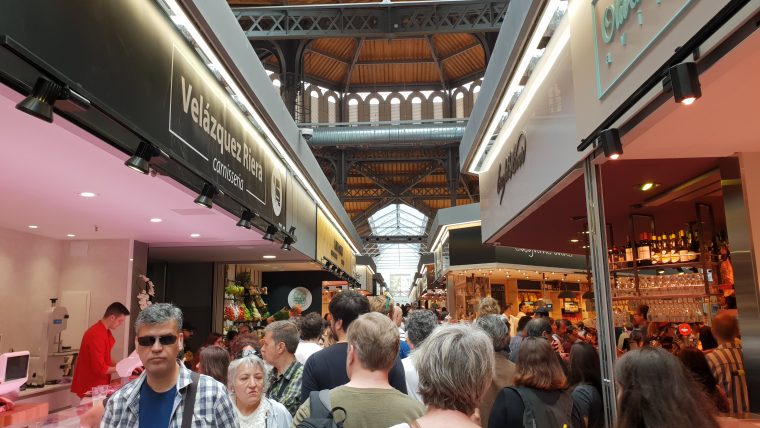 The Mercat de Sant Antoni is to restrict access to groups of visitors as from this Friday in an effort to preserve the existing market model. Access will be restricted for groups of more than 15 people and anybody disrupting the normal functioning of the market will be obliged to leave, whether as a group or individually. This latter measure will also now be applied at the Mercat de la Boqueria.

The Mercat de Sant Antoni will not allow groups of 15 or more visitors, accompanied by one or more guides, to enter the building during market opening hours from 1 April to 30 October. Groups with less people will be able to enter, but will be asked to leave if their behaviour disrupts the normal functioning of the market in any way.

Studies how that taking into account the width of the walkways in the building, a concentration of 15 people is enough to hinder the usual flow of people inside the market. The experience of similar measures applied at the Boqueria and Santa Caterina markets have shown that they help the market to operate properly.

The restrictions to be implemented at the Mercat de Sant Antoni are intended to preserve the current market model and ensure the facility operates smoothly for stallholders and customers, whether regulars or periodic shoppers.

The decree specifies that if security staff detect the presence of organised groups of visitors on the market premises they are to inform them about the prohibition and accompany them outside. If the group has not entered the market they should be directly prevented from going inside and offered and explanation as to why.

One of the new measures to be applied at the Mercat de la Boqueria, as well as at the Mercat de Sant Antoni, means security staff will also provide information and accompany groups of less than 15 people off the premises when their presence prompts a build-up of people which obstructs market walkways and hinders the usual flow of people there. The same will apply when groups make it difficult for customers to get close to stalls or for stallholders to attend to people properly.

The decree also provides for security staff at both markets to invite groups or individuals to leave the premises if:

Security staff at the market, duly accredited and with the corresponding ID badge, will carry out these tasks in accordance with the decree and at all times under the indications of the city’s security bodies, in particular the City Police.

In the same vein, the Barcelona Municipal Institute of Markets has already been in touch with tourist guides to work together to avoid inappropriate behaviour. 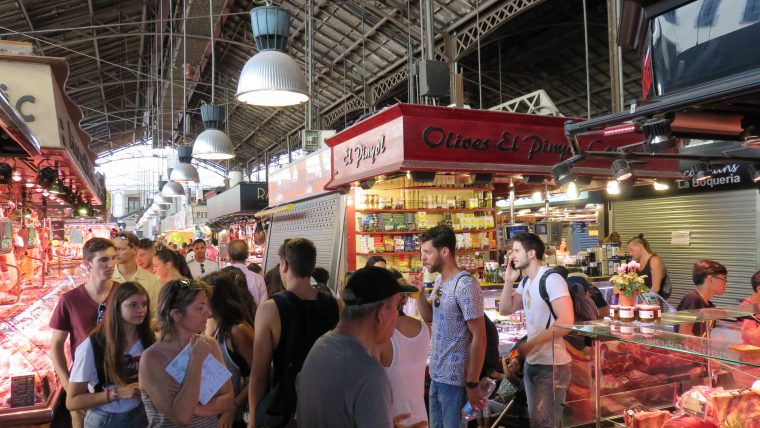