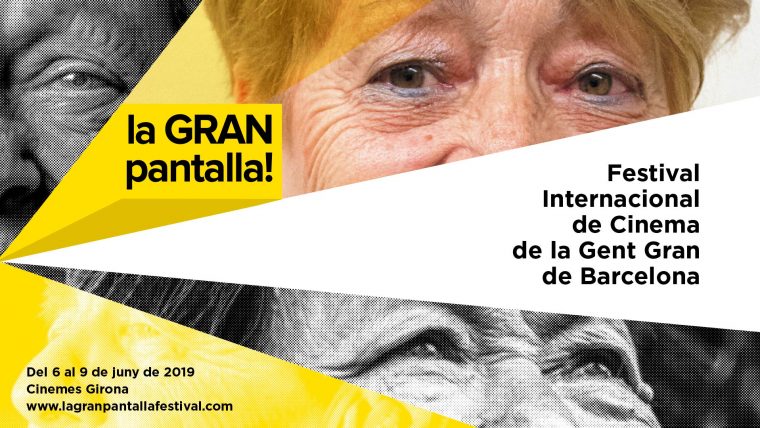 From 6 to 9 June 2019, Barcelona is hosting La Gran Pantalla [The Big Screen], the International Film Festival for Senior Citizens. This free cultural event is being held at Cinemes Girona. The festival aims to offer an event for the city’s senior citizens, while also becoming an inter-generational, cinematographic meeting point where prejudices and stereotypes concerning the elderly can be broken down.

The inaugural film will be Muchos hijos, un mono y un castillo [Lots of Kids, a Monkey and a Castle], a documentary by Gustavo Salmerón, winner of the Best Documentary Goya in 2018. The film closing the festival will be Visages, Villages (Faces and Places), the latest documentary by Agnès Varda.

The Official Feature Film Section will screen both fiction and documentary films telling stories that feature senior citizens and show old age from a new perspective. They are productions from Colombia, Japan, Mexico and Germany. The Official Short Film Section is made up of 16 films selected from over 200 applicants to this year’s festival. They will compete in the categories of the Gran Pantalla Best Short Film Award, the Special Mention from the Jury (if appropriate) and the Audience Award.

Films will be also be screened at the Cineforum, accompanied by a conference with guests from the world of culture and society. They will discuss, with the audience, subjects of great interest that don’t get much public attention. There will be two conferences in this edition of Gran Pantalla: “LGTBIQ+ Senior Citizens” and “Senior Citizens and Feminism”.

The festival is free of charge, but with limited places. You can reserve tickets on the festival website.