Since its implementation, approved during the plenary session in July 2016, the Ciutat Vella’s Economic Development Plan has been working to consolidate the goals considered in the introduction of the Plan 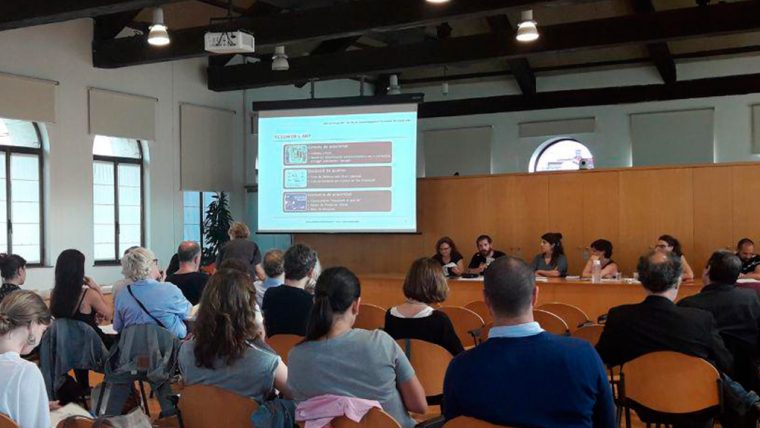 Since its implementation, approved during the plenary session in July 2016, the Ciutat Vella’s Economic Development Plan has been working to consolidate the goals considered in the introduction of the Plan:

The horizon imagined is a new economic model for our neighbourhoods: a model of plural, diverse and strong economy in both, activity sectors and distribution of wealth; and also having the fundamental purpose of meeting all of our neighbourhoods’ needs and our city’s as well.

In 2017, the open call for funds Impulsem el que fas (We Boost What You Do) was launched with an expense of over €700,000 to be invested in projects in Ciutat Vella. So, the Labour Rights Defense Spot was opened, the socioeconomic dynamisation service for Pakistani and Bengali people started, and the Bank of Resources to join up materials of the district was designed and started. On the last May 29, these and other projects were explained during the accountability plenary session on the 2017 budget.

The Ciutat Vella district councillor, Gala Pin, opened the session for the presentation of the Ciutat Vella’s Economic Development Plan 2017 Annual Report framing the EDP in a broad policy to regulate (Plan of Uses) and control (Inspection Plan) the economic activity in the area in order to attend plurality, sustainability, and coexistence. She highlighted some projects like the open call for funds Impulsem el que fas, launched with an expense of over €700,000 to be invested in projects developed in Ciutat Vella during the years 2017 and 2018; the opening of the Labour Rights Defense Spot in October 2017, which has attended over 200 counselling services (individually and in group) and it’s still increasing; and the new service of socioeconomic dynamisation for Pakistani and Bengali people, together with the Southern Raval—Southern Gothic Quarter Neighbourhood Planning; the new Ciutat Vella’s Bank of Resources; the 2017 pilot programme of Commercial Advice (established as Comerç a Punt on 2018); or the design of the call Ground Floor Social Housing — Local Local, which provides those projects that want to develop the economic activity needed in the area with 9 municipal properties, framed in the EDP.

The Technical Team from the Department of Commerce and Consumer Services and Barcelona Activa reported summarised data about these and other interventions started in 2017, and teams of different projects and entities gave a brief explanation of their own experience. Sanja Rahim, from Migrastudium, spoke about the socioeconomic dynamisation service for Pakistani and Bengali people; Caterina Pons and Núria Juaneda, from the Bayt alThaqafa Foundation, about the project funded by Impulsem el que fas; Joana Badia, about the Labour Rights Defense Spot where she is a lawyer; and Francesc Dalmau from Itaka, the entity managing the Bank of Resources, about it; they all shared the state of play of their projects or services with those present.

Click on this link to check the complete report of the Economic Development Plan.

The Ciutat Vella’s Economic Development Plan is boosted by the district of Ciutat Vella and Barcelona Activa together with other areas from the City Council devoted to economic promotion and social development, as the Department of Commerce and Consumer Services, Department of Tourism and Events, or the Technical Team from the Neighbourhoods Planning.