Barcelona and New York, chosen by the European Union to share housing policies 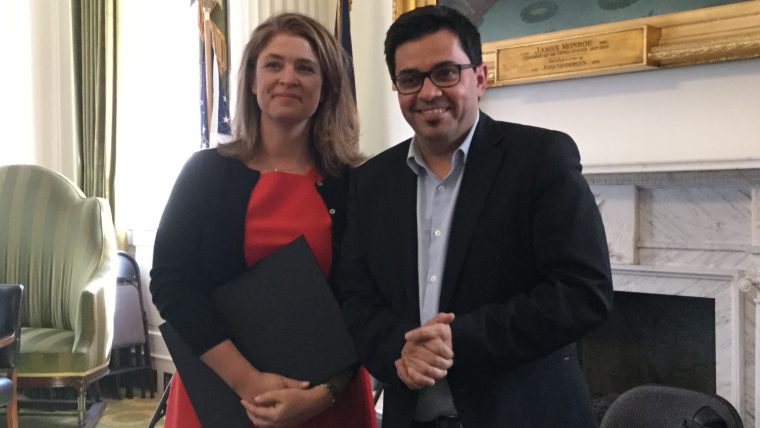 Barcelona and New York have been the couple of cities chosen by the European Commission to participate in the cooperation program “Interational Urban Cooperation” (IUC), a proposal for European cities that want to establish an exchange of knowledge and experiences with cities from other continents. In this case, Barcelona and New York have chosen housing as a theme to treat jointly.

With this initiative, both cities will be able to cooperate for at least 18 months and share their progress in the chosen field. In accordance with the rules of the European program, the cities also agree to develop each one a Local Action Plan for sustainable urban development on the shared priority of knowledge exchange. After this period, the cities will report on their progress and on concrete actions that will be carried out in the future.

This agreement is made public after Deputy Mayor Gerardo Pisarello traveled to New York in last May and met with the Deputy Mayor of New York, Alicia Glen. This candidature was proposed a year ago in New York with the aim of strengthening the relationship between both cities in the field of accessible housing policy.

How does the program work
The Local Action Plans will follow a common methodology and should include economically viable pilot projects and activities that are capable of being carried out in the short term, and in such manner open up market opportunities and the promotion of EU research, companies, other levels of government and the local community.

The program also finances different professional exchanges, trainings and seminars related to the implementation of the exchange aspects of cooperation between cities.

Text and image: Press Service of the Barcelona City Council

Related information in Infobarcelona: Housing and the solidarity economy, the focus of the municipal visit to Montreal and New York.