Barcelona is committed to the United Nations 2030 Agenda 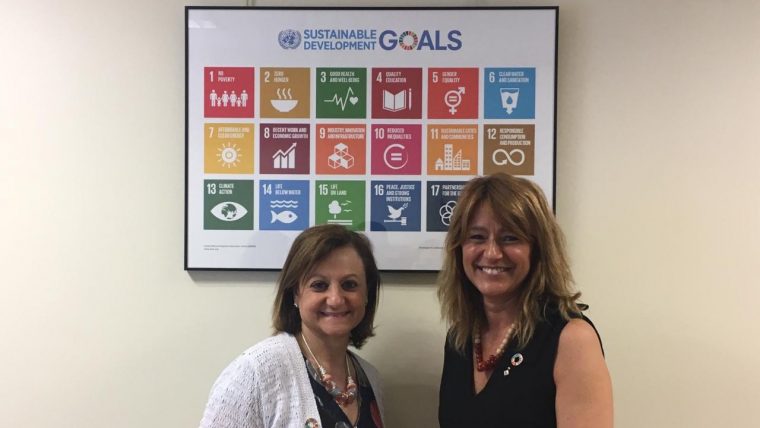 The deputy mayor of 2030 Agenda, Digital Transition, Sports and Territorial and Metropolitan Coordination of the Barcelona City Council, Laia Bonet, met in Madrid on July 24 with Cristina Gallach, high commissioner of the Spanish Government for the 2030 Agenda, to convey “the determined will” of Barcelona to comply with the 2030 Agenda of the United Nations to face the great challenges in the fight against inequality, inclusive growth and the fight against climate change, through the Sustainable Development Goals (SDG).

Through this meeting, Laia Bonet wanted to establish an institutional contact with Cristina Gallach in order to create a stable framework between the City of Barcelona and the Spanish State that helps the two administrations to achieve the SDGs through the 2030 Agenda. Bonet stressed that “Cities have to be decisive actors to address this 2030 Agenda, and Barcelona wants to lead the digital and energetic transition and the territorial coordination necessary to obtain a resilient, habitable city with zero emissions and zero poverty in 2030″.

Cristina Gallach and Laia Bonet set out to look for synergies and collaboration strategies that allow for an effective implementation of the 2030 Agenda both in the Barcelona City Council and in the city. Gallach is under the direct dependence of the President of the Government of Spain and she is responsible for coordinating actions for the country to fulfill the 2030 Agenda, the commitment assumed in 2015 by 193 United Nations countries.

Recent related news: The Barcelona City Council presents its progress on the Sustainable Development Goals. On March 23, 2019, the Councilor for International Relations, Laura Pérez, presented to the plenary of the Municipal Council the report on the application of the Sustainable Development Goals in Barcelona and launched a work proposal to make it possible for the city to reach them.
[Access to the report on the BCNRoc portal (in Catalan)]