Barcelona opts for a housing model based on people’s rights 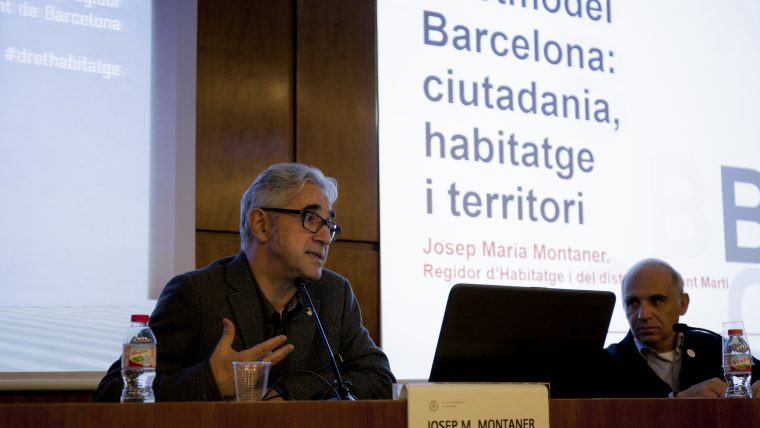 The Councillor for Housing at Barcelona City Council, Josep Maria Montaner, has highlighted the importance of putting citizens and their needs at the centre of municipal housing policies, in a talk entitled “Postmodel Barcelona: citizens, housing and territory”.

“Making Barcelona for the people is the municipal government’s aim”, he insisted, as he explained the cornerstones that the City Council’s housing policies were founded on.

A public housing stock to take on the housing emergency

In the first place, the need for tackling the social emergency caused by housing evictions. Montaner pointed out that 94% of current evictions were the result of families being unable to afford increases to their housing rent. The Council has therefore opened up help lines for rent payments and alleviating the effects of energy poverty.

The Council has also created an observatory which analyses rental prices in the city, for monitoring the development of the market and being able to establish a standard price in housing rents.

Secondly, the Councillor mentioned the public housing stock, a key element in promoting social housing policies. He explained the intention to increase the stock of social-rented housing, also observing that a census of empty flats was being set up so owners could make them available to public rented housing pools.

He also emphasised the importance not just of having a stock of public housing that covered current needs, but also of promoting social housing through social policies ensuring this right for citizens.

Finally, the Councillor emphasised renovation policies and cohousing promotions as a means of redefining a new housing model in the city.

As for the former, the aim was to apply it to existing buildings so as to make further use of the housing stock. As regards the latter, City Council now has seven plots of land that will be put out to tender over the coming days to foster cooperative housing in the city .

Before he concluded his speech, the Councillor mentioned tourism as a conditioning factor for the housing market and, inevitably, for housing policies in Barcelona. “Mass tourism is causing the destruction of local commerce and an increase in rental and purchase prices, pushing out the long-established population and leaving large numbers of empty flats in its wake”, he bemoaned, while championing the halt to building new hotels.

Josep Maria Montaner, an architect by training, delivered his speech as part of the Tribuna COAC cycle of talks on architecture, organised by the  Architects’ Association of Catalonia (COAC). 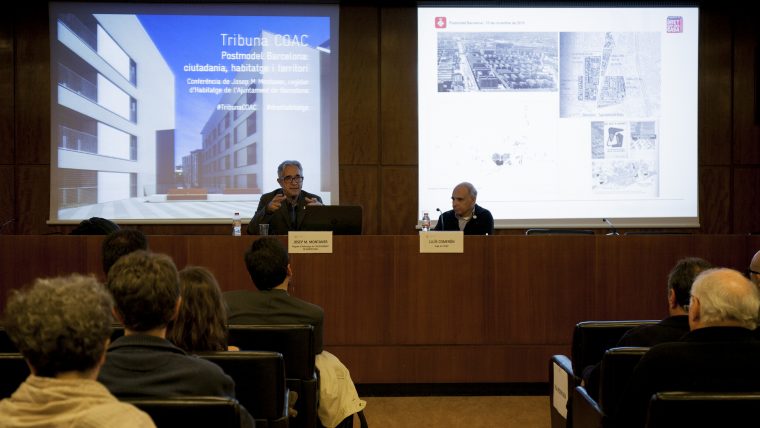 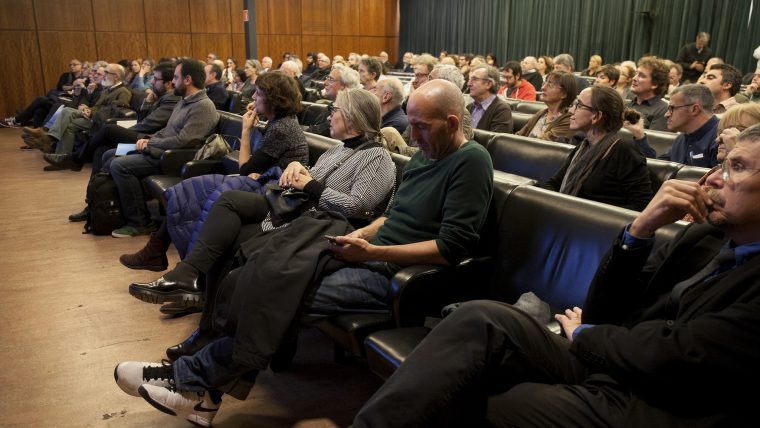 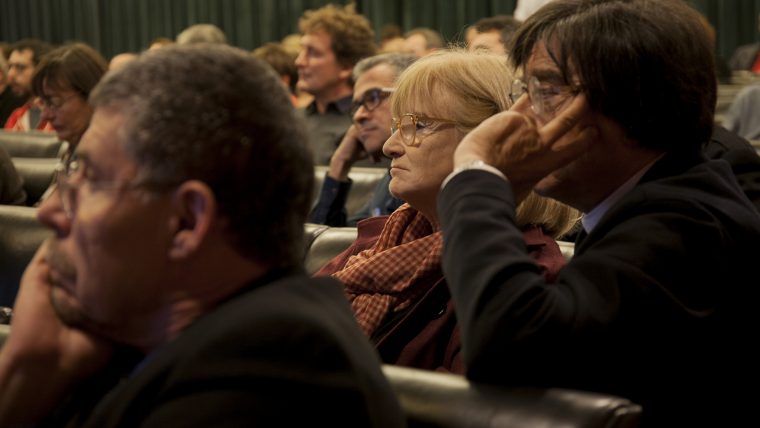