The first meeting was held for seven big cities in Spain to agree on shared strategies for tackling the Covid-19 crisis. A working group was set up and will meet regularly, and a declaration was approved calling on the central government to devote more resources to social and economic measures to get through the crisis. 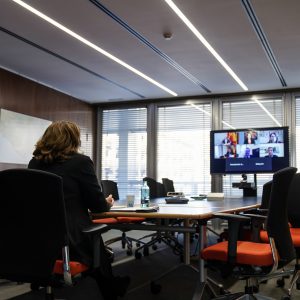 The mayors of Madrid, Valencia, Seville, Malaga, Zaragoza and Murcia took part in a meeting along with the Mayor of Barcelona, Ada Colau, between them agreeing that unity and coordination between all administrations is needed to find the best response to the Covid-19 crisis.

The mayors also highlighted the need for measures to ensure the budgetary capacity of big cities, which represent the front line when it comes to support for citizens and handling the social and economic needs of local and household finances.

The following proposals were agreed on:

The cities of Bilbao, Las Palmas and Palma de Mallorca will also be taking part in the next meeting.

At a European level, the cities of Paris, Amsterdam, Milan and Barcelona have sent a letter to EU institutions calling for Europe to be more united and coordinated than ever to tackle the health and finance crisis.

The message, which other cities can still adhere to, also calls for city councils, as the front line in support for citizens, to have access to extraordinary European funds.