Who do cities belong to? What are we talking about when we talk about gentrification? What makes housing become more expensive and drives local residents out of their neighbourhoods? The Columbia University sociologist, Saskia Sassen, and the Mayor, Ada Colau, discussed these topics in a dialogue in the MACBA auditorium on 5 May 2018.

Saskia Sassen: “An empty building is more profitable than one which is lived in”.

“In Manhattan there are lots of building, high quality luxury blocks, but empty. It’s not that it didn’t work out for investors. It’s that we’ve reached a point where an empty building can generate more income than one which is lived in”. With this anecdote, the sociologist Saskia Sassen highlighted one of the consequences of housing being turned into an investment asset, far removed from fulfilling its social function.

The discussion between the Mayor of Barcelona, Ada Colau, and the Dutch sociologist living in New York looked at the causes and effects of property speculation, how the right to housing is in danger and the lack of proper legal frameworks at a state level to combat property booms.

Battle for the city

It’s in this context that the word ‘gentrification’ is used to refer to escalating housing costs, local residents being driven from their neighbourhoods and the resulting destruction of community networks.

Ada Colau: “We’ve got a state that doesn’t see it or doesn’t want to see it”.

Local administrations are the ones which have to cope with the consequences of gentrification and the lack of affordable housing. In contrast, the corresponding legal frameworks are often the responsibility of the state. In the Spanish state for instance, the Urban Lease Act means the maximum duration for a rent contract is three years, with no means of regulating prices.

This situation means factors such as high demand, restrictions on the housing sales market, job insecurity and the slump in spending power since the crisis broke out in 2008 have led to exorbitant rises in rent prices compared to the available income of city residents.

At the same time, the state is also responsible for tax relief policies which apply to property investment societies, who take advantage of housing as a solid and profitable business asset.

On this basis, the Mayor sees the state as responsible for creating “motorways and airports for speculators”. Responding to the academic when she noted the same problems in the city of New York, Colau declared “I’m not sure if the state doesn’t see it or just doesn’t want to, because it’s pretty obvious”.

New York and Barcelona are two of the cities which have joined forces in the Cities for Adequate Housing declaration. The document was presented at the UN and calls for more powers, more resources and cooperation between cities to use shared strategies to tackle common challenges for global cities.

The declaration was signed by a dozen other cities from around the world and can be viewed at www.citiesforhousing.org.

One example of a response to the lack of affordable housing is to offer a percentage of new-build homes at protected prices. This measure has been in place in New York for some years and has initially been approved in Barcelona. Other cities such as Montreal are also looking into it.

Ada Colau: “The city is at stake. We’ve got to think of new solutions”

In their discussion on 9 May, Colau and Sassen see pressure and popular mobilisations as a means of regaining the right to housing and the right to the city. For her part, the Mayor called on all social bodies, local residents, academics and the cultural sphere to think of solutions within the new mindset generated by speculative pressure.

Saskia Sassen: “The city is the place where those with no power can stand up”

In the same vein but with more of an activist’s outlook, Sassen sees cities as places where there’s always the possibility of mobilising, of standing up for the right to the city and the right to housing, which form the basis for human rights and are an essential condition for guaranteed basic services and quality of life. 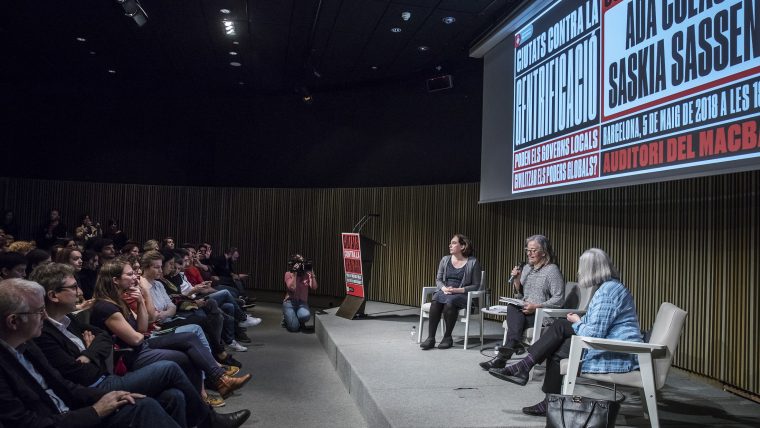 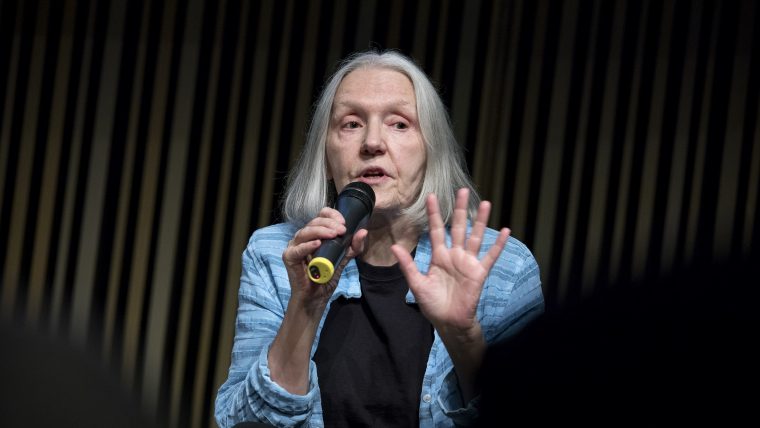 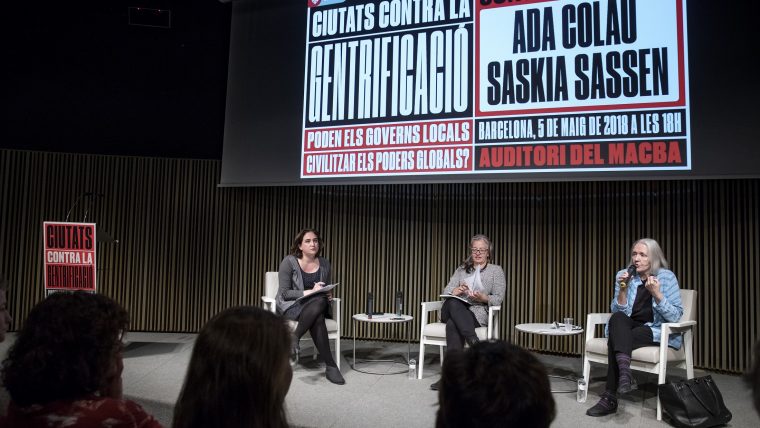 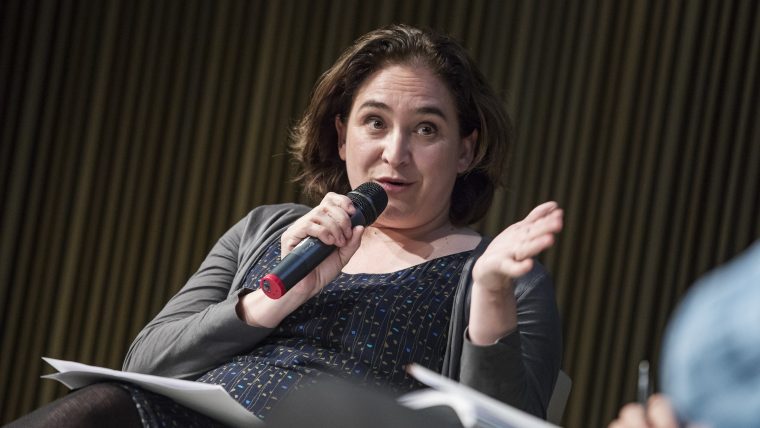 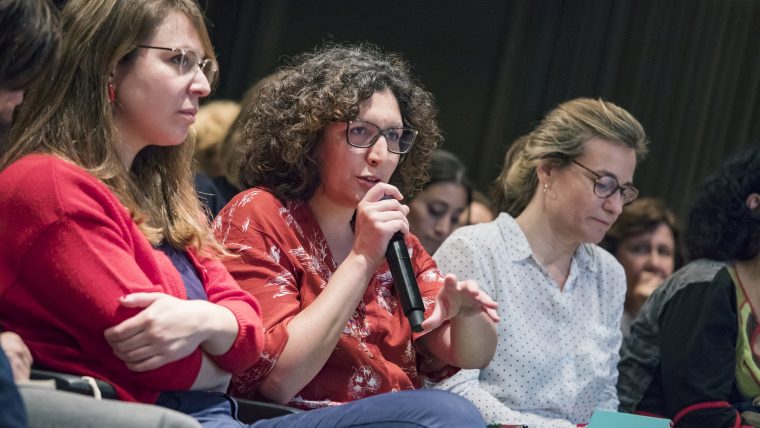 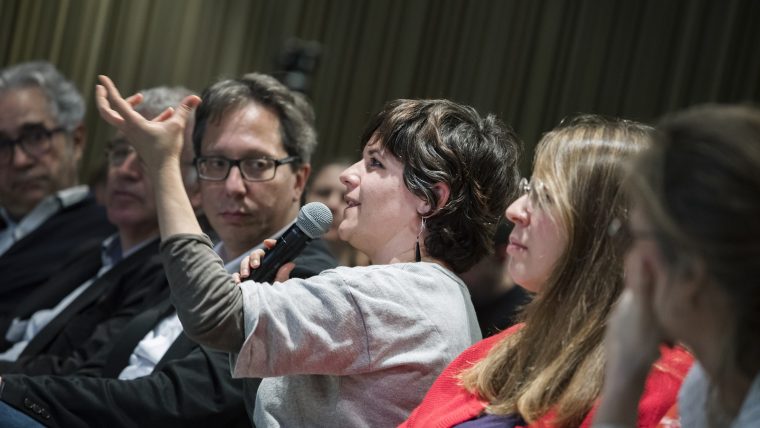 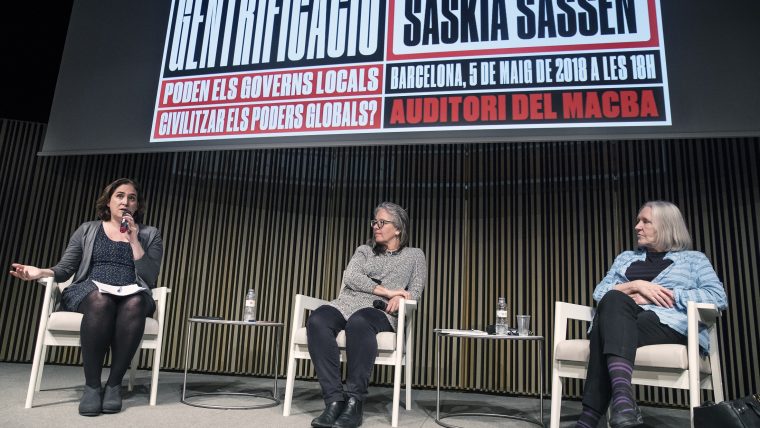